Home › Market Overview › Space as a business: what hides beyond the rockets launches

Space as a business: what hides beyond the rockets launches Spaceships are no longer romantically surf the Universe but pragmatically sawing it in pieces. The “entrance ticket” to the solar system costs hundreds of millions.

The sky is not the limit

The modern world will remember Russia not as a superpower, which first organized a manned space flight but as a country that rejected Elon Musk’s proposal.

58 years ago, only world superpowers could construct a rocket of incredible complexity, conduct multistage tests and view the Moon not only from a telescope.

It is not known for certain how much was spent both before Yuri Gagarin’s catchphrase “Poehali!” (Let’s Go) and after his final “I am burning, farewell, comrades!”. The question then was not money, but to do great things – and be the First. Countries fought precisely to end up being the Master of the space. The most important thing was “whose flag will be set earlier on the Moon surface”.

A little later, passion for the sky went to people: anyone could buy a “piece of the moon” or “name the planet” step to the beloved one. Of course, all these deals remained at the level of an innocent game with scammers, while the government was still responsible for the main space launches.

But times have changed, and it happened frighteningly dramatically. Somehow, suddenly, the largest world powers began to seriously give way to progressive and brilliantly equipped corporations. Ordinary companies who have enough money, talented specialists and perseverance in order to make ships – easier to construct, launches – cheaper, and development – faster.

From the hero country, Russia has become a “cosmic outcast”. When “Roscosmos” decided to cut off the oxygen to the plans of Elon Musk, voicing too much sum for the realization of the only one mission with the plants delivery to Mars. Too much even for him, the billionaire! As a result, he has founded SpaceX and successfully launched “Crew Dragon”. At the same time, the Ural plant of “Roscosmos” has been already without orders for half a year.

Perhaps this whole situation opened the eyes to business: guys, the sky has no doors, so, why not to start flying to the other planets on a commercial basis – just because we can do it?

Now the international media are full of headlines that “SpaceX, a private company, conducted a successful test launch of the Falcon Heavy rocket.”

This spaceship is capable of delivering up to 64 tons of cargo into Earth orbit, and this is quite a lot. For comparison, Delta-4, the closest analogue by Boeing, is able to carry only 28.7 tons. So, Falcon beats competitors to all respects. E.g., its launch will cost only $90 mln, while the Boeing rocket will detach from the launchpad only with $400 mln investments. 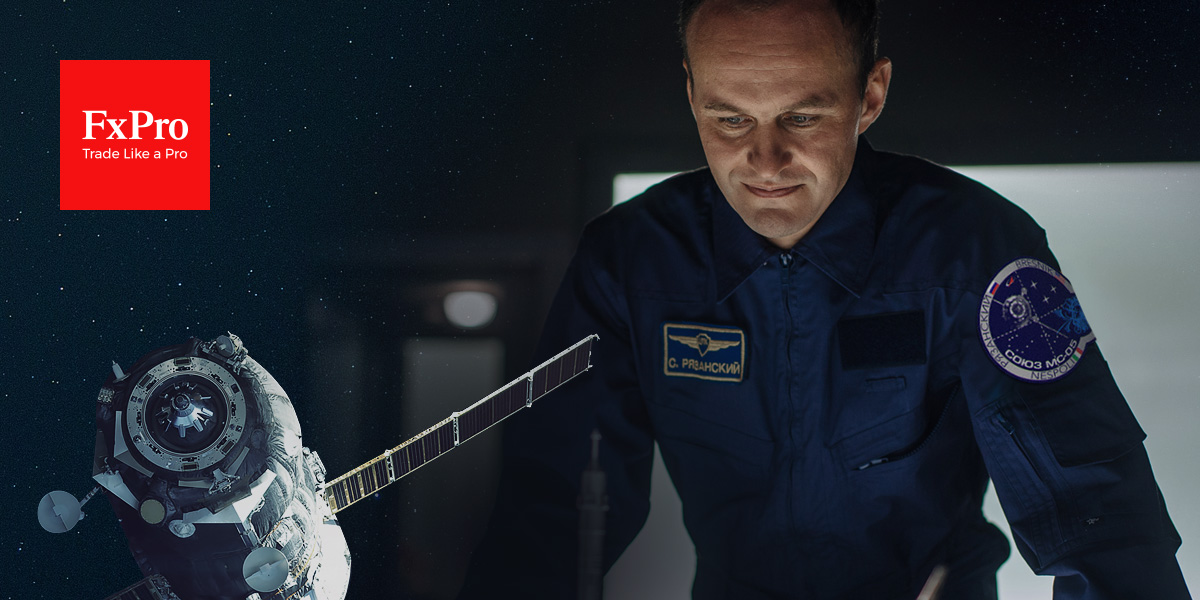 It turns out that now it is not enough just to develop a spacecraft: must also ensure that it is going ahead of the competitors. Otherwise, all the perennial works will go down the drain. Moreover, in this case, one may forget about the support of journalists and top Twitter users. Either your company is number one, or you should start over. That is the new law of the Universe. In fairness, let’s note that SpaceX is not the only company that encroaches on the patrimony of Boeing. Another competitor is Amazon with its New Glenn. Frankly speaking, ordinary citizens did not expect such extraordinary news from Amazon, and this played into the hands of the marketing. According to the company representatives in the media, the spacecraft, putting into orbit up to 45 tons of cargo, will be launched in 2020. Again, see: Amazon is still developing its rocket, whereas SpaceX has already presented it to the market. Believe that after a year, what now seems incredible may turn out to be outdated.

However, it is worth to look deeper: the matter is not in space anymore. Imagine that both Alphabet and Facebook have their own secret projects! Yes, Facebook – yes, the social network.

Formally, behind each such project, there is a recognizable brand and loud (through all the morning newspapers pages) large-scale plans of the Mars colonization. All this is nothing but attempts to gain a foothold in the minds of people with the statement: “Our company is number one, we even fly into space”. Thereby, the demand for the main product promoted is spurred.

The same goal is pursued by all the AI developers and the electro cars constructors.

The impact of each successful launch by SpaceX can be traced via Tesla Motor stock quotes. For example, in the footsteps of a rocket fire test on January 25, they rose vertically by 15%, to $320. Is it not a good investment tool?

It should be noted that all Elon Musk’s projects have a secret ingredient: himself. When some heavy clouds are gathering around Tesla’s reputation, and investors are wondering about the company’s viability, Musk tweets about his new business, or an unprecedented electric car launching, or successful space operation. All this detracts Internet users’ attention and has a positive effect on the rate of stocks. Brilliant strategy, isn’t it?

By the way, the “Steve Jobs’ method” also works out with Musk: impressive presentations of prototypes and emotional communication with potential buyers do their job during speeches. As a result, people are ready to wait for the product for years, how is it still happening (by inertia) with the iPhone fans.

Personal brand as a driver of quotes

However, it’s hard to let the media-dust in the investors’ eyes for a long time. Just a few years ago, they did not demand real achievements from Tesla and were content with the current state of affairs, perceiving plans for mass electric cars production as a beautiful picture in the future. That times, the markets were focused on prospects, and the main driving force was the very statements and tweets by Musk. 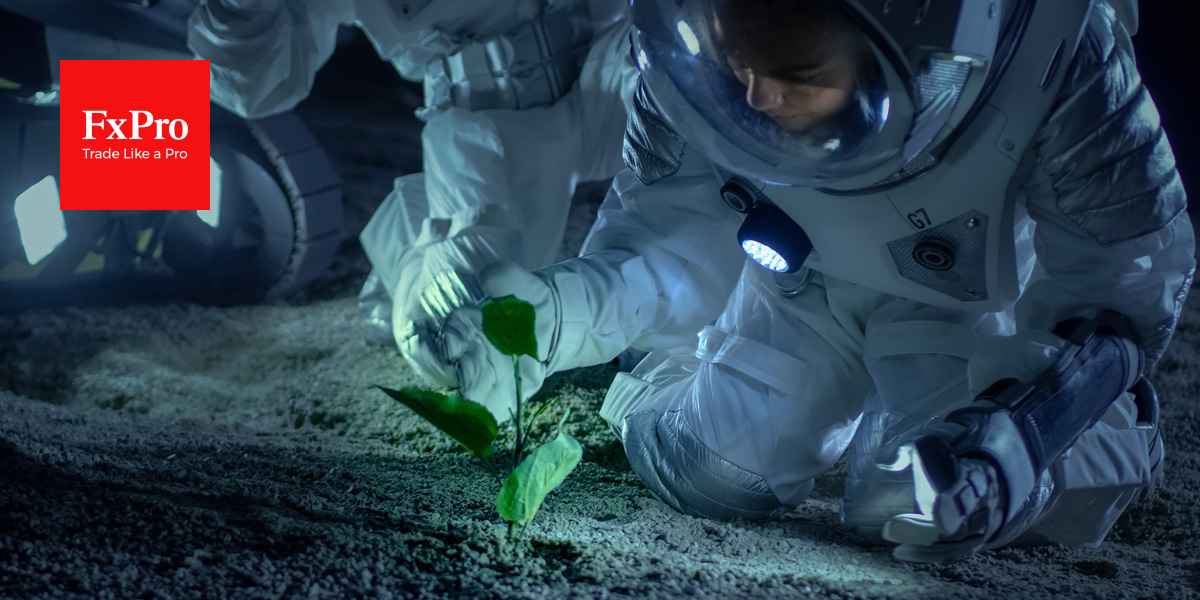 So, the “future” has already arrived, and it is time to answer for the words. Investors have remembered about this, and Elon Musk became a “negative factor” for Tesla: it always happens when business is not built around a product but around a personal brand of its CEO.

As a result, he was in the bind of his own unsuccessful statements, the subsequent case of the SEC and the frequent negative comments of former employees of his factories. It would seem that not the most significant corporate news turned for a self-centred Tesla a strong decline since last December. During the last 6 months, stocks have lost more than a quarter of their value.

This is quite curious since usual Tesla Motors’ stocks go right up against the market: they grow at the peak of the general fear on stock exchanges and fall amid the recovery of global index quotes. Now it’s becoming clearer that Musk’s projects are much more likely to be mega successful. But will Solar system be interesting to him if Tesla goes bankrupt? After all, SpaceX’s business is more difficult to sell on the market by entering an IPO but he is definitely enjoying the role of “master of the sky”, observing the wow-effect and positive social response that he is seeking.

Space and people: reaching out the stars

It is possible that the news about the colonization of Mars is so often exaggerated in press specifically for our brains powdering. The urgent Earth problems do not disappear: moreover, the sums that go to the rockets would not hurt to solve pressing issues we face day-to-day.

The Soviet Union at one time lost its base for growth, being distracted by space wars. It is possible that this time, instead of environmentally friendly and economical cars, as well as the development of the infrastructure of Google or Amazon, all business and marketing forces will be aimed at convincing people to buy shares of development companies. Well, if this is indeed the case, it can be a great investment idea. In any case, the shares #Amazon, Tesla Motors and Boeing definitely worth to consider.

If we talk about a more practical issue, then Musk, with his eye of cost optimization, will most likely be the person who makes space flights available to almost everyone. It is possible that ordinary people, who are dissatisfied with the work of the government and cannot find their place in life, may well sell their real estate on Earth in order to fly to Mars with the first colonies of settlement in the nearest future. Musk tweeted that the cost of such a flight would be from $100K to $500K. Moreover, the return ticket is promised to be free. For those who want (and can) to return.

No doubt, all that will open the doors to crowds of fraudsters. It is possible that they will call themselves “official representatives of space organizations” and offer you to sell your house for a “ticket to space ride.” Guess what will happen next. Whenever it starts, don’t give in.

Therefore, it can be said that from ordinary citizens space is still as far as before.