The dollar was hit on Tuesday afternoon after the release of disappointing manufacturing activity data. Earlier we noted that the U.S. currency and the stock market are moving synchronously, as was confirmed by recent market reaction.

The US Manufacturing ISM Index experienced an unexpected and sharp decline to 47.8, the lowest level in 10 years. Traders and market analysts on average forecasted the strengthening of the index up to 50.4. As a result, the dollar sharply turned to the decline from the levels near the 2.5-year highs and currently USDX is losing around 0.6%. The S&P500 fell by 1.3% on Tuesday in response to the publication.

This index often acted as a reliable leading indicator of economic activity in previous years. Its unexpected drop after two Fed rate cuts confuses the American Central Bank and adds nervousness to the markets. After all, the question is now whether the Fed is right, assuming that the measures already taken will be sufficient.

At the same time, other economic reports paint a more favourable picture so far. A separate study by Markit – which also analyzes the economies of Europe and Asia – just noted the increase in business activity after 4 months of almost stagnation. Auto sales in the USA have been growing for the second month in a row; impressive growth is seen in home sales. 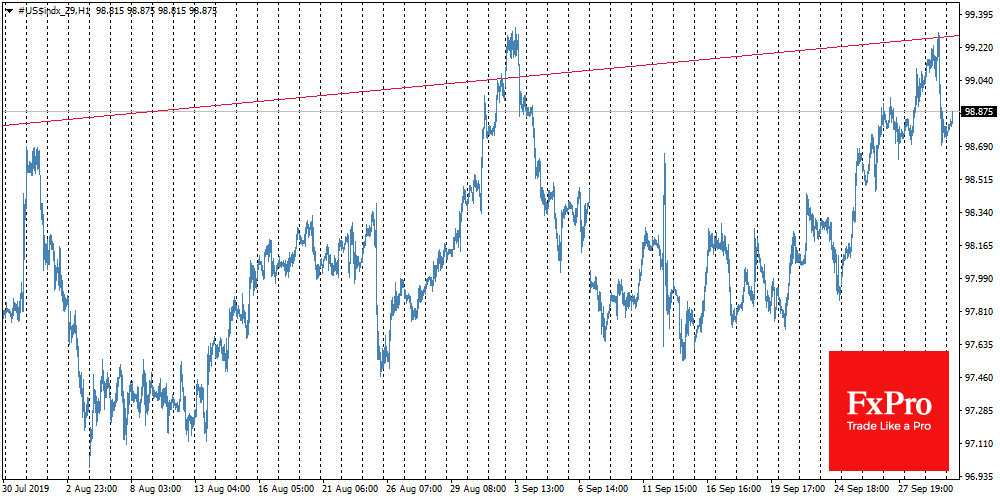 As the FxPro Analyst Team said, weak data from ISM looks unpleasant surprise, potentially attracting even more attention to Friday’s data on the labour market in the U.S. Besides, it is also worth expecting increased attention of market participants to other labour market indicators. 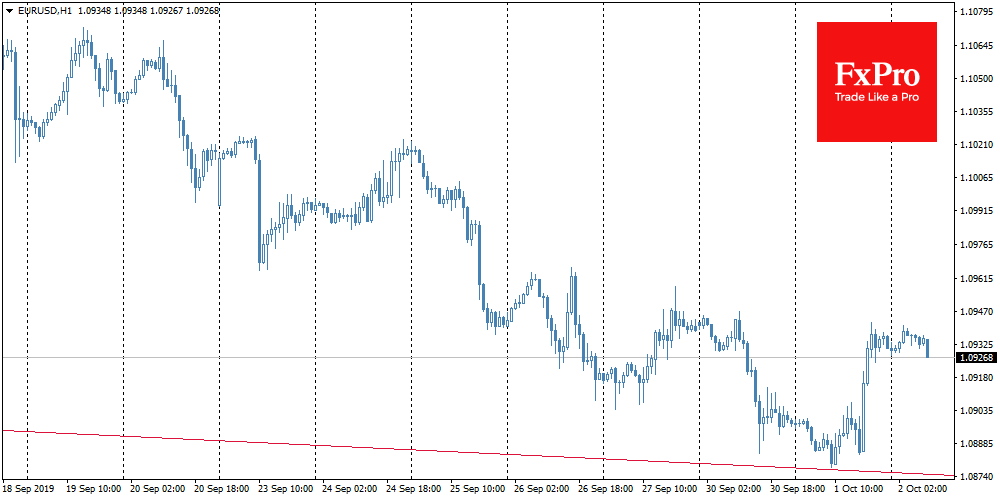 Today ADP will publish its assessment of private-sector employment. The index has been strengthening for the previous three months after the weak results in May, but this time the market analysts on average expect the growth to slow down from 195K to 140K.

Also, four FOMC members will be speaking in the next 24 hours, and the markets will probably pay more attention to their estimates of the published data and what will be the next decision on the rate at the end of the month.