Market focus Trade disputes have an increasingly significant negative impact on the global economy. The manufacturing PMIs for Asian countries published this morning showed a decline in manufacturing activity from Japan to Taiwan. Chinese data showed a constant level of 50.2, which reflects a very weak growth. During the day, relevant figures for Europe and America will be published. European indicators are expected to be below 50, reflecting a decline in production activity. In the U.K. and the United States, by contrast, analysts expect to see some acceleration of growth.

Stocks Asian indices show a decline in the area of multi-month lows. Heng Seng Index fell to its 4.5-months lows. The Japanese Nikkei and the American SPX are near their lows since early February on fears that trade disputes would have a significant negative impact on business activity. Market participants are worried that the situation is worse than previously expected. Reduced bond yields and pressure on stock markets make it clear that the current central banks’ measures are not enough to sustain long-term economic growth. 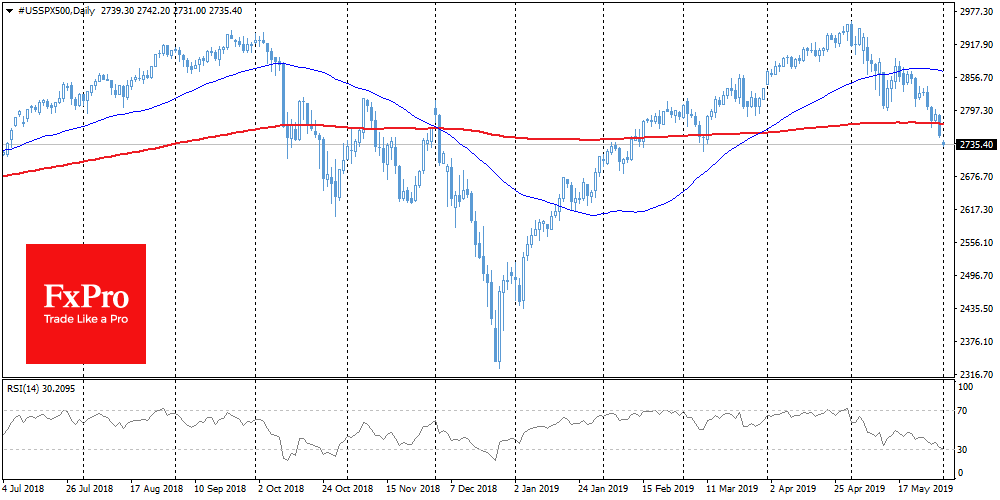 EURUSD The euro again received support in the downturn to 1.1130. The demand for defensive bonds increases the momentum of demand for the single currency. German 10-year yields fell below -0.2%, updating historic lows. Even the Greek bonds yield is fell to the lowest in recent years, reflecting the growth in demand for these bonds. The EURUSD’s 50-day moving average may again serve as an important resistance level, but market participants can avoid going beyond 1.1130-1.1200 in the first half of the week, waiting for comments from the ECB on Thursday and data on the US labour market on Friday. 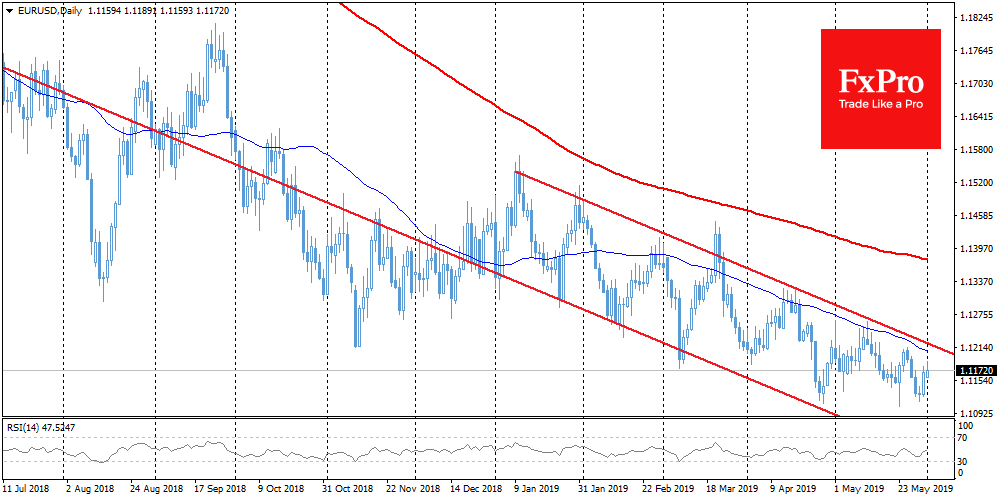 Chart of the day: Gold Gold rose to $1315, touching the maximum levels since March, climbing 2.7% during the rally over the past 3 trading sessions. The momentum towards defensive assets allowed gold to break the downtrend, which was in force from February to May of this year. In case of continued growth, gold bulls can rely on the previous local highs at $1320 and $1340. Among the more distant growth targets is the region above $1360 near the highs of the last four years. And in this case, it will strengthen the fight of gold bugs for a long-term trend. 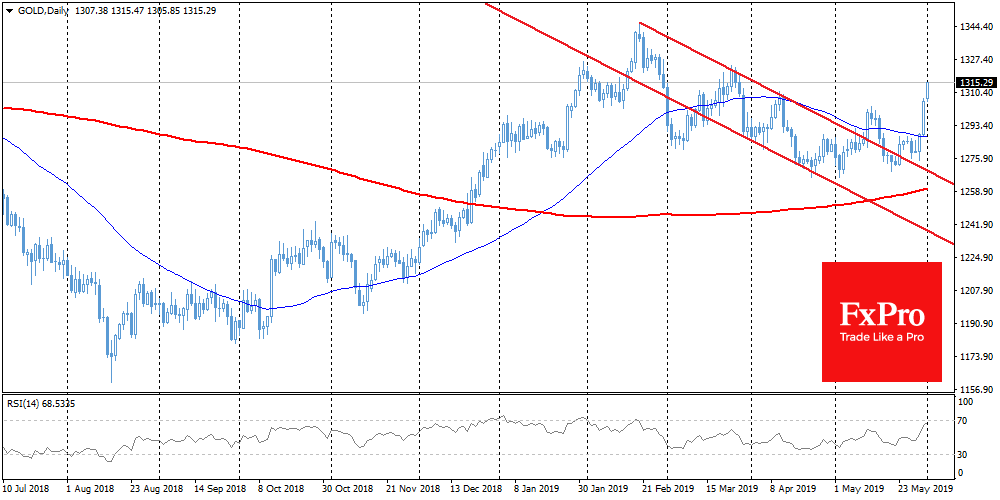