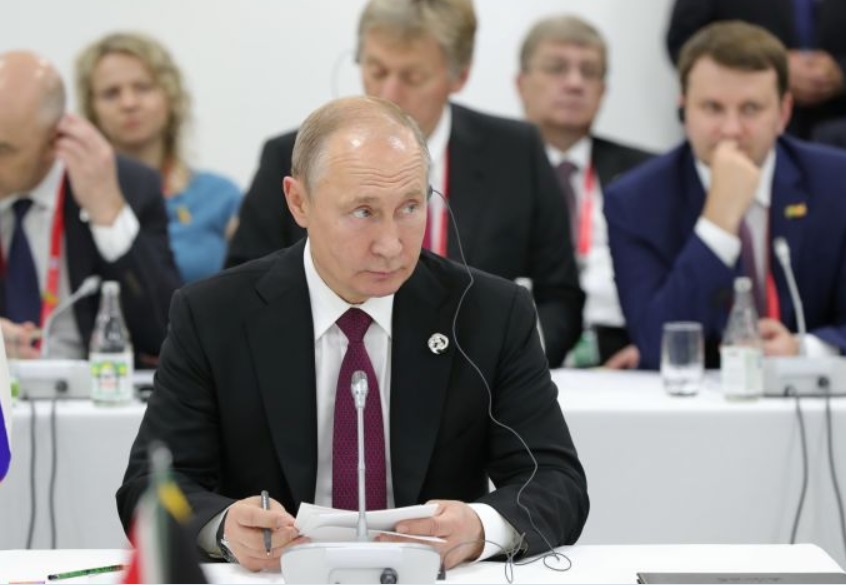 Russian President Vladimir Putin believes the dominant western ideology since the end of World War II has “become obsolete.” In an interview with the Financial Times published Friday, the Russian president said liberalism has now come “into conflict” with what people around the world want. Liberals “cannot simply dictate anything to anyone just like they have been attempting to do over the recent decades,” Putin said, as world leaders gathered in Osaka, Japan for a two-day G-20 summit.

Putin criticized German Chancellor Angela Merkel’s decision to admit more than 1 million refugees to Germany in 2015, predominantly from war-torn Syria, as a “cardinal mistake.” But, the de-facto leader of Russia for almost two decades praised President Donald Trump for trying to stop the flow of migrants and drugs from Mexico. “The liberal idea presupposes that nothing needs to be done. That migrants can kill, plunder and rape with impunity because their rights as migrants have to be protected,” Putin told the newspaper.

“Every crime must have its punishment. The liberal idea has become obsolete. It has come into conflict with the interests of the overwhelming majority of the population.” Tusk joked that jet-lag had allowed him to read the Financial Times’ entire interview with Putin.

Donald Tusk, the president of the European Council which comprises the heads of state from EU nations, flatly rejected Putin’s argument. He told reporters he “strongly” disagreed with the Russian president. “Whoever claims that liberal democracy is obsolete also claims that freedoms are obsolete, that the rule of law is obsolete and that human rights are obsolete,” Tusk said Friday, before adding that these were “essential and vibrant values” for Europeans.