S&P500 closed Monday at historical highs, adding 0.55% on the day close. Both expected new Fed interest rates cut and possible US-China trade deal served as key drivers of recent market growth impulse. President Trump, in his Twitter, did not manage to avoid this event, attributing these merits to himself.

Resolution of trade disputes and easing of monetary policy should help equally all stocks as the tide lifts all boats. The S&P500 is often regarded as a broad market index, as it includes shares of the 500 largest US companies. However, a more detailed analysis shows that only five heavyweights (Apple, Microsoft, Visa, MasterCard and Oracle) are mainly responsible for this 30% rally from the last Christmas lows. 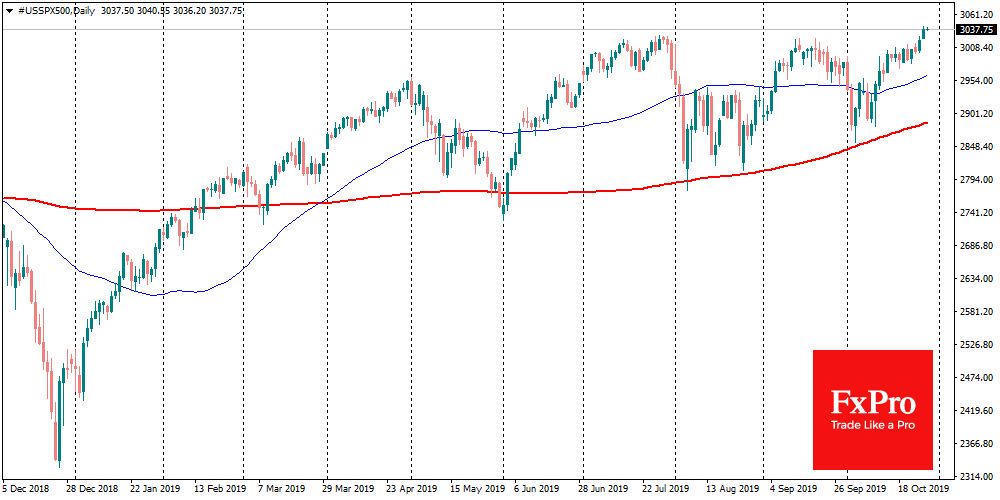 The Russell 2000 Index, which includes small-cap companies stocks, is 10% below September 2018 peaks reached, when market participants gave up hope of soon reaching Sino-US trade agreement. This index runs close to local highs, but since May this year marks a series of lower highs and lower lows.

Such market dynamic points that medium business is stagnating in the current economic conditions, while only the most significant IT corporations can use the present, almost monopolistic positions in their market niches, for revenue and profit growth. 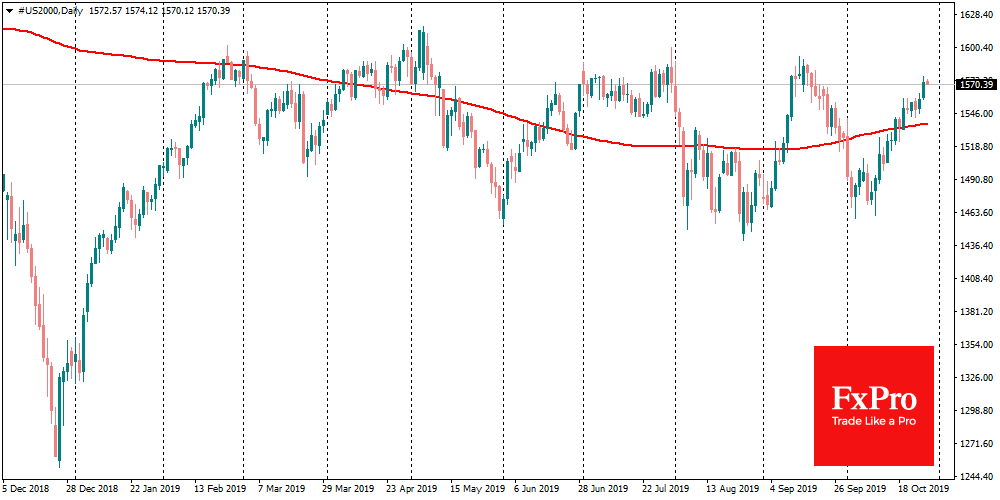 However, the excess weight of heavyweights in the S&P500 indexes, Dow Jones makes these indices vulnerable to a correction, if the news becomes less optimistic. Still, stock markets are mostly dependent on macroeconomic indicators, a large number of which will be published this week.

Thus, today, the agenda includes data on housing market prices and consumer sentiment in the US. In both cases, indices are expected to increase after the decline in previous months.

The recovery of these indices should confirm that the Fed’s policy is bearing fruit. However, it is not necessary to run ahead of the locomotive, gained speed. On Wednesday, a few hours before the Fed’s decision on the rate, the first estimate of GDP for the third quarter and labour market forecasts from ADP will be released. Friday’s NFPs are expected to show modest growth by 90k, which is merely a half of the average monthly increase over the last economic expansion. In all three cases, economists are getting ready to see the deterioration to the previous values, despite the optimistic mood of the markets.

The markets in the form of S&P500 and Dow Jones indices may falter in the next few days, if reliable macroeconomic data do not confirm the very bold expectations of traders.