Home › Market Overview › Putin is the greatest gift to NATO since the end of the Cold War, ex-CIA chief says

Putin is the greatest gift to NATO since the end of the Cold War, ex-CIA chief says 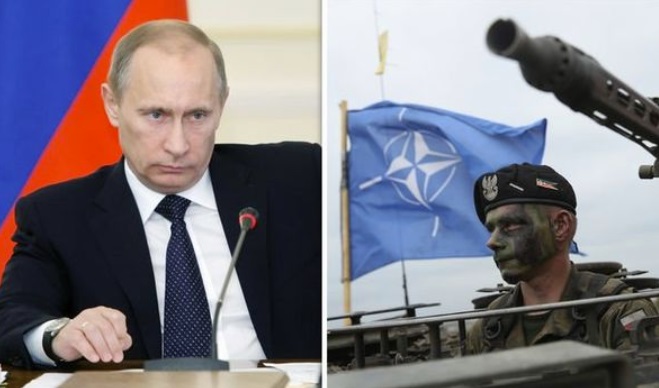 Russian President Vladimir Putin has given NATO a “reason to live again” and is one key factor behind the resurgence and improved capability of the military alliance. Speaking at the Ambrosetti Forum in Italy on Friday, Gen. David Petraeus, a former CIA director, said that NATO is now more capable than it was even just a few years ago.

He explained that recent friction between member nations had actually galvanized cooperation and led to increased spending on defense, but he also said there were two other major factors at play. “One is the greatest gift to NATO since the end of the Cold War and that’s Valdimir Putin and his aggressive actions which have given NATO a reason to live again, if you will, in a very significant way,” he told CNBC’s Steve Sedgwick.

“And also that the European countries, however fragile the economy of the EU may be now, certainly (they) have long since come out of the euro crisis, so they could donate money to NATO as well.” U.S.-led NATO military exercises in Poland and the Baltic states have angered Russia in recent years, alongside the construction of the Aegis Ashore system in Romania and Poland.

The U.S. withdrew from the 1987 Intermediate-Range Nuclear Forces (INF) Treaty with Russia in August. Both sides accused the other of violating the agreement before it collapsed. The treaty was considered well and truly buried when the U.S. tested a cruise missile in August that would have been prohibited under the accord, a test Russia described as “regrettable” and provocative. On Thursday, Putin told an audience that Russia will produce new missiles that would have been banned under the defunct treaty, but added that Moscow would not deploy them unless Washington made the first move.

Putin is the greatest gift to NATO since the end of the Cold War, ex-CIA chief says, CNBC, Sep 6
Article Rating
Rate this post
Related Articles