Market focus Fed Chairman Jerome Powell supported market expectations of a rate cut later this month. Powell noted that despite a good actual state of the economy, trade wars restrain the business from buying equipment. In addition, companies struggling for a market share are wary of raising prices and wages, which creates room for softening policies. Willingness to cut the rate removed the latest concerns of the most cautious market participants and launched a new round of rally, affecting a wide range of instruments – from the dollar and stock indexes to commodities. 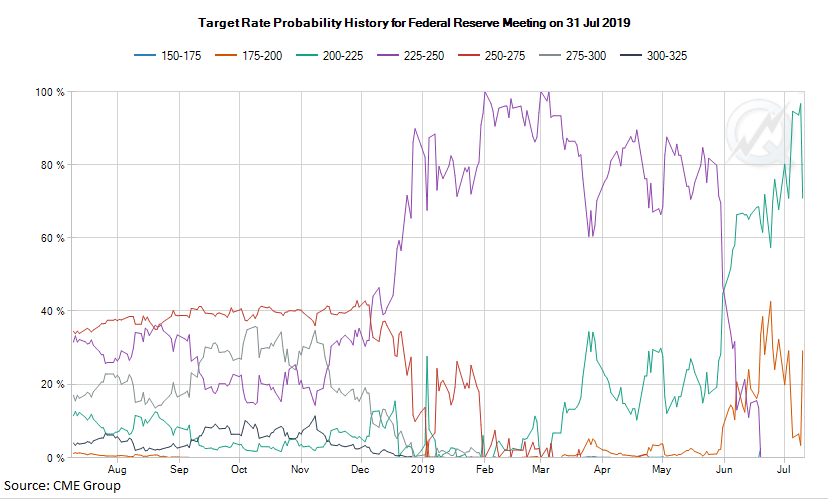 Stocks On Wednesday, the S&P 500 updated its historical highs, climbing above 3000 again. The index experienced some correctional pullback at the close of the US session, but futures returned to historic highs on Thursday morning. Dow Jones also hovers around highs. Nevertheless, the players’ caution during US trading and the sluggish dynamics of Asian indices on Thursday morning set up a generally cautious tone. The Chinese China A50 index was under pressure after a positive start of trading, while the Japanese Nikkei 225 is growing, but is still 0.4% lower than the opening level of the week. 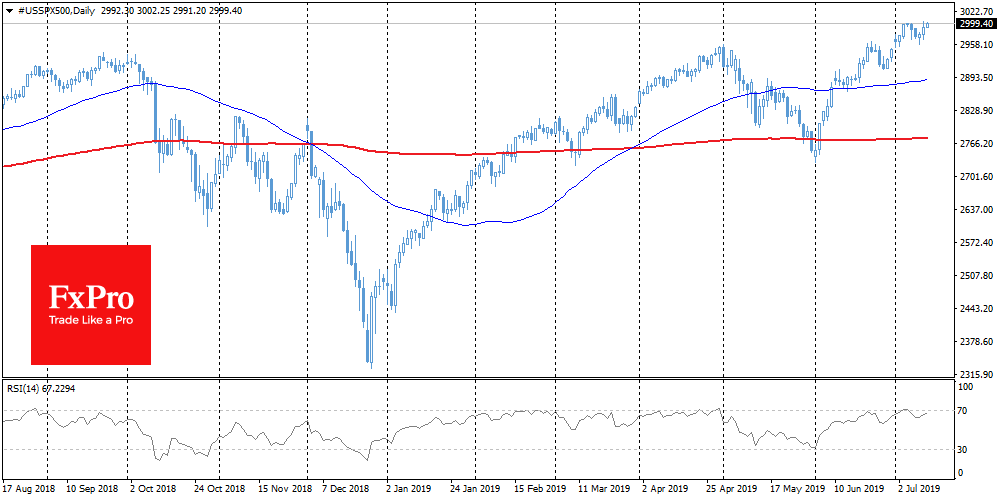 EURUSD The publication of Powell’s speech launched a new round of dollar decline. EURUSD turned to growth from levels near 1.1200 and at the time of writing it rose to 1.1280. The USD decline impulse can be quite long, judging by how wide the influence of the Fed’s speech was on the markets. Among the important resistance levels for bulls, it is worth highlighting 1.1315, through which the 200-day average passes (an important indicator of the medium-term trend) and 1.1400, the upper limit of the trading range since February. 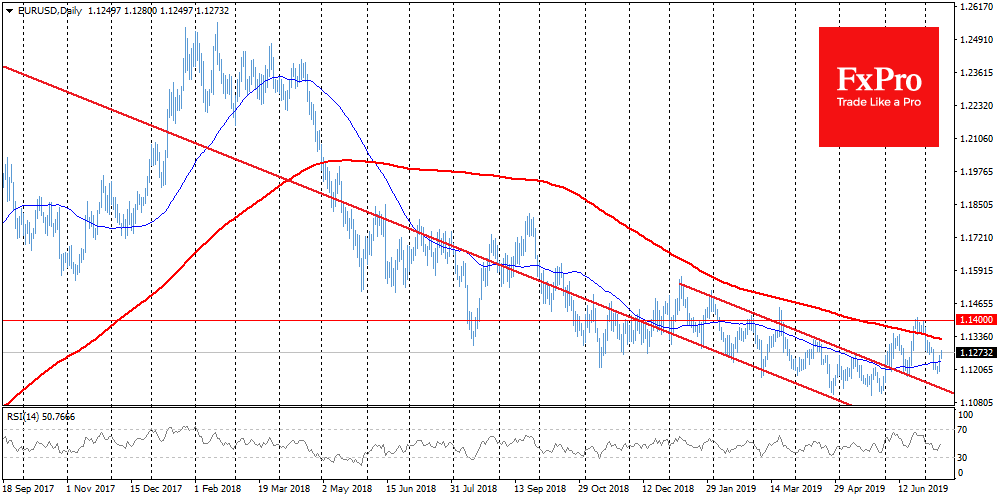 Chart of the day: Gold Gold spiked 2.5% on Wednesday, abruptly interrupting a corrective pullback and returning to six-year highs. The pace of resumption of gold purchase, in response to the Fed chairman remarks, makes one wonder whether the market focus remains on gold. Under these conditions, it is possible that the attack of multiyear highs near 1440 may even happen today. 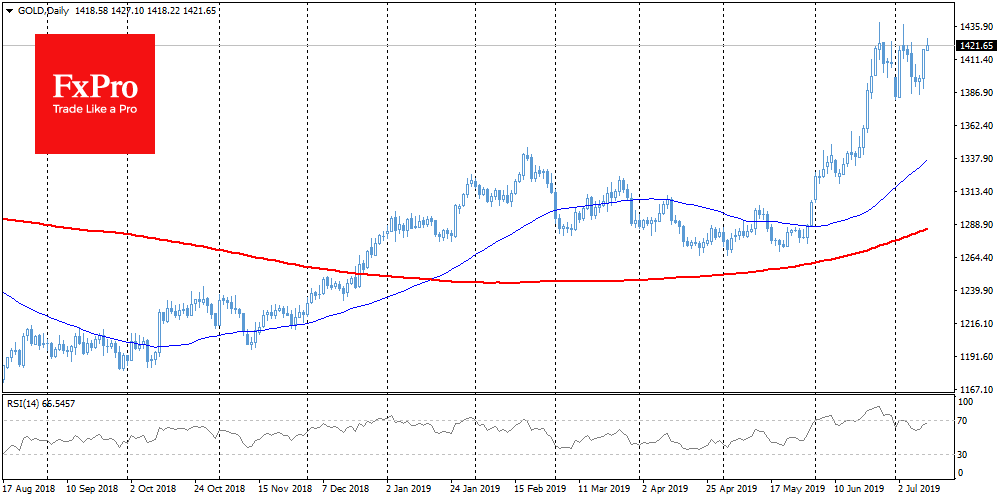