Home › Market Overview › Passed trade euphoria: the markets have moved away from the highs

Passed trade euphoria: the markets have moved away from the highs

The euphoria around the trade truce gave way to a more restrained mood on the market. Trump said that the deal with China should be in favour of the States. In addition, the US government has returned to the threat of tariffs for the EU in connection with subsidies for Airbus. In addition, ISM manufacturing activity data was higher than expected, and the EU PMIs deceived expectations once again.

Stocks To some extent, investors were ready for such a turn of events and therefore responded immediately. In the wake of positive G20 results, the S&P500 updated its historical highs but a fresh round of negative rhetoric launched a sale in shares at the end of the day. On Tuesday morning, the S&P500 hovers around Monday’s opening levels. While optimism levels have decreased, market participants are still more prone to cautious purchases than sales on growth. 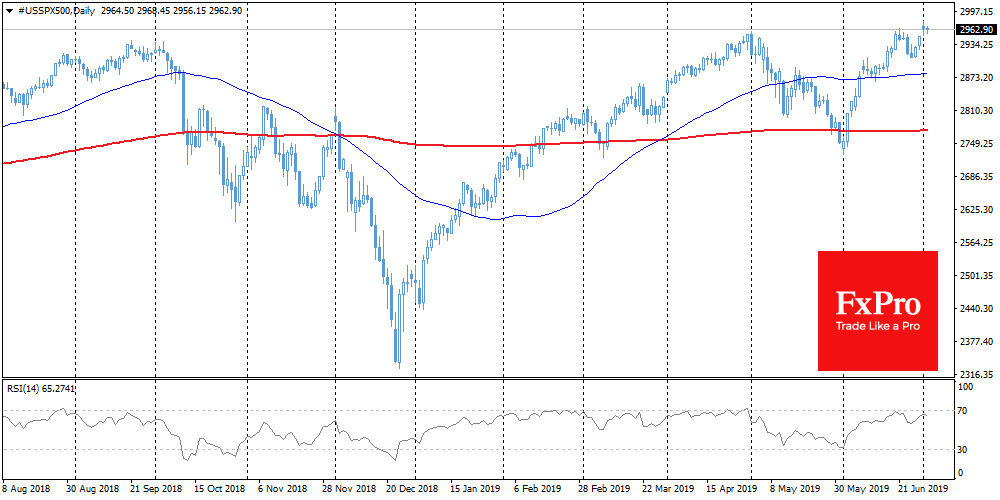 EURUSD The dollar demand lowered the EURUSD rate below the important 200-day average on Monday. The pair jumped to this area a little more than a week ago but failed to develop any momentum growth. The sharp decline under MA(200) on the daily charts, combined with the failure under 1.1300, have raised doubts about the sustainability of growth, since now, the ECB has more reasons to mitigate policy than the Fed. Europe is clearly stalling much more in recent months, which reduces the demand for the euro and stocks. 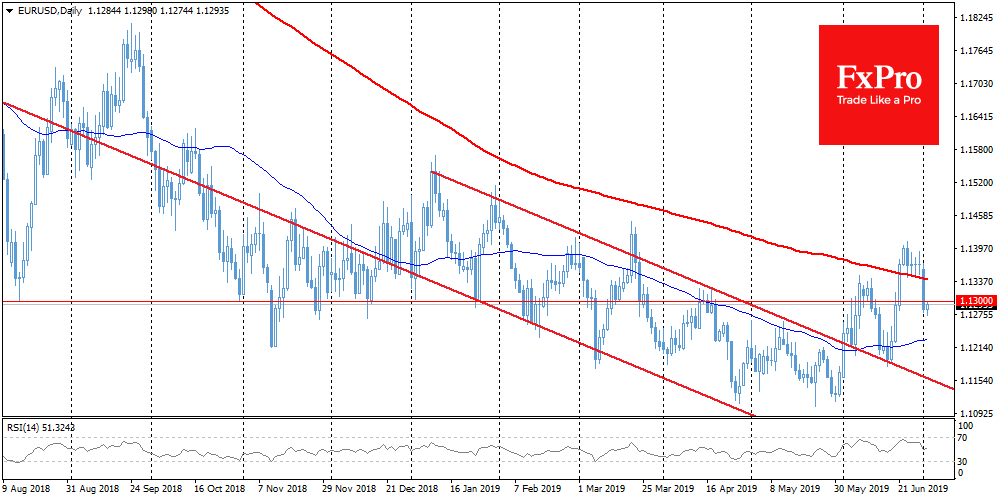 Brent Oil has fluctuated widely in recent days. Over the weekend, Russia and Saudi Arabia expressed support for quotas for the coming months. This eliminated the looming threat that Russia might not support further quotas – during the OPEC+ meeting on July 2nd. Now, investors are focused on fluctuations, following a change in sentiment about the trade conflicts. Brent collapsed $2.5 from intraday peaks to $64.2 – but then again rose above $65. 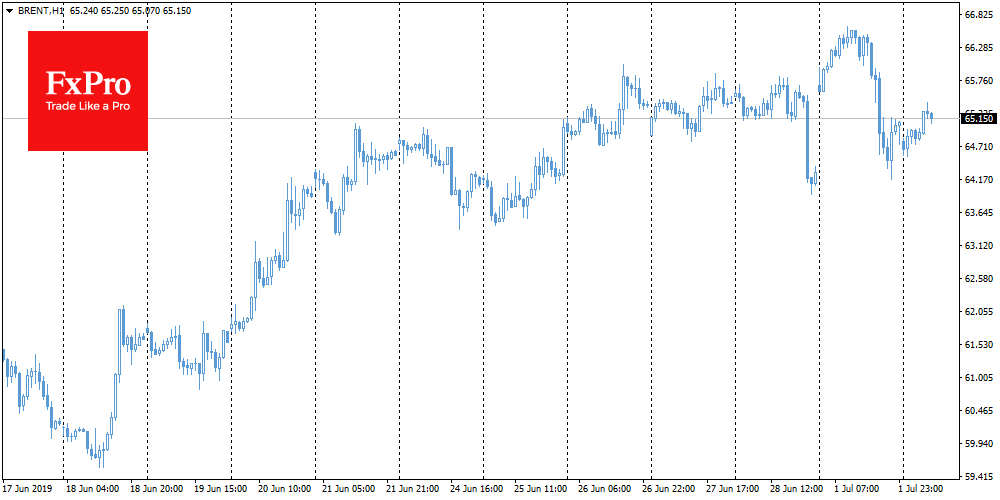