Investors’ appetite for risk increased noticeably in the second half of the week. Both unattainable deals — Brexit and China-US — seem to have become a little closer. The British Pound jumped 2%, which was the sharpest growth in the last seven months. GBPUSD recovers to a two-week high after Irish Prime Minister Leo Varadkar’s comments on the possible Brexit deal “in the coming weeks” after a meeting with British Prime Minister Boris Johnson. As is always the case with Brexit, this saga is far from over. Johnson will have to defend his deal in before the Parliament. Theresa May failed to do so four times, and this ended up with her resignation. Meantime, the European Union is ready to grant another delay until next summer, so that Britain will continue to look for ways of an orderly exit from the EU. 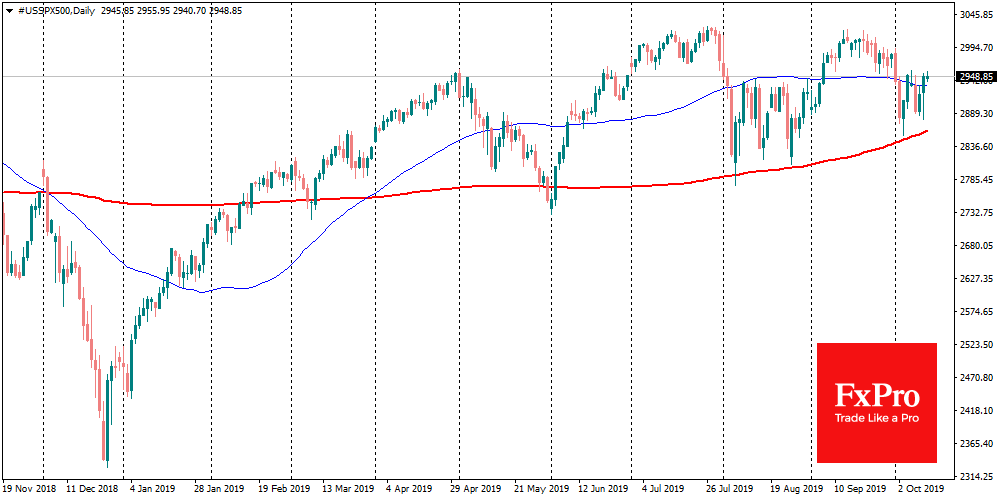 As the FxPro Analyst Team said, expectations from the meeting between Varadkar and Johnson were so low that it was not difficult to beat them, and it caused a positive reaction of the British currency. The Pound declined to historically low levels against the dollar and the euro recently. Being already extremely oversold, it may be prone to growth on the news around Brexit.

In this case, positive influential news events can lead to steady growth of the Pound, while bad news may cause only a limited negative impact. Fears of no-deal Brexit seem to have gone quite far, and it’s hard to find new sellers of the Pound. We do not want to say that the GBP is now invulnerable. Preferably, risks for the Pound are tilted upwards so far, but the difficulties around the deal are still able to keep it from the growth. 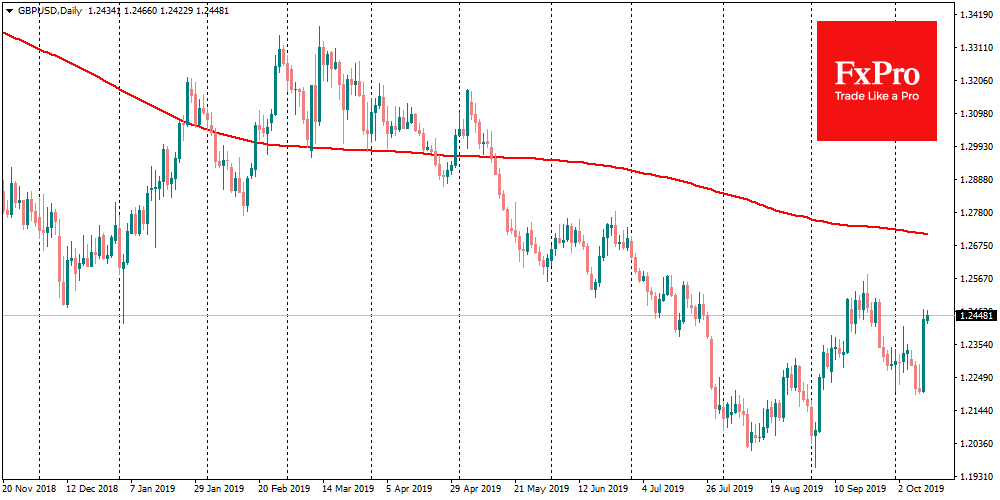 Despite overnight 2% jump, GBPUSD has not yet exhausted its upside potential on the latest news. In the coming week, the pair may grow to 1.27, the June highs and 200-day average area.

Markets are much more cautious about the US and Chinese trade deal. Trump described the first day of the new round as “very, very good” and the White House official as “probably, better than expected”. It was some pleasant surprise, as markets were tuning for a more robust Chinese position after US administration escalates measures against China earlier this week.

As in the case of Brexit, the expectations of the Chinese and US delegations remain very low. Markets were ready for protracted trade disputes. Moreover, knee-jerk reflex suggests that the new round of negotiations may well result in further tariff increases, as it was in August and May. Comments from yesterday’s meeting raise hopes for a “truce”. But even if the status quo can drag the global economy to slow down further, keeping markets from growth of demand for risky assets.

News “better than expected” on trade negotiations may challenge the strength of the dollar on increased demand for risky assets in the coming days. In these conditions, the EURUSD can consolidate above 1.1000 and develop its rebound to 1.1200 already next week, if there is no sudden escalation of trade tension. 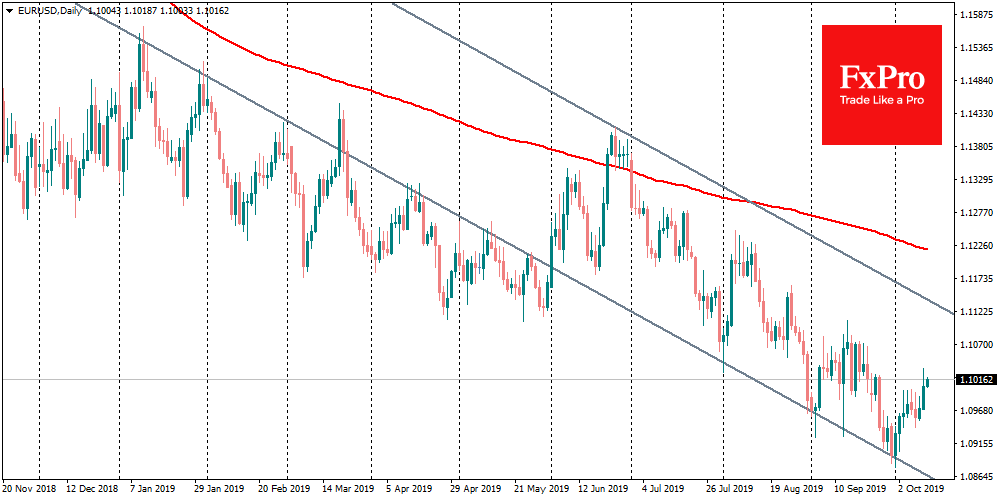