Nonfarm Payrolls are able to return the dollar to growth

Market focus Markets quietened down in anticipation of the US Nonfarm Payrolls: there is a danger that this lull will be like a compressed spring that will shoot after the data is published. Due to the American July 4th holiday day, trading liquidity on the markets has been lowered, which can enhance the amplitude of the fluctuation of the major assets. The US stock markets have progressed to strong psychological levels, and the current dynamic environment may set the tone for the next week.

Analysts, on average, predict an increase in employment data (Nonfarm Payrolls) of around 160K, following an increase of 75K the previous month. On Wednesday, the ADP report led to market to expect weaker data, noting that the rate of employment growth fell more than twice compared with 200K – the average value of recent years. 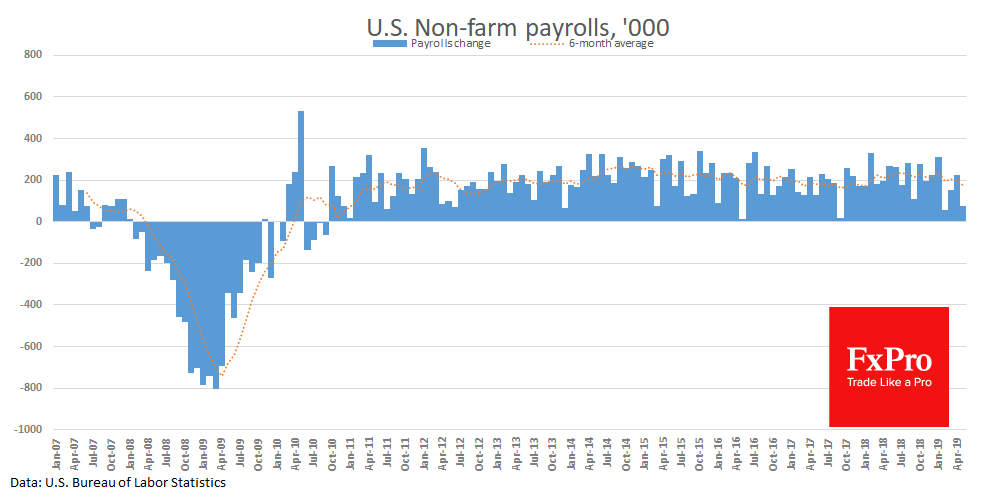 However, now the markets can hardly be surprised by this turn of events. Interest rate futures now show a 30% chance of a 50 bp rate cut as early as July. This looks like a very ambitious expectation of the bulls: it is unlikely that the Fed will cut rates so sharply, despite the economy continuing to grow and create new jobs (though not as fast as before). Such high expectations will be difficult to satisfy. According to FxPro analysts, it is highly likely that the markets will adjust expectations for the rate that will affect stock markets as well as the dollar. 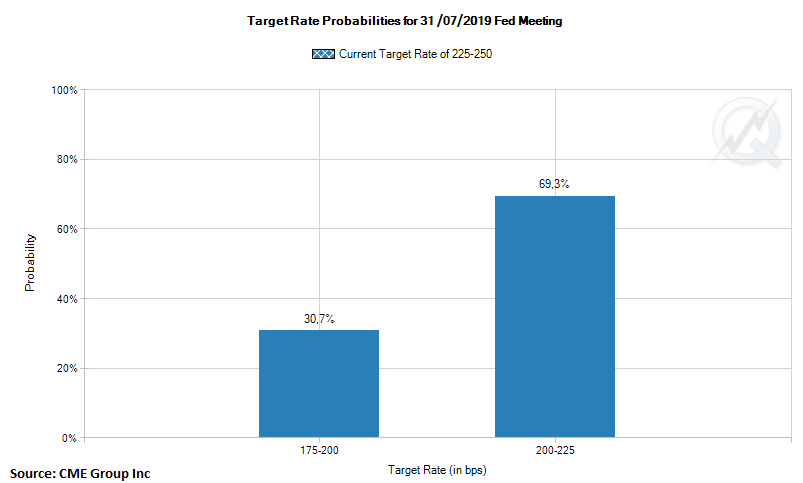 Stocks The US index futures touched important round marks: SPX has reached 3000 and Dow Jones has stopped at 27000. Such growth is certain to attract attention from the press and investors towards the indices, potentially increasing the major assets purchases. However, large players could start to take profits from the previous rally on a weak economy. Thus, today’s NFP report could be a turning point for the stock markets. 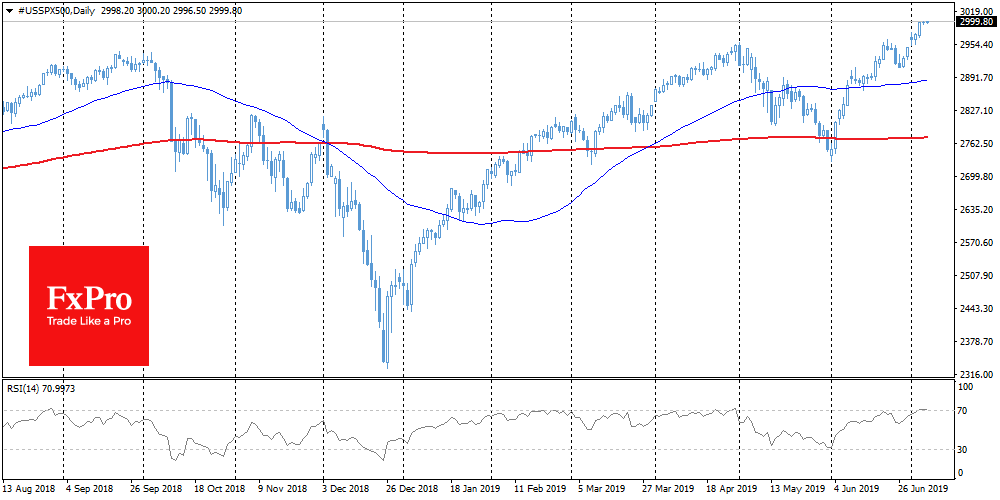 EURUSD The single currency is trading around 1.1280 after the bears dropped it under the MA(200) earlier this month, and then below the important support of 1.1300. In the case of relatively good statistics (stronger NFP data than expected), speculators could adjust their positions, expecting a not so sharp interest rate reduction from the Fed. As a result, this could provide substantial support to the dollar. 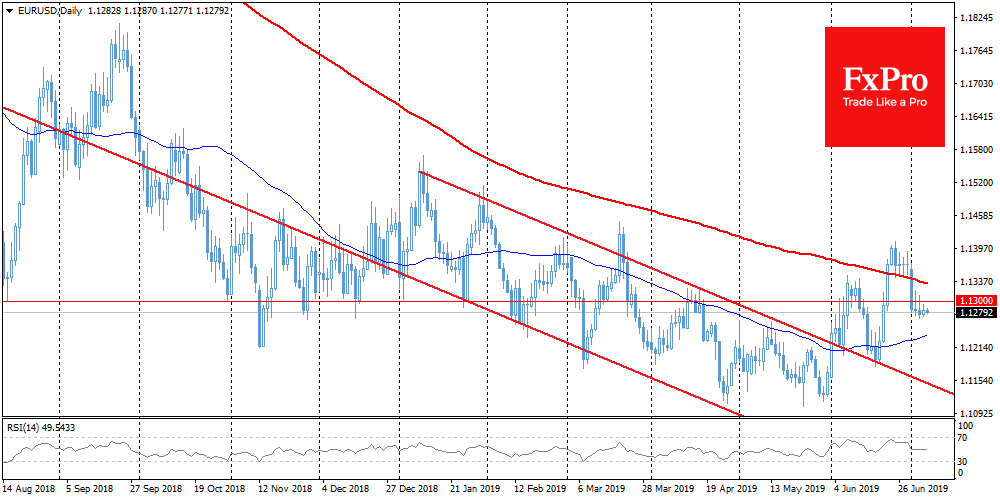