NFP and the Fed can determine the markets’ fate today

Markets calmed down on Friday morning waiting for a very busy afternoon, that can set a trend for the coming weeks and months. By the beginning of the American session, there will be published a monthly report on employment in the U.S. Moreover, the markets will have the opportunity to quickly get assessments and comments from six FOMC members, including chairman Jerome Powell, whose speeches are scheduled later. Let’s try to figure out what the overall background is behind such a busy day, and how it will affect further quotes.

The statistics released during the week, for the most part, set up for very weak outcome today. The biggest shock in the markets caused the decline of Manufacturing ISM to the levels of 2009, which triggered a sell-off in the markets and took away more than 3% from the U.S. market cap. A study by the same company later also indicated a sharp cooling in the non-manufacturing sectors, indicating a decline in the activity index to a 3-year low. The ADP report, which is closely correlated with the official data, also failed to dispel the gloomy moods, failed to overcome very cautious estimates.

The dollar, as well as the markets, had a hard time. Against the background of weak indicators, the dollar index retreated from 2-year highs by 0.8%. The U.S. currency retreated from its peak levels as the markets priced in new interest rates cut from the Federal Reserve. During the week, the chances of the third consecutive rate cut at the end of October jumped from 40% to 88%. The probability of another (the fourth cut) by the end of the year is approaching 50%. 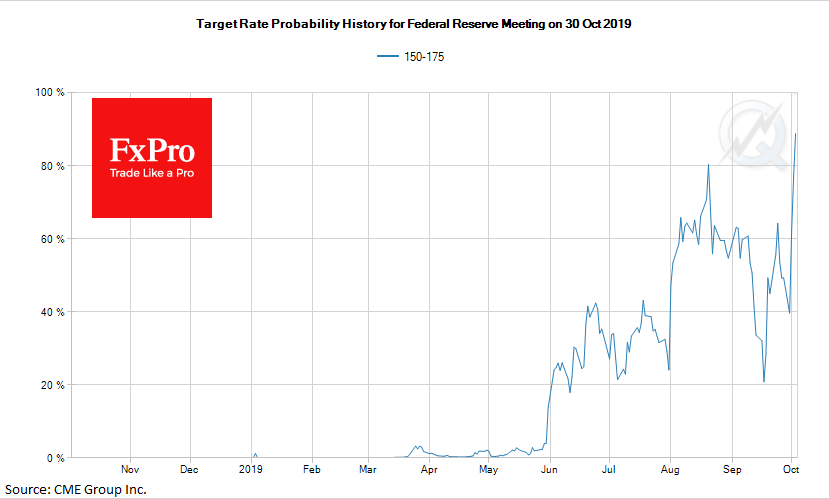 Monthly labour market statistics in the United States has probably the greatest impact on the markets, as it can directly affect the policy of the Federal Reserve. But today, the Fed’s assessment of these data could be even more important than the report itself. Powell, the head of the Fed, and Clarida, its vice-chairman, still maintain an optimistic tone of comments, indicating confidence in economic prospects. Lately they prefer to limit their comments to readiness to act depending on the situation and, in general, they are ready for any step. 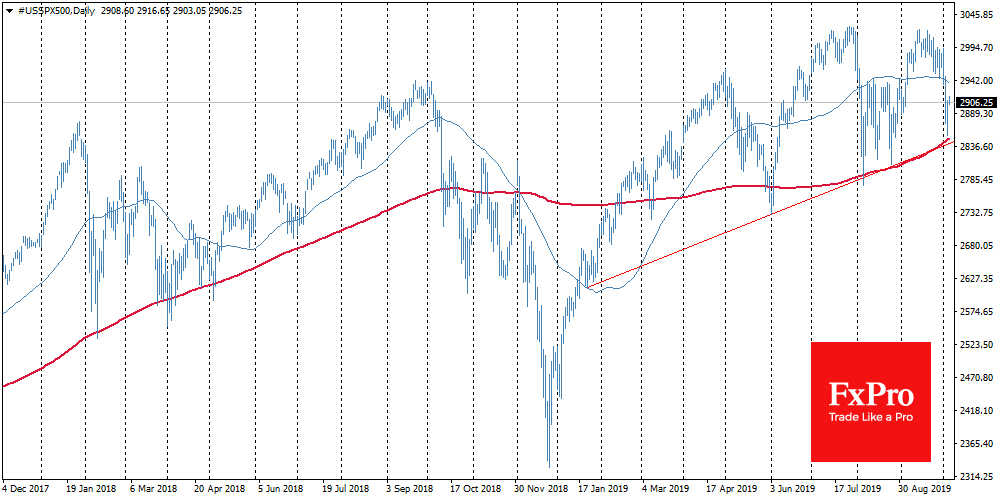 For markets, this means that there is enough room to soften the rhetoric. If the increase in employment in September is significantly lower than expected, and Powell and others will note it as a sign of weakness, it could be very bad news for the dollar and good news for the stock markets. Equity markets may return to expectations that global central banks will strengthen their support measures. It will also mean the end of a short period when the U.S. stocks and the dollar were growing in sync.

However, you should also be prepared that with a relatively neutral employment report, the Fed will insist that the already taken measures are enough, just to give time for the rate cuts to finally reach the economy. With this position, the markets may get another serious blow, and the dollar may go to new highs. In this case, we can talk about a repeat of the situation a year ago, when from October to late December S&P 500 collapsed by 20%, and the dollar added more than 3% with a potential target at 1.07 EURUSD. 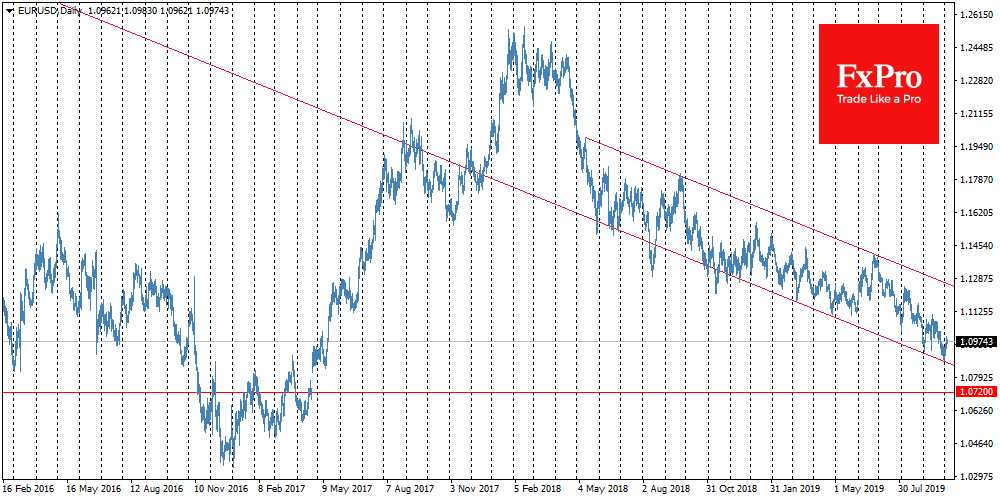