Asian markets are growing in the hope of stimulus, while Europe and the US are waiting for signals from the central banks

China continues to struggle for economic growth, as it aims to resist the effect of trade disputes with the U.S. The editor of an influential Chinese newspaper revealed that national incentives were being prepared in order to support economic growth both inside and outside the country. Meanwhile, Germany’s finance minister promised impressive incentives in the event of an economic crisis. In addition, the risks of Britain’s exit without a deal are being reduced. All these promises prove to be an important contributing factor to market dynamics. Positive background since the beginning of the month returned the demand for stocks to the markets and reduced the demand for protective assets, including long-term government bonds of developed countries and gold. But there is a striking rotation in the markets for high-tech equities, tied to the start of the new fiscal year. However, it is worth noting that the major U.S. indices have changed little over the previous three trading sessions. This represents a worrying sign that new money is not forthcoming – at least until governments launch new measures and central banks start a fresh round of easing.

The currency market, as an indicator of investor sentiment, demonstrates the belief in the success of China’s stimulus measures – seen in the growth of AUDUSD by 2.8% in just over a week. The Japanese yen lost 2% during these days, also reflecting the increase in demand for stocks and lower demand for protective government bonds. The CNY is gaining ground, which is also a reflection of increased local optimism. 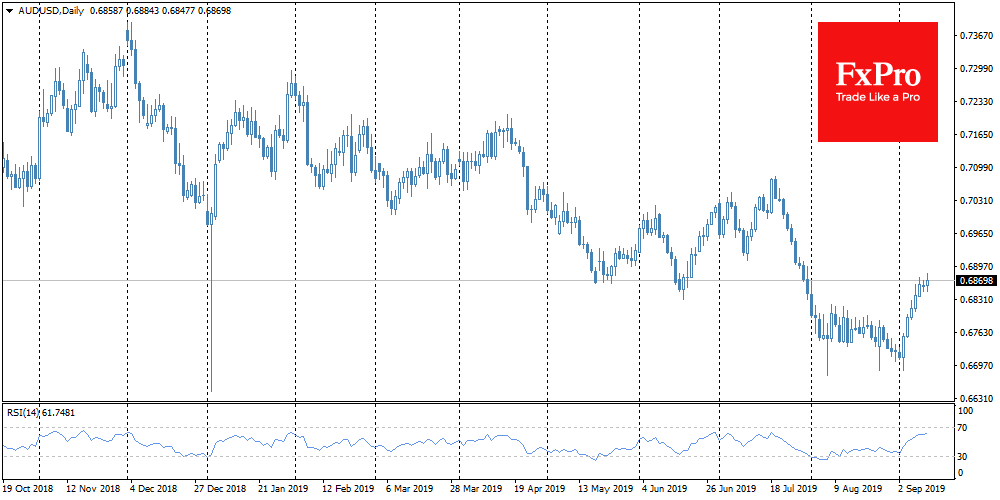 At the same time, the EURUSD pair froze at levels just above 1.1000 in anticipation of new signals from the ECB on Thursday. It is an important signal, illustrating that most players still view the current situation as an opportunity to choose the signals of a further trend. Therefore, the situation in the Asia-Pacific currencies may change in the coming days, despite the positive dynamics that have been in place since the beginning of the month. 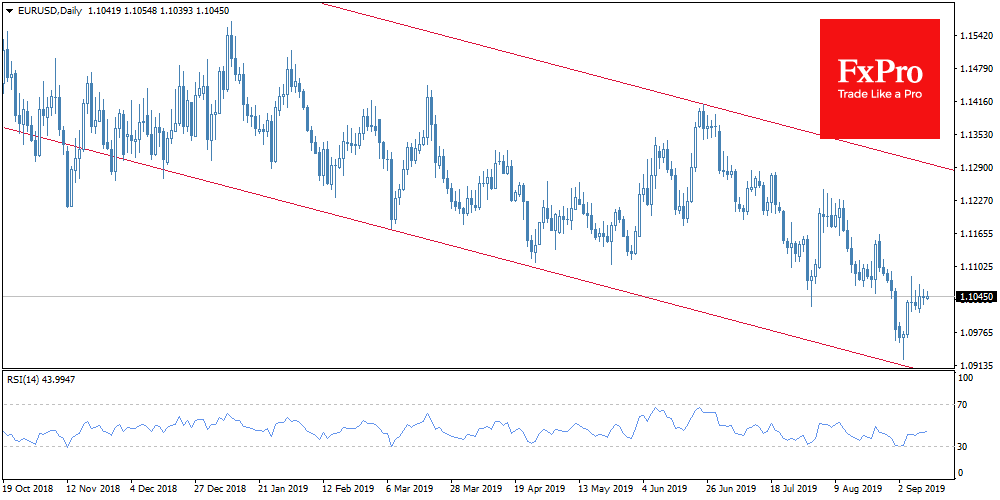 As the FxPro Analyst Team said, it should not be forgotten that the trade conflicts have seriously eroded economic growth, which can be seen in the fading rates of employment growth in the U.S. and the close recession in Germany. At the same time, the trade disputes remain unresolved, preserving the risks that currently hang over the markets.

Thus, one should be very cautious about the current growth trend in Asia, as it may reverse at any time if governments and regulators fail to meet market expectations.