Home › Market Overview › Merkel: Europe must unite to stand up to China, Russia and US

Merkel: Europe must unite to stand up to China, Russia and US 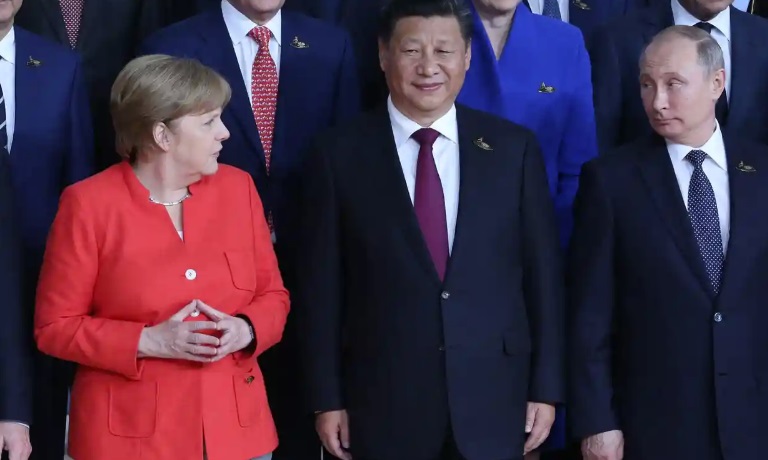 Europe must reposition itself to stand up to the challenges posed by its three big global rivals, China, Russia and the US, Angela Merkel has said before her final European election as German chancellor.

Facing challenges that range from Russian interference in elections to China’s economic clout and the US’s monopoly over digital services, Europe needs to get better at putting up a united front, Merkel said in a wide-ranging interview shared with the Guardian.

“There is no doubt that Europe needs to reposition itself in a changed world,” Merkel said in a conversation in her office in Berlin. “The old certainties of the post-war order no longer apply.”

She added: “They [China, Russia and the US] are forcing us, time and again, to find common positions. That is often difficult given our different interests. But we do get this done – think, for example, of our policy regarding the conflict in Ukraine.

“Our policies on Africa, too, now follow a common strategy, which a few years ago would have been unthinkable. So we keep putting one foot in front of the other. However, our political power is not yet commensurate with our economic strength.”

The interview comes at a pivotal moment in Merkel’s 14 years as chancellor. Her party, the Christian Democratic Union, faces the prospect of significant losses in the May 23-26 poll, though observers believe she remains popular enough to see out her fourth term through to 2021.

The elections are a chance for populists in Germany and across the continent to build on their mounting popularity, borne of greater inequality, growing precariousness and a disenchantment with politics in Brussels and in member states.

Merkel: Europe must unite to stand up to China, Russia and US, TheGuardian, May 16
Article Rating
Related Articles