News on US-China trade disputes as ebbs and floats, which alternate with an enviable regularity. Within these big cycles, there are also smaller — waves — which have a short-lived market impact. The tide seemed to have reached its highest point at the beginning of the week, and now the wave is gradually moving backwards, exposing dangerous pitfalls.

Global markets are retreating in recent days following reports that the signing of a trade deal is likely to be postponed to December. US stock indices remain close to their historic highs but have ceased to update them. The US dollar, crawling upwards, fits the usual picture. If nothing changes in principle, the general trend for the dollar growth remains in force. So far, it turns out that the currency market has not been in a reasonable hurry to break the pattern of trade wars. 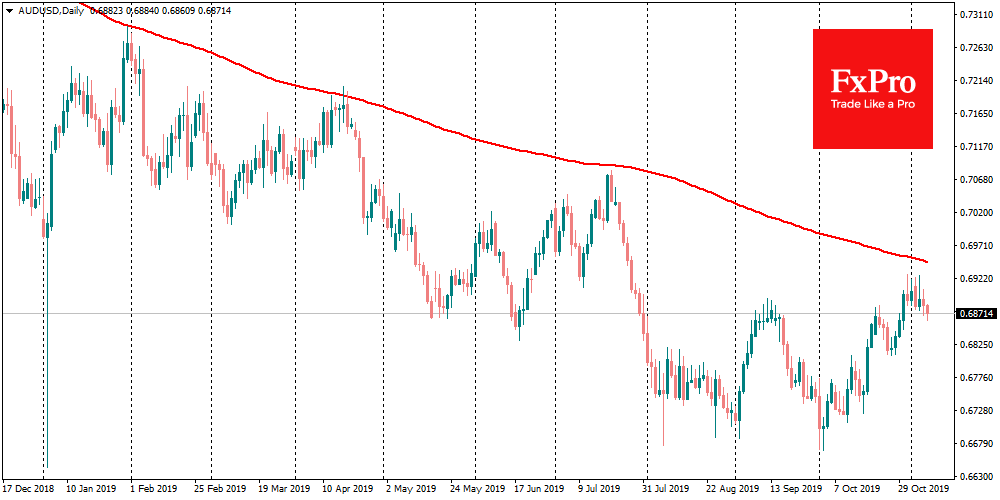 In particular, the dollar index turned upwards after a short decline under the 200-day average. The Chinese yuan in offshore trading returned above 7.0 per dollar. And the Australian Aussie turned down, failed to test the area above 0.6900 and did not dare to climb above its 200-day average.

Last week we noted that the markets climbed too high. They would need a substantial portion of robust macroeconomic data and real progress in trade negotiations to continue its growth. The data wasn’t a problem, while the talks progress becomes a complicated question.

As the FxPro Analyst Team said, now it cannot be ruled out that the markets may imply crawled to profit-taking after the renewal of highs. This trend may well cover not only the US but also European markets. EuroStoxx 50 showed growth during the last five trading sessions in a row, climbed into the 2017th highs, from where it turned down in the previous three occasions. 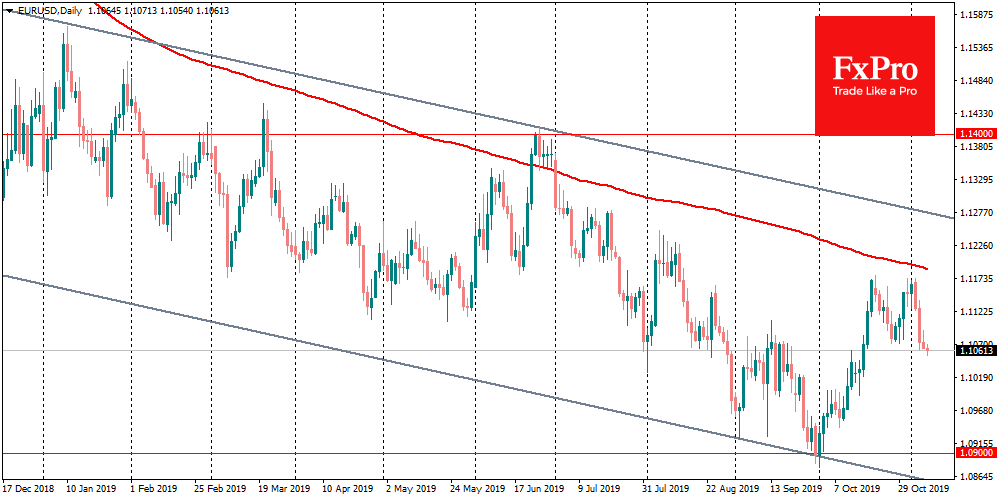 EURUSD declined for the fourth day in a row to 1.1050 after a second unsuccessful attempt to climb above 1.1170 on Monday. Subsequent escalation of the trading rhetoric may push the pair back to the local lows of 1.0900, offsetting the all October’s growth.

GBPUSD players also prefer the defensive approach. The pair retreated to 1.2850 in anticipation of the Bank of England rate decision and Monetary policy report. Traders with the pound positions will carefully watch the Bank’s comments in light of the new uncertainty arisen after the December general elections announcement and Brexit delay. The increased vigilance of the Central Bank may raise the correction rollback of the pound after a 6.5% jump in the second half of October. 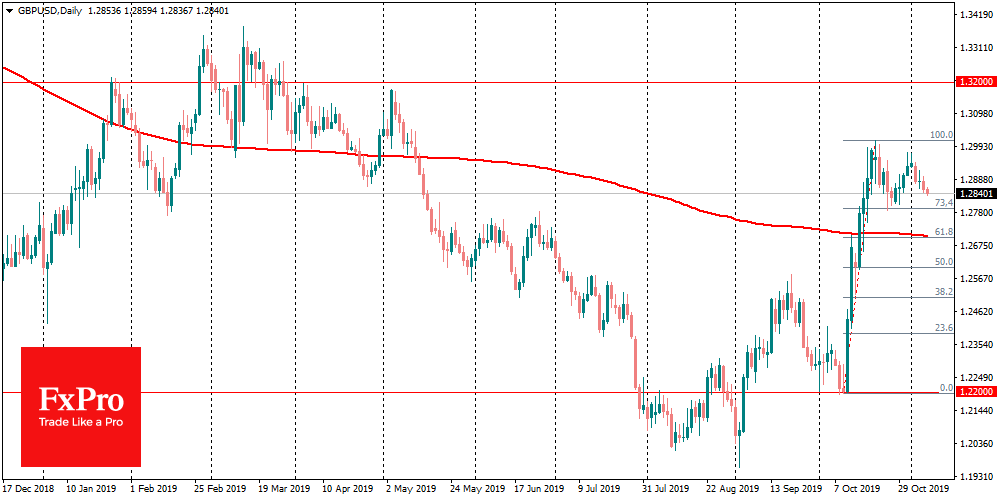