The US-China deal has been perhaps one of the most discussed topics in recent weeks. However, only a few days before the decisive meeting (which, it seems, will fail to solve anything), markets received the comments of US Treasury Secretary Steven Mnuchin. Yesterday, he made quite a confident assumption that the deal is around 90% complete. Certainly, the markets still do not know if this is the case or not, but they are already in a hurry to react to such a comment in the stock prices.

In the first half of Wednesday’s session, the stock markets were stimulated to increase due to the unexpectedly disappointing data for durable goods orders in May. Despite being forecast to rise by 0.3%, the indicator declined by 1.3%. This would seem to be a negative factor, but investors caught that signal to show the Fed that there are no more reasons to stand aside and not reduce the rate. Therefore, yesterday, the markets tried to create conditions that would have provoked the regulator to that definite decision. However, the Federal Reserve representatives are still looking at such attempts without a great deal of enthusiasm. 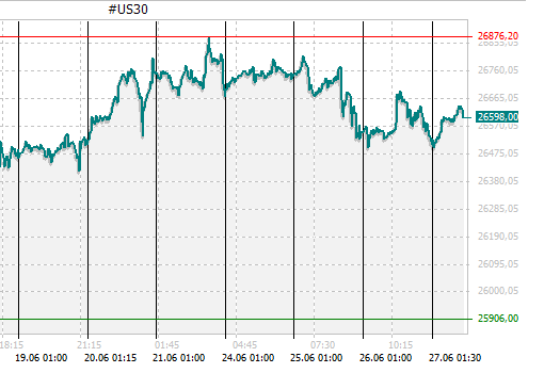 Since yesterday evening, September Brent futures have adjusted in price and is now trading at around $65.28 – demonstrating the night gaps. However, there is no reason for concern, given that over the past week Crude oil has risen in price by 10%. On Wednesday, for example, an impressive passage from $63.54 to $65.87 was made due to weak US weekly inventory data, which fell by 12.8 million barrels to 469.6 million. Such a fall was due to a decrease in the daily volume of energy imports by 812K barrels per day. 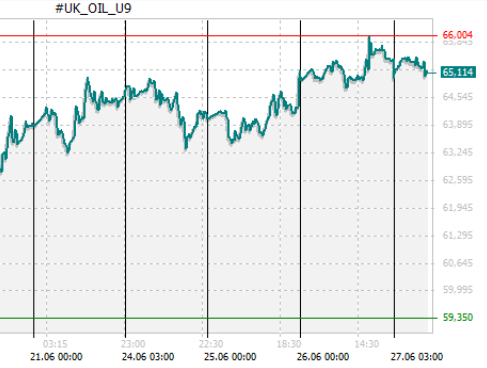 As mentioned by the FxPro Analyst team, today, the reaction of the dollar should be monitored during the publication of news in the United States: a GDP 1Q data revision and the primary applications for unemployment benefits. Also, there will be statistics on the unfinished sales in the US real estate area.