Markets in no hurry to rejoice in strong data from China

Market focus China’s quarterly GDP lowered concerns around growth rates, slightly exceeding expectations. In Q2, the growth rate of the country’s economy increased to 1.6% which is higher than expected. It is also better than 1.4% it was in the first three months of the year.

The initial market reaction was the strengthening of the purchases of stocks and the yuan, but rather quickly the market participants became more attentive. First, the annual growth rate (6.2%) was the lowest in the last 27 years. Secondly, there were concerns that the Chinese authorities might limit stimulus, noting the success of the measures already taken. Third, the effect of trade conflicts has not yet been fully reflected in the figures, since it was only in the middle of the quarter that new import tariffs were put in place by the United States. 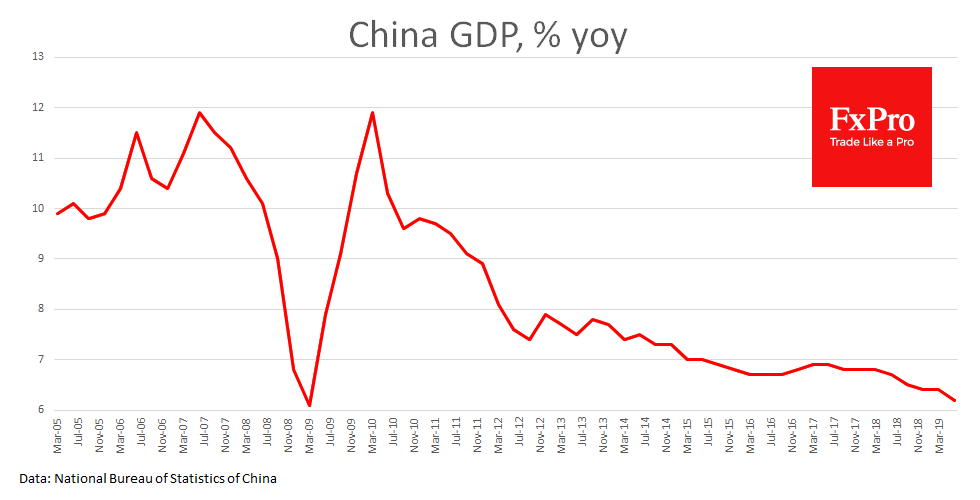 Stocks Chinese markets, trading back the data above the expectations, managed to rebound from three-week lows, but due to their caution about prospects, the growth did not evolve, leaving the main indices near last Friday’s levels. US stock futures, at the same time, continue to rewrite their historical highs. On the technical side, the S&P500 and Dow Jones are near overbought levels, but the Nasdaq is still lagging behind. 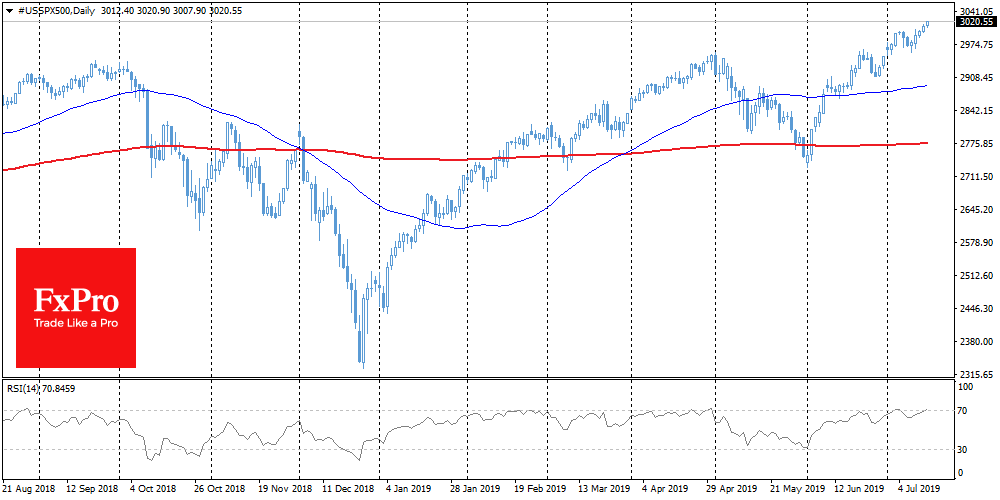 EURUSD Euro is experiencing temporary difficulties with growth above 1.1270, where it continues trading for the third session in a row. As the FxPro Analyst Team said, strong inflation data from the US seems to have tipped the scales towards debt markets, returning the yield on 10-year government bonds to above 2%. The growth in yields of such securities is a sign of market confidence in the long-term growth rate of the economy. Higher interest rates support the dollar, as increase the yield on such bonds. 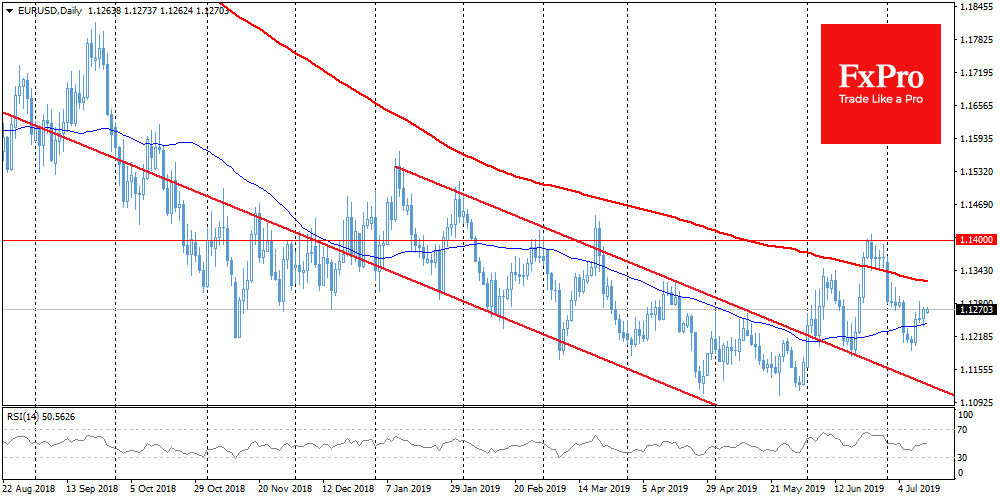 AUDUSD News from China supported the growth of the Australian dollar. AUDUSD on Friday returned above 0.7000 and now is testing the early May highs, trading near 0.7030. This pair is often viewed as an indicator of global investor sentiment towards the Chinese economy since Australia is strongly tied to exports to China. The level of 0.7000 in recent years serves as a kind of indicator, the fall under which occurs during the period of maximum fear around the growth of the Chinese rates. In light of this, a pair’s reversal for growth may reflect a positive signal. 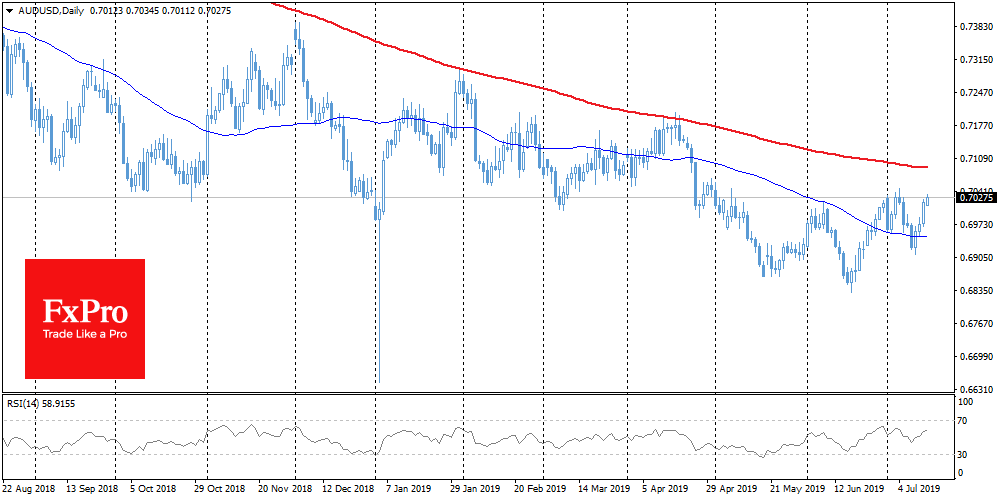