Market focus The policy of the world’s major central banks returns to the focus of markets. On Thursday, attention is on the ECB meeting in anticipation of new steps to soften the tone of monetary policy. In January, the ECB made a promise not to raise rates in 2019. In essence, this was a wait-and-see approach, which we also observed from the Fed and other major world central banks. Over the past month, however, in China, New Zealand, Australia, monetary policy was eased in an attempt to breathe life into economic growth. As for the Fed, we have heard hints of willingness to soften the policy. Geographically and economically, being approximately in the middle between Asia and America, Europe can both demonstrate active policy easing steps and promise something similar in the future. Such a wide range of expectations creates the potential for volatility in the markets on Thursday during the publication of the comment and later during the Draghi press conference.

Stocks U.S. stocks showed an increase of 0.8% (SPX, DJI). The decline following the weak start of Asian trading has been offset by the time of writing. Once again, the intraday dynamics of the US markets look positive as this week saw active buying during the last hours of trading, which is an important sign of interest among professional market participants. 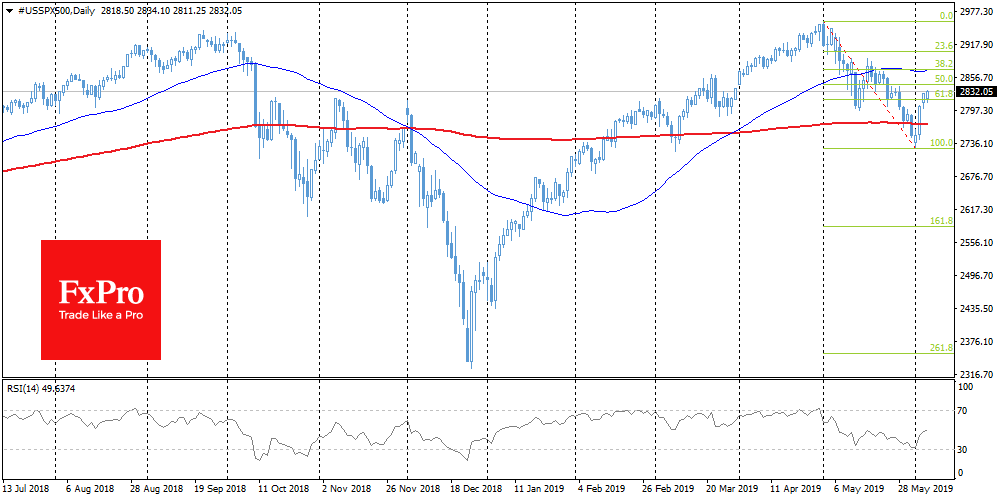 EURUSD The day before the dollar experienced a fairly volatile trading session. The USD decline by 0.4% from 1.1250 to 1.1300 for the EUR occurred after very weak employment data (see below). However, EURUSD failed to show growth above the level, which from important support turned into serious resistance. The main argument of the sellers is the expectations of softening the ECB rhetoric on anticipation that the slowdown in Europe will require more drastic measures from the European Central Bank in comparison to the Fed. 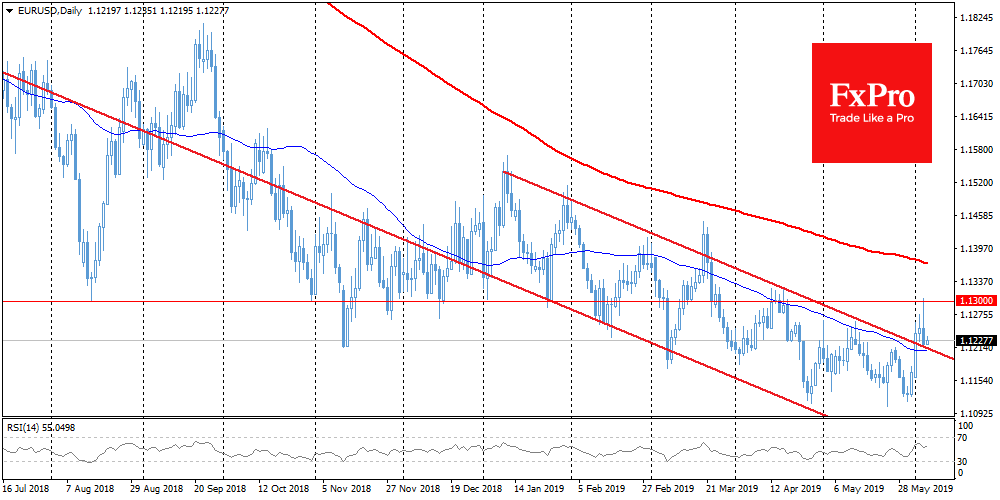 Gold On Wednesday afternoon, Gold rose above $1344 to this year highs area. As in February, reaching these levels increased the pressure on the metal, as some investors preferred to take profits after 5% rally in the last five trading sessions. On Thursday morning, there are new cautious purchases, as investors show increased demand for Gold during periods of active easing of monetary policy. 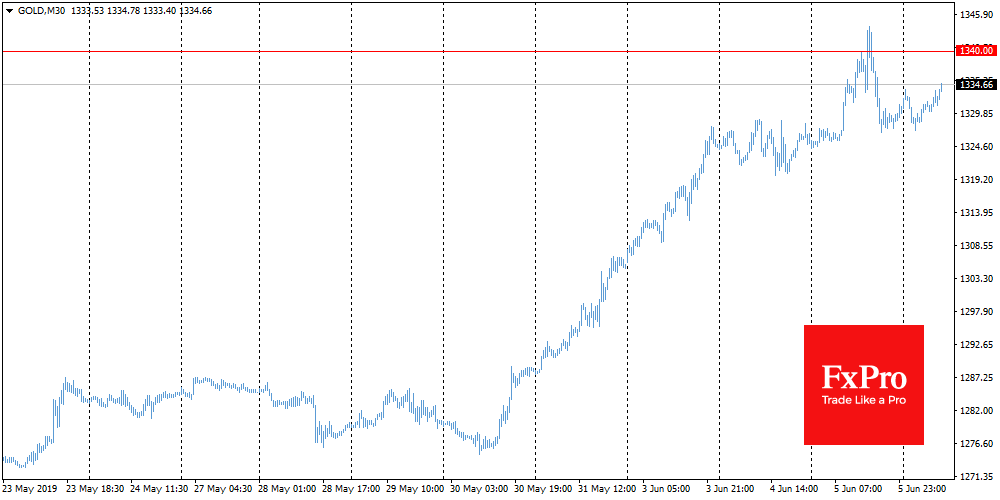 Chart of the day: ADP Employment data U.S. employment in the private sector data, published yesterday by ADP, went sharply below expectations, spurring a surge in market volatility. There is an increase in employment in May of just 27K, which is the lowest growth since February 2010, when employment declined in the wake of the Great Recession. This report is considered to be the most closely correlated with NFP labour market release which will be published on Friday and, as expected, to show growth around 180k. If the alarming ADP estimates are confirmed, the dollar and stock markets may become under pressure, causing concerns about US economic growth. 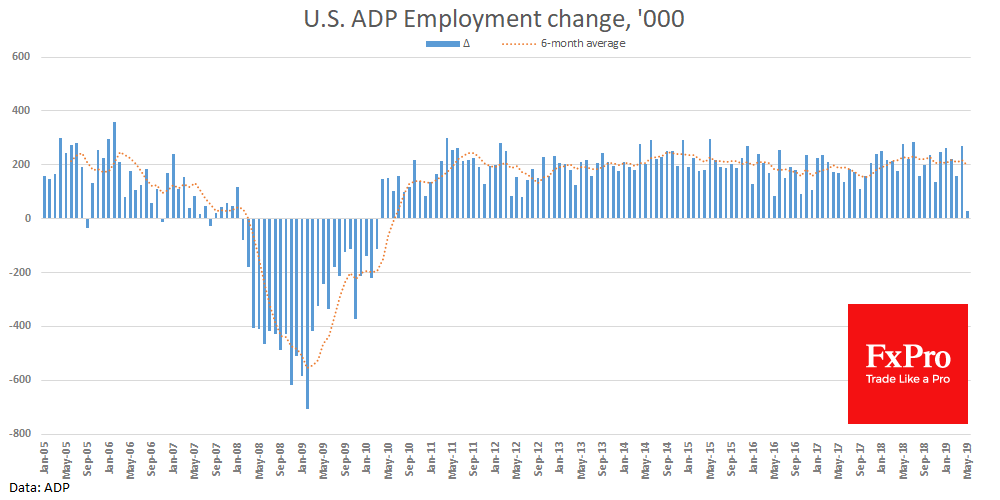