Markets catching up on US data after yesterday’s holiday At 10:00 GMT, BOE’s Governor Carney will deliver a speech in Newcastle. GBP crosses can be moved by this event.

At 11:15 GMT, German Buba President Weidmann will deliver a speech titled “Towards a more stable monetary union – what is the right recipe?” at the Central Bank of Austria’s Annual Economics Conference. EUR crosses can be moved by any reference to monetary policy.

At 12:15 GMT, US ADP Employment Change (Jun) is expected to be 190K against 178K previously. This data has fallen under 200 last month showing that the US economy is continuing to add jobs but at a slower pace than recently. The data is expected to beat the previous reading which has formed a low for 2018 so far at 178K. USD pairs can be moved by this data.

At 12:15 GMT, ECB’s Mersch will deliver a scheduled speech today. EUR crosses can be impacted by this event. 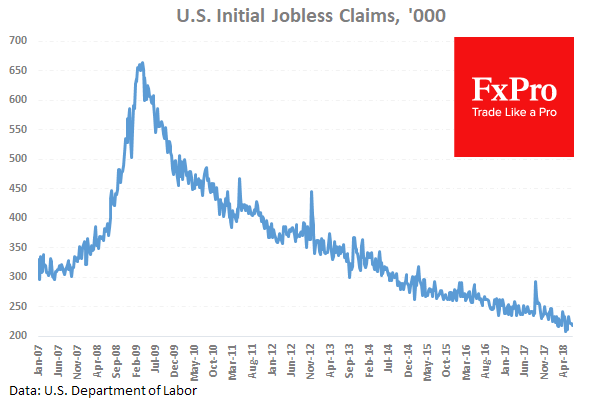 At 13:45 GMT, US Markit Services PMI (Jun) is expected to be 55.4 against a previous number of 56.5. This data is expected to come in lower than last month’s reading. Markit PMI Composite (June) is expected to be 56 against 56 previously, giving up some of its recent gains after a pickup in this metric over the last few months. USD pairs can be moved by this data series.

At 14:00 GMT, US ISM Non – Manufacturing PMI (June) is expected to be 58.3 against 58.6 previously. This data outperformed last month with a strong gain after falling from a high of 59.9 in February. This shows a pickup in the sector despite a slightly lower expectation today. USD traders will be closely watching this data release. 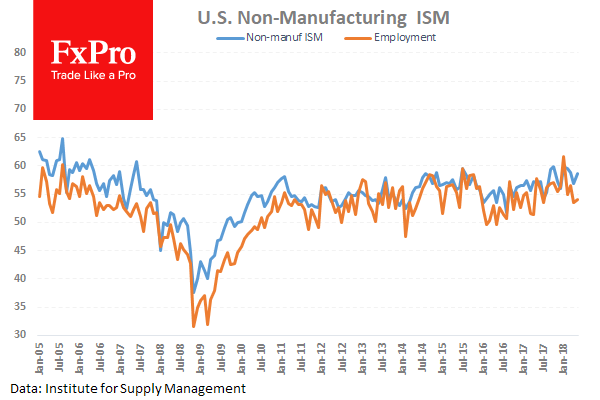 At 18:00 GMT, The US FOMC Meeting Minutes will be released, showing how the committee is forming a picture of the economic data and financial conditions in the US economy. This will reveal their view of the interest rate hiking path for the coming months. USD crosses may experience volatility during this time.