Markets are trying to turn around after the collapse

Monday’s main headline was a more than 2% decline in the renminbi, triggered by an escalation of trade disputes. The United States later increased the degree of tension even further when the Treasury Secretary described China as the “currency manipulator” for the first time since 1994. Tighter rhetoric provoked a sharp collapse of markets. On Tuesday morning, the People’s Bank of China tried to hold back the sale in local markets by setting a higher than expected national currency rate. Also, it announced the issuing of bills with the aim of supporting demand for the national currency.

These measures were enough to globally affect the situation, but so far, Chinese markets are still trading in the red zone. It should be noted that measures to maintain the national currency from China should not be regarded either as a concession to the American authorities or as a conciliatory gesture in trade negotiations. The weakening of the yuan goes hand in hand with the instability of local markets, so a sharp weakening of the national currency does not seem to be a good thing, but a problem.

This is in sharp contrast to the United States and many other developed countries. The weakening dollar, as a rule, feeds the growth of stock markets, as well as being the spur for consumer activity. The growing USD exchange rate, on the contrary, slows down the economy, reducing the attractiveness of investment in business and suppressing inflation in the longer term. 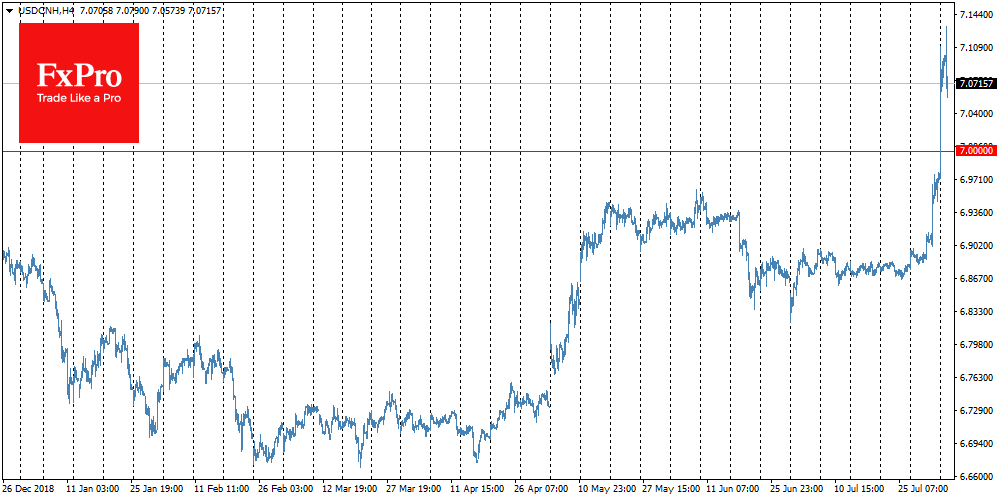 A weak yuan may turn out to be a boon to the export-oriented Chinese economy, but only if the markets believe that the worst is over. Otherwise, the sharp collapse of the currency can only further increase the market shock and fears of the consequences of trade conflicts.

In our opinion, the need to deter markets from a full-scale panic will force the Chinese authorities to act more actively. Although, if Chinese politicians are prepared for short-term losses for the sake of longer-term goals, they can use the weakening of the national currency to increase the competitiveness of Chinese goods in the world market. As the FxPro Analyst Team said, the situation largely depends on what perspective the authorities are counting on.

Stocks American SPX lost over 5% on Monday. The collapse continued in the first hours after the opening of futures trading on Tuesday, which brought the index to around 2776. This is 9% below the levels at which the sale began after the Fed meeting. Immediately after this, however, the rate bounced up 2% and is now trading around 2836. Technically, the index received support after the failure of the 200-day average, as it was in March and May. 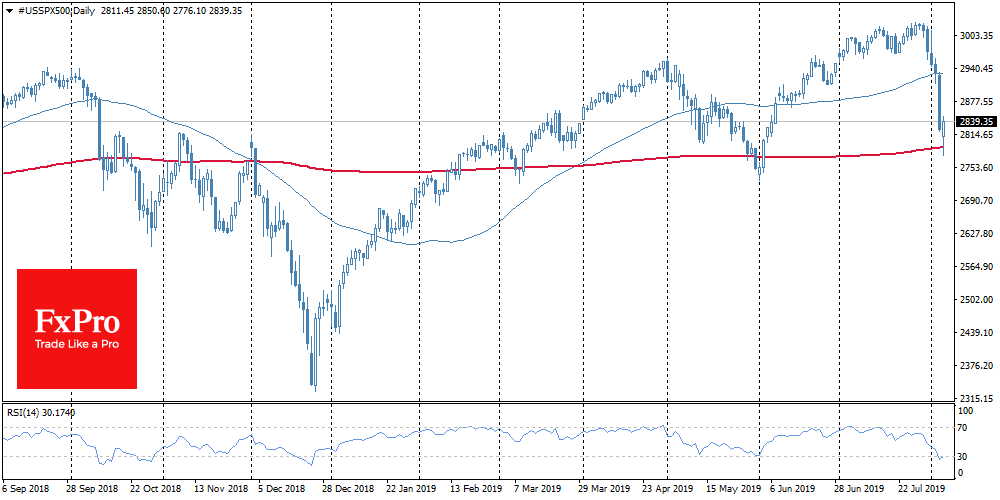 EURUSD The turbulence of financial markets has attracted buyers in a single currency. EURUSD jumped to 1.1245 today at the beginning of Asian trading. This is 2% higher than Thursday at the time of the announcement of new tariffs. When the markets calmed down a bit, the pair returned to 1.1200, and this decline may be developed in the event of a further market rebound. 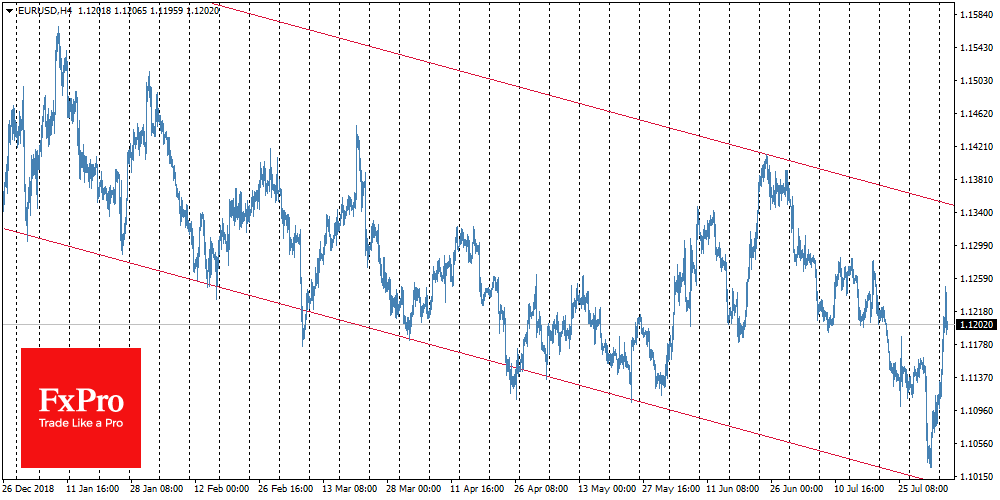