Home › Market Overview › Markets and Euro moves after the macroeconomy

Markets and Euro moves after the macroeconomy

EURUSD slipped to 1.0880 on the background of the growing gap between the data from the U.S. and Europe in favour of the former. Endless and tangled political disputes seem to be tiring the markets more and more, and the macroeconomy is coming to the fore again. From this perspective, the United States appears to be the least affected by the recent downturn compared to Europe and Asia. To a large extent, this explains why stock indices and the dollar have been going up together more and more lately, although they often move in opposite directions. 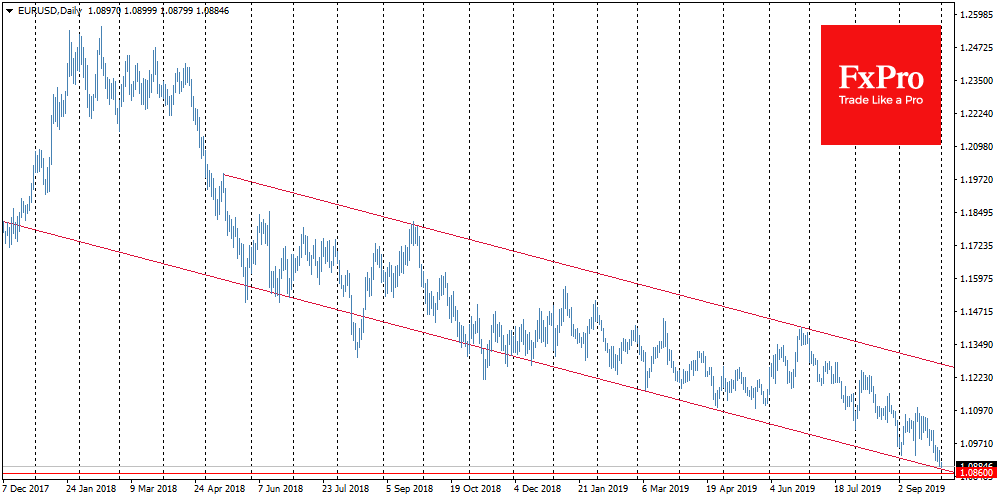 Over the past two weeks, the single currency has been under increased market pressure following the publication of the 10-year lows PMI levels in manufacturing. Yesterday’s bleak picture was complemented by disappointing inflation. The annual price growth rate in Germany slowed to 1.2%. Prices in Italy are rising even slower – by 0.4% YoY.

Today we will see the final PMI and inflation estimates published throughout the day, but there is little doubt that they will be below initial market expectations amid weak preliminary estimates. It was not surprising to see EURUSD slipping into the area of lows since May 2017 to the lower bound of the downtrend trading range. Weak inflation is spurring expectations that the ECB will continue to soften its policy in an attempt to boost the economy and inflation. 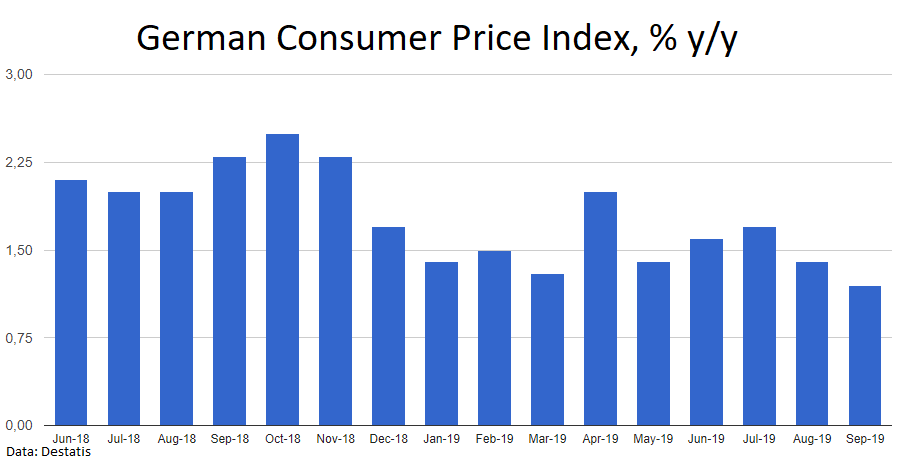 Chinese yuan and Shanghai stock exchange indices are moving down due to growing fears of an economic slowdown. At the same time, the dollar index exceeded 99.10, also rising to the highs of two and a half years, while the major U.S. indices added about 0.5% over the past day and are developing an increase at the beginning of the day. The dollar index is traded near the psychologically important round level of 100, which causes increased attention of market participants. It depends on the further data, whether we will see a sharp reversal or a decisive breakthrough and further dynamic to the area of multi-year highs. 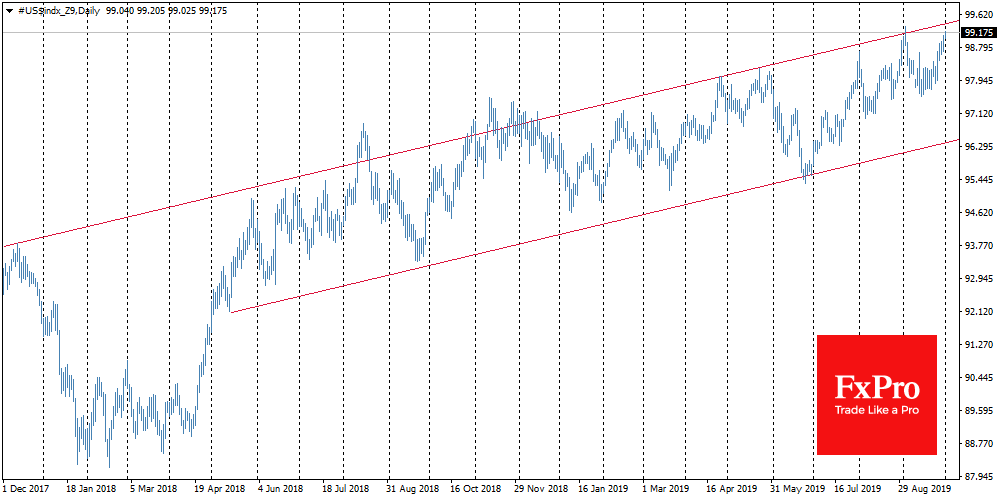 However, as the FxPro Analyst Team said, the U.S. still has enough reasons to worry. Today the Manufacturing ISM, an important indicator of business activity, will be published today. It has been losing ground over the past year, and the August data was below 50 waterline. These data often serve as a reliable indicator of Friday’s statistics on the labour market in the U.S. and often cause a violent reaction of the market.

Further strong data from the U.S. in contrast to the European statistics will be favourable for the dollar, becoming an argument for a pause for the Fed after two rate cuts. But at the same time, strong macroeconomic reports may support the stock market on expectations of strong company reporting.