Market growth halted, be careful of a deeper correction

Market focus Hopes for a speedy reduction in the Fed’s interest rates and the ECB’s readiness to ease its policy this week generated a rally in the stock markets. As a result, S&P500 updated its historic highs on Thursday. However, on Friday, the markets are alert to details: investors are concerned that without tangible progress in trade negotiations, the economy will continue to slow down. This is partly due to the US tariffs, as well as fears over even greater sanction tightening in the future. Moreover, tensions with the US are likely to be raised further, following the shooting down of an American drone by Iran. This could, in turn, drive up the Crude oil prices – which may be an additional obstacle to further economic growth.

Stocks S&P500 updated its historical highs on Thursday, responding to the Fed’s policy easing. However, on Friday morning, the rally lost momentum. To some extent, this was caused by the traditional Friday position-closing by investors. As the FxPro Analyst Team said, it is also worth paying attention to the fact that since January 2018, the updating of historical peaks is followed by corrective kickbacks from 2% to 20%. Consequently, this will be a contributing factor towards a cautious outlook for the stock markets next week. 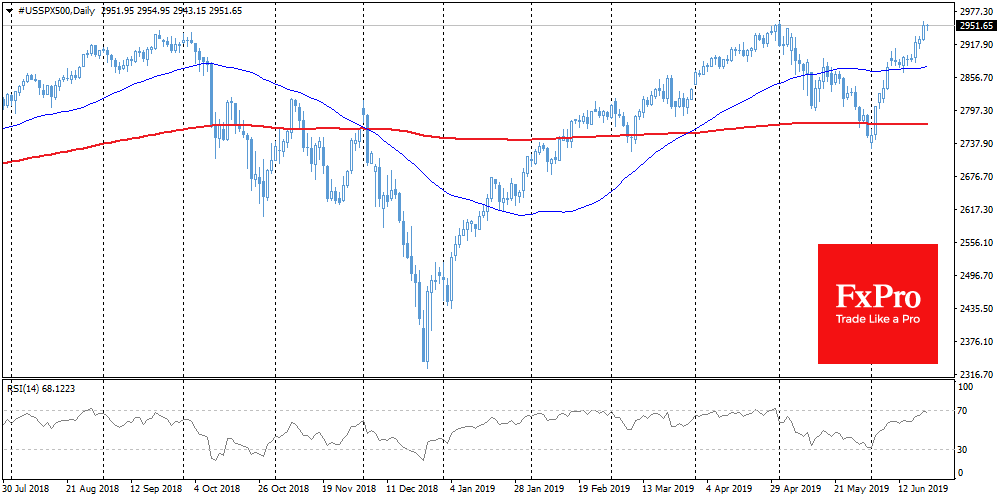 EURUSD The dollar’s retreat supported the euro, sending EURUSD to an area above 1.1300. The single currency twice attempted – unsuccessfully – to break below 1.1100 in May. Meanwhile, in June, the support level appeared to have moved to 1.1200. Given that the softness of the Fed’s policy provides a sufficient argument for a downward trend break, it may soon pass the “test of strength” in the form of a 200-day MA near 1.1350 today. 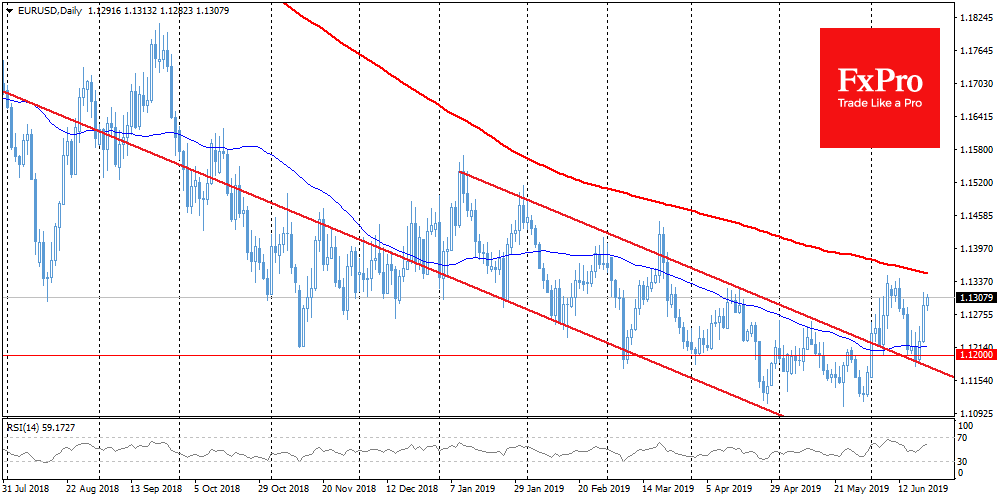 GBPUSD The British pound rose to 1.2725 on Thursday, but after the BoE meeting, GBPUSD was discarded from local maximums. However, it is worth noting that – in contrast with Europe and the United States – the Bank of England continues to adhere to a more hawkish attitude, not excluding a potential increase in interest rates if the economy avoids disorderly Brexit negative effects. 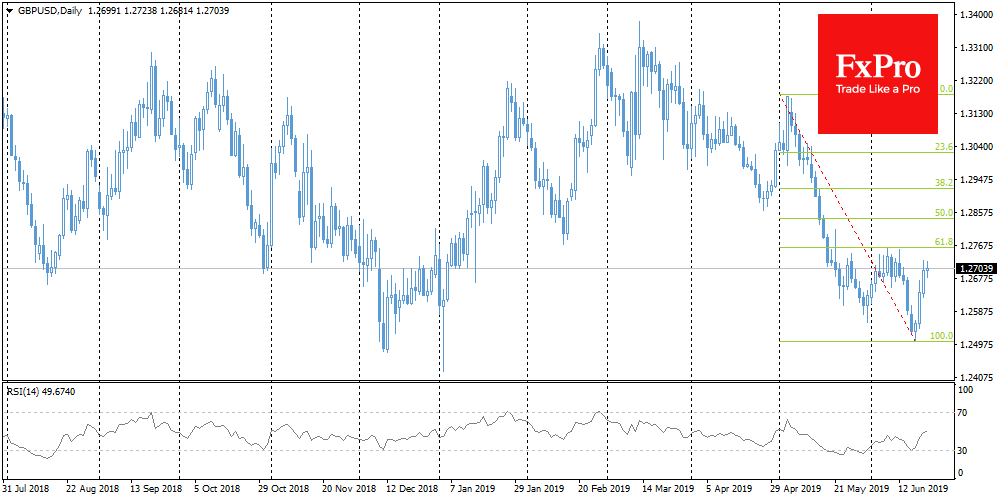