The British parliament will vote on the Brexit agreement today at 18:00 GMT. In theory, this should be a simple vote, with a definite “yes” or “no” answers. The UK parliamentarians have to report whether they support the Agreement principles approved by the 27 EU leaders. If that happens, then the markets will finally understand the UK situation. Otherwise, it may turn to the “dead question” to the world traders for the nearest days.

Observers note that this time Johnson has already secured enough support from parliamentarians. However, it is worth remembering that the same observers have repeatedly underestimated the power of inertia in the House of Commons. It requires a detailed review of all the document details before adoption and does not want to rush. 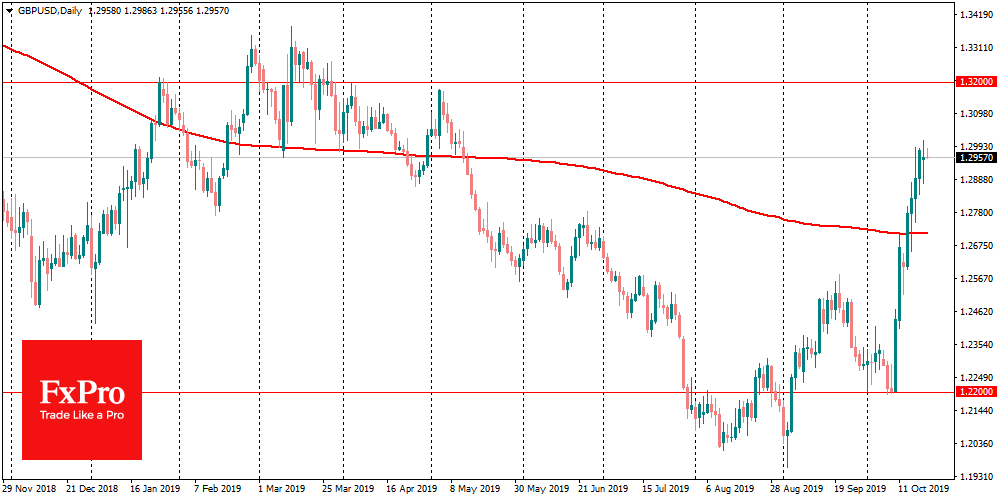 The Brexit news significantly weakened the markets, and they temporarily switched to reports of progress in the Sino-US trade negotiations. The Chinese Foreign Minister noted that the parties would sooner or later overcome their differences if they act based on mutual respect. That was seen as a positive signal, sending the US and Chinese indices to increase. The S&P500 is now trading at just 0.7% below historical highs, returning to an area above 3,000. 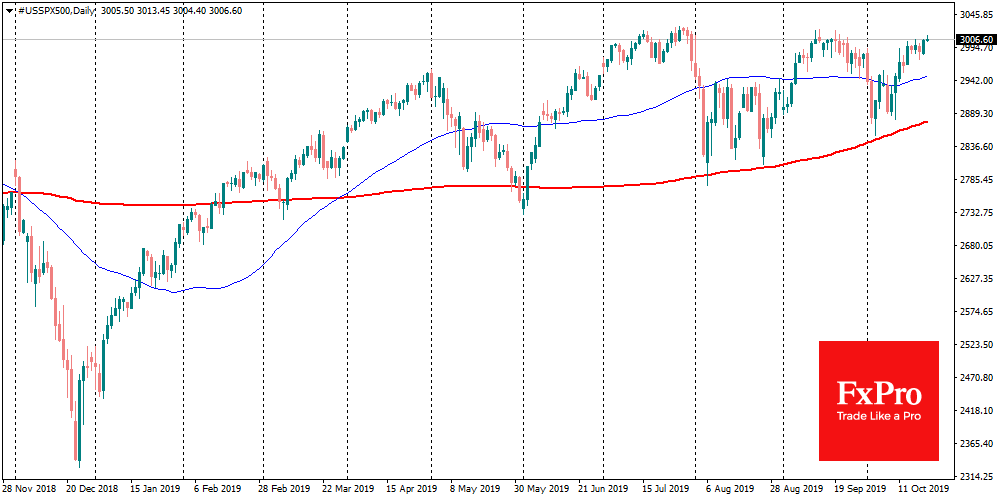 As the FxPro Analyst Team said, all the “reasons for joy” are divided into endless “ifs” and “buts”. Representatives of the United States and China in the previous days noted that they were striving to conclude a “correct” agreement, even if they did not meet a specific deadline. Positive feedback on the course of the negotiations, while supporting the optimistic mood of the markets, still hardly hides yet another slipping. Both countries need the deal, but not at all costs. Therefore, on the one hand, we see smiles on the faces of country leaders, but on the other, we hear new hints that the deal will not be approved soon.

Traders in Chinese markets seem to have grasped a similar subtext. So, the yuan stopped strengthening after three days of growth, and the Shanghai blue-chip index retreated from 20-month highs at the end of last week. 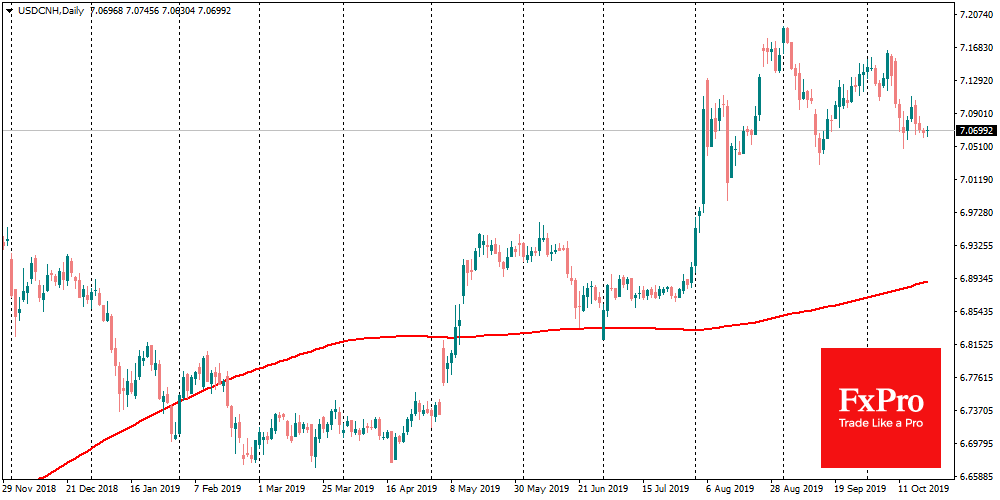 Investors increasingly focused on the Chinese economy, which note a cooling of growth rates. Quarterly data released late last week marked another slowdown in national growth to lows in modern history. Chinese authorities call these historically low marks (about 6%) as target for the next year, destroying hopes for accelerating the development of China.

Additional troubling calls come from the area of growth in the overdue debt of Chinese companies. China has alarmingly high dollar-denominated debt, which the IMF has warned more than once. Nearly 15% of the renminbi devaluation in just over a year, with simultaneous export collapse and falling global demand, opens Pandora’s box and could turn into real chaos for the markets in the coming quarters if the authorities fail to take control of the situation.