Home › Market Overview › Is the trade deal needed only to China?

Is the trade deal needed only to China?

Trump supported the US markets and reiterated the proximity of the trade deal with China. American key indices have updated their historical highs once more, bringing the year-to-date growth to 26% for S&P500. Interestingly, the Chinese markets failed to maintain a positive mood, quickly returning to a decline on Wednesday morning. China A50 Blue Chip Index lost 0.6% today, declined 4.5% from its local peak levels on November 7. For comparison, the S&P500 rose by 2.5% over the same period. 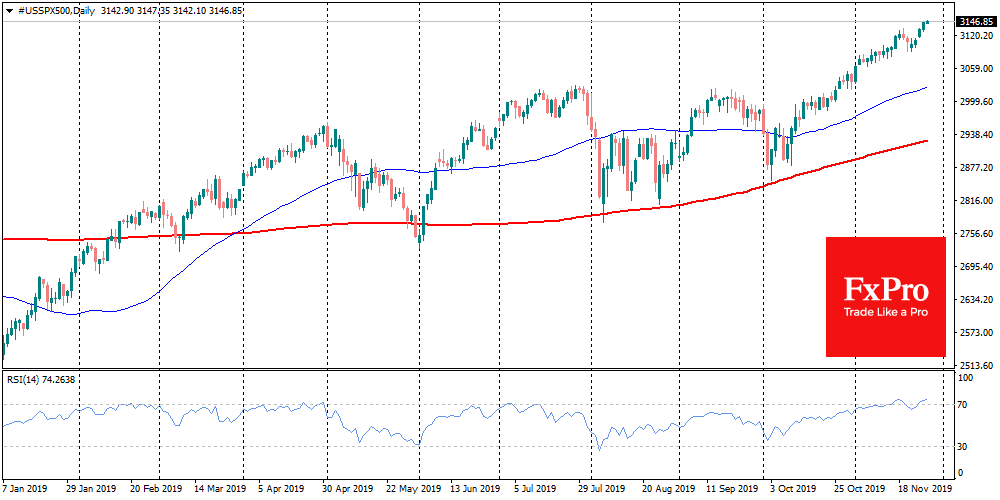 It seems that fewer traders and investors are making decisions depending on the tone of comments and pay more attention to the economic indicators. And in this case, the strength is on the side of the US. For export-oriented China industrial production is the primary driver while for the US this is consumer spending. So traders and investors are watching these areas with the most considerable attention. Fresh data from China showed a decline in industrial profits against last year’s levels, which brought back fears of the consequences of trade wars. 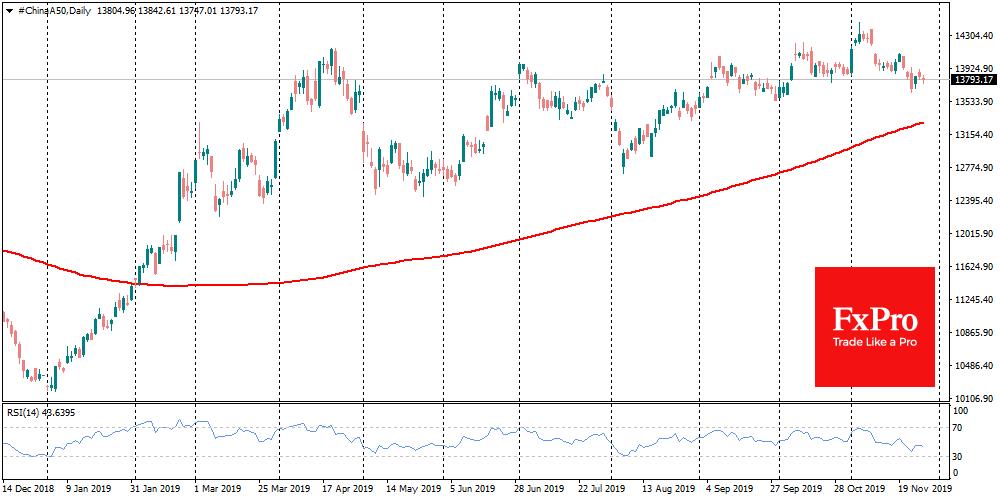 The US consumer confidence index published on Tuesday marked the fourth month of decline in a row. However, it remains at very high levels that still can support the economy. More accurate data will be available this afternoon with the release of personal income and outlays statistics in October. 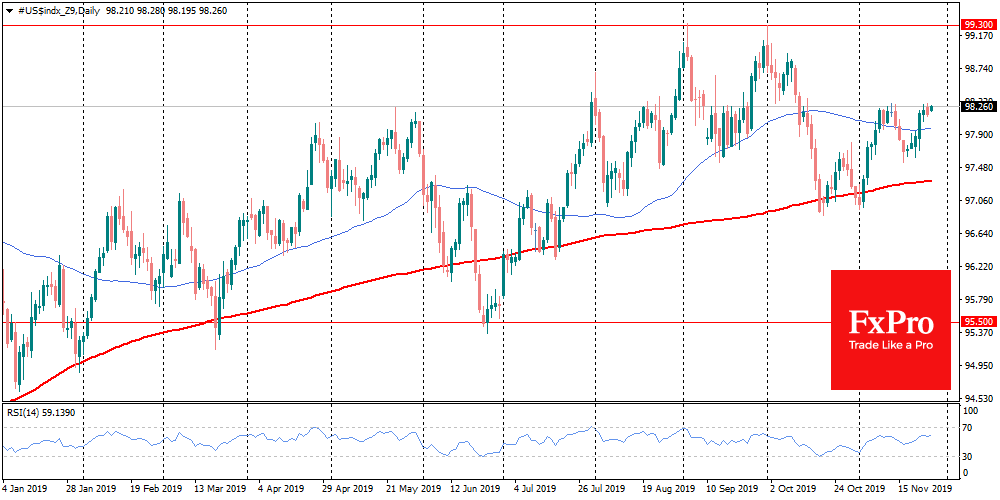 The US and Chinese politicians have consistently argued that the deal is important and hits the opposite side more. However, the markets and facts by now seems on the US side. We may see this both in the more robust stock markets and in the dynamics of the currency. The dollar was rebounding in November, as markets were dumping the soon-to-be-signed “Phase 1”.

The Chinese yuan, however, was losing ground and failed to consolidate below 7.0 per dollar. All this indicates that time is playing against the yuan and in favour of the dollar.