Investors are buying up defensive assets

Market focus A cautious attitude is returning to investors. President Trump put pressure on stock markets, recalling the readiness to impose tariffs on Chinese goods worth up to 325 billion, which returned to market fears over the consequences of trade conflicts. In the Beige Book published on Wednesday evening, the Fed noted relatively positive growth forecasts, but also indicated that companies still find it difficult to pass on increased costs to consumers. This, in turn, suppresses the inflation.

Stocks US indices lost 0.5-0.7% on Wednesday. Index futures continue to lose 0.2% this morning, falling for the third day in a row. SPX retreated below 3000. Besides, RSI has returned from the overbought area, which may further increase short-term pressure. Market anxiety is fuelled by the weak reporting of CSX Corp, whose failures are viewed by investors as a signal of the global economy cooling and reinforcing the investor’s desire to buying up defensive assets. 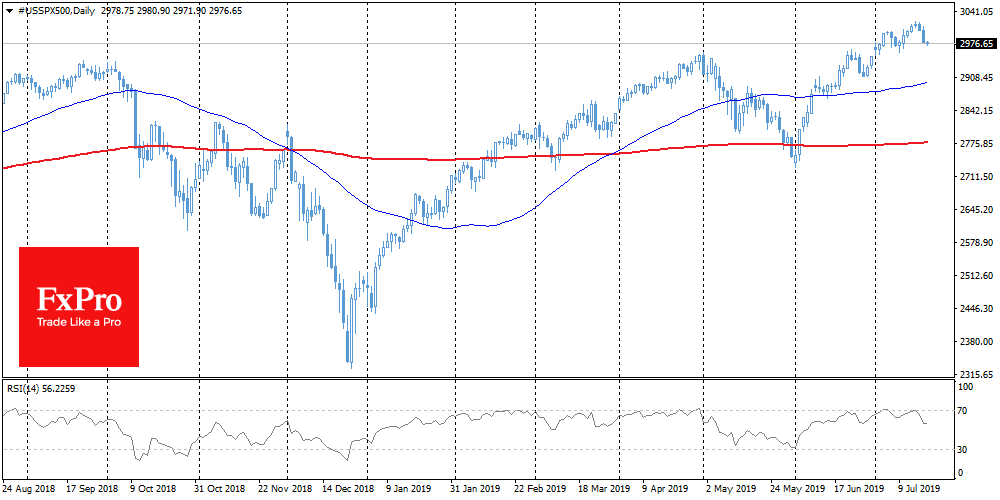 EURUSD The International Monetary Fund (IMF) noted that the dollar is overvalued by 6%-12%, based on short-term fundamentals. The IMF rarely comments on courses, and therefore, there are growing fears that the Trump administration will seize upon this thought, increasing pressure on the FOMC before the meeting on interest rates in two weeks. At the same time, the growth of the single currency is limited by the expectations of softening ECB policy next week. As the FxPro Analyst Team said, central banks continue to play the senseless game of “make it softer than your neighbour.” 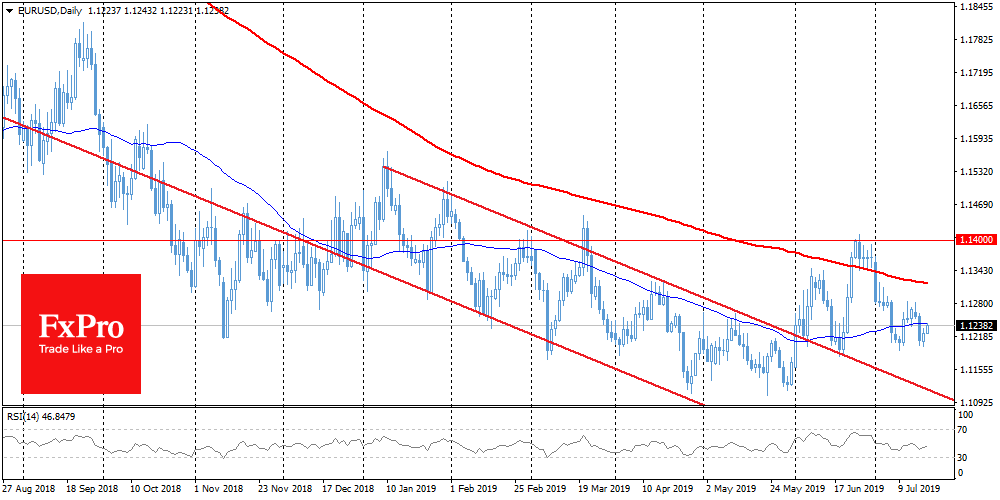 Chart of the day US 10-year Treasury yields have returned to the 2% level, reflecting growing concerns about the U.S. economic growth. Reporting season has just begun, however, while the companies’ results are weaker than expected. A further drop in the yield of long-term US government bonds could be an alarming signal for the markets, further increasing pressure on stocks, and also causing a weaker dollar as investors look for more yielding assets.