Market focus Alphabet and some other American IT companies have suspended business with Huawei, which is one of the first examples of major consequences for a Chinese company being blacklisted by the US government. In addition, US warships cruised near disputed islands in the China Sea. Up to now, the Chinese side is limited to harsh rhetoric. Nevertheless, the last turn of the trade wars provoked a market reaction in the form of key indices decline, which returned the demand for US government bonds and defensive yen and franc. 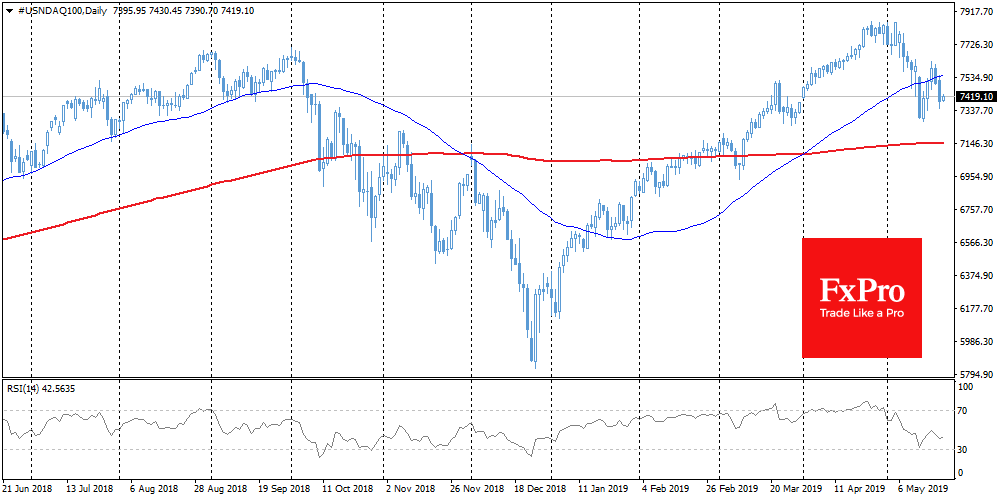 Stocks Technology companies stocks were under pressure on fears that the situation around Huawei would jeopardize established supply chains. The Nasdaq fell by 1.5%, futures for the S&P 500 index lose half as much, falling by 0.7%. As for the technical analysis, this is a negative signal for the S&P 500, reflecting the possible end of the rollback and increased pressure after an unsuccessful attempt to close above the MA50. 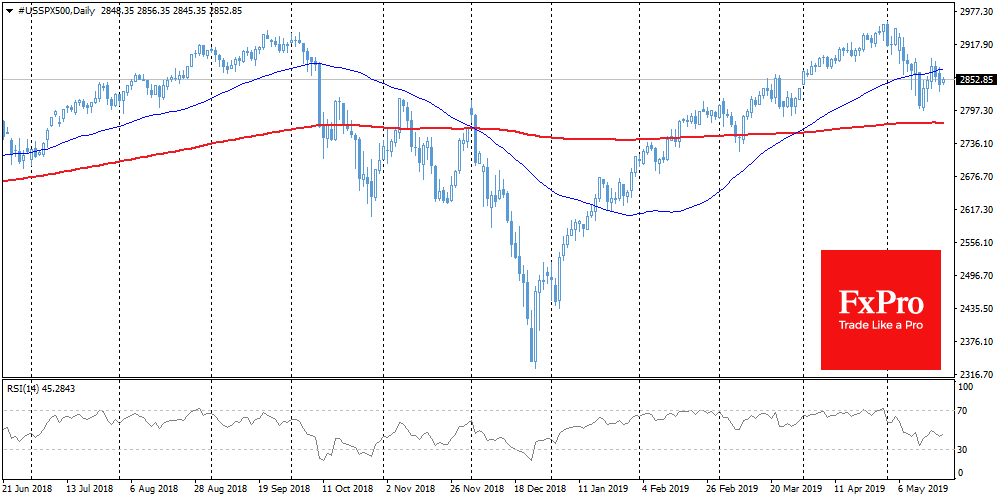 EURUSD Since the beginning of the week, the pair fluctuated between 1.1150 and 1.1170. The decline in European currencies has stopped after growth last week. Among major data that may affect the dynamics of EURUSD, there are releases of US Existing home sales and Consumer Confidence for the euro area. A decline below 1.1100 may indicate a breakdown of an important level of support, causing more intense pressure from bears. 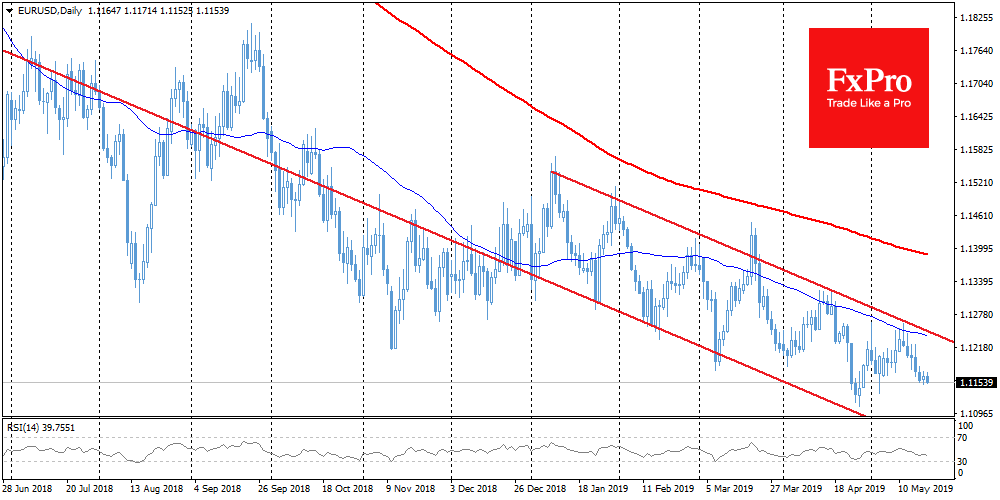 Chart of the day: GBPUSD The British currency stabilizes above 1.2700 after touching this level last Friday. The strengthened GBPUSD sale since May 6 caused a decline in the pair by 3.6%. Probably, the purchases are fueled by news of a new attempt to get government approval of the Brexit plan. Technically, GBPUSD touched the oversold area. The ability of the pair to stay above 1.27 may cause an increase in speculative purchases after a prolonged decline. 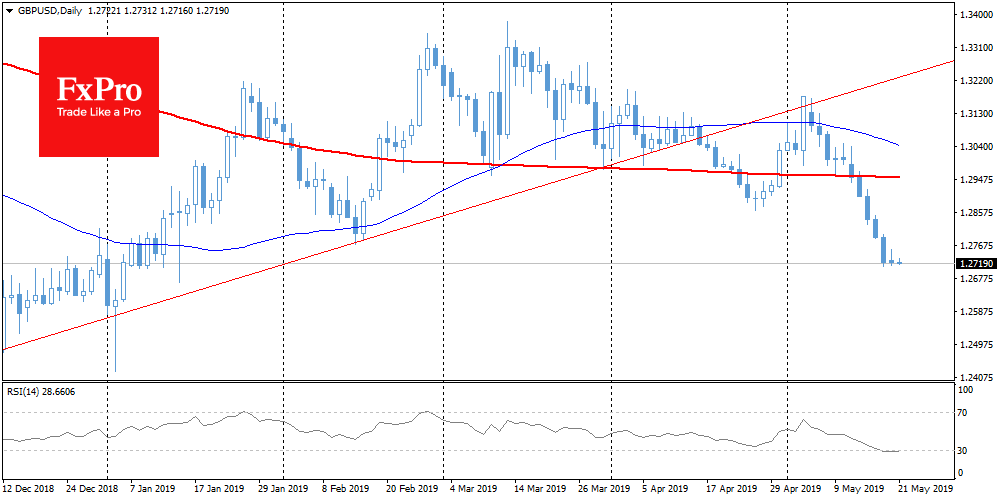