The end of the year on the financial markets turned out to be very positive. Asian stock markets ply near multi-month highs; the American markets are leaning towards growth, according to the dynamics of futures on the major indices.

The Chinese yuan and Australian dollar retreated from 4-month highs against the dollar, after an impressive growth at the end of last week. However, this decline should not be taken as a trade deal disappointment. So far, it is reasonable to talk about the desire of the markets to “sell the fact”.

Among the essential barometers of sentiment in the currency market, it is worth noting that the Chinese yuan remains at 7.0, which is a crucial psychological indicator of sentiment. The Japanese yen is losing ground to its main competitors.

Markets engrossed by the idea that the worst is over. The easing of the central bank policy is already bearing fruit, which can be seen in the improved macroeconomic indicators of China and the eurozone. Separately, China and the U.S.have managed to agree on a phase one trade deal, but it is not officially signed yet. 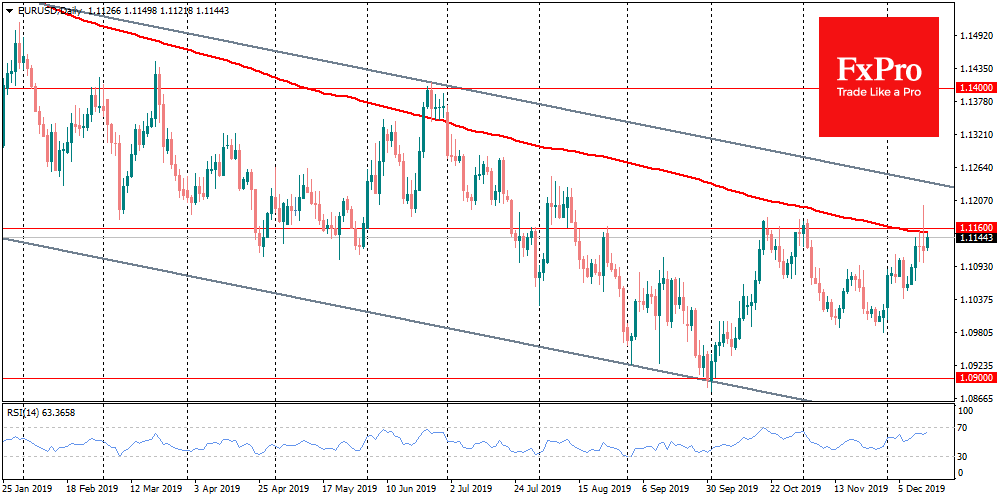 UK markets continue to take the lead from a major conservative victory in last week’s elections. The Tori party won the majority in Parliament, which should allow it to pass bills, including Brexit, without the need to form a coalition. The GBPUSD surged above 1.3500 on Friday to its highest level since May 2018. On Monday morning the pair was stood at 1.3400, slightly corrected after a spike. However, the pair climbed more than 12.5% from the August lows, reflecting the hopes of the markets to break the legislative deadlock in Britain after three and a half years of wanderings.

The single currency behaves a little more modestly. On Friday, EURUSD failed to climb to levels above 1.1200 and consolidate over the 200-day average. The pair was under pressure since Friday morning and was pushed back to 1.1100 by the weekend. At the start of trading on Monday, the euro grew against the dollar and the yen as markets optimism prevails. 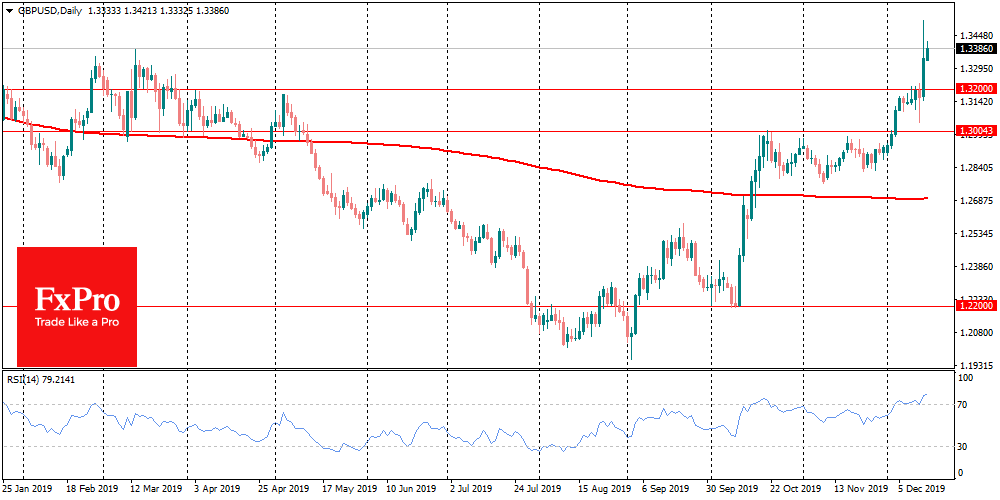 However, the markets will follow with caution the release of the first PMI estimates in December for the countries of the Euro-region. In the previous months, the publication of these indicators gave more reasons to sell than to growth.