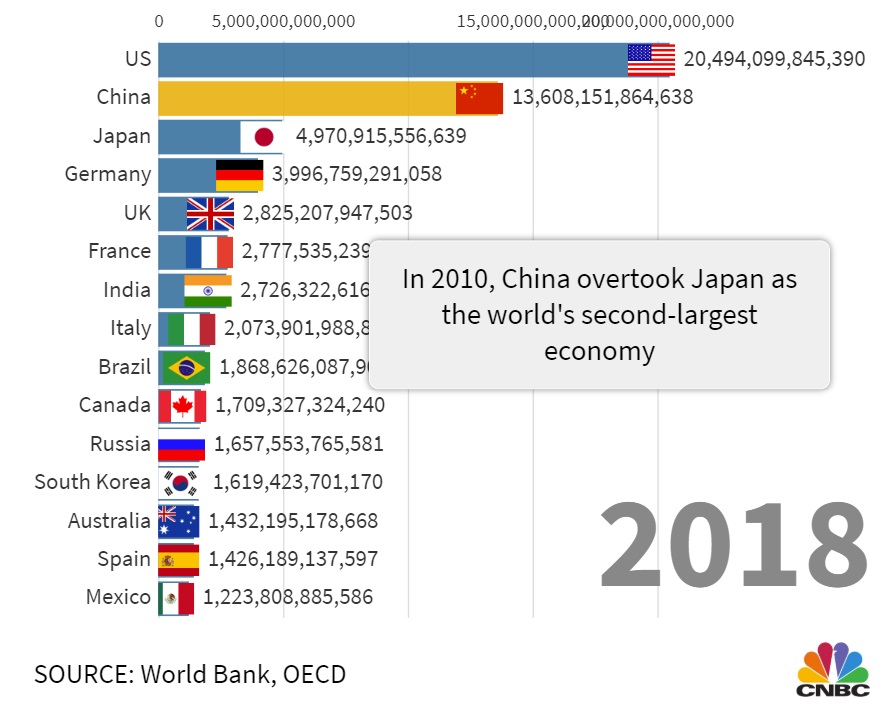 China’s climb up the ranks

China overtook Japan as the world’s second-largest economy in 2010, measured in current prices or nominal terms (not accounting for inflation), according to data from the World Bank and the Organisation for Economic Co-operation and Development. It has since remained in that position, second only to the United States. 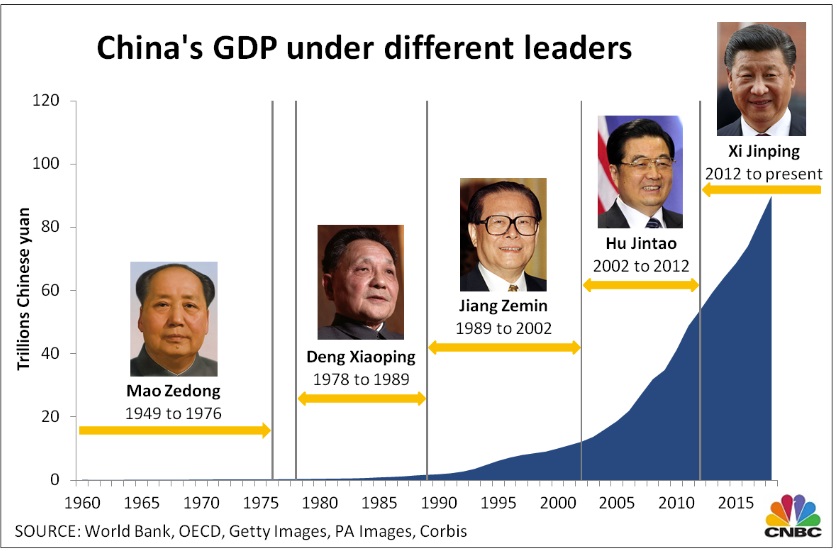 Under the leadership of Deng Xiaoping, one of the most prominent and powerful leaders of the country in the 1970s, China kicked off a series of reforms in 1978 that brought the country out of economic isolation. 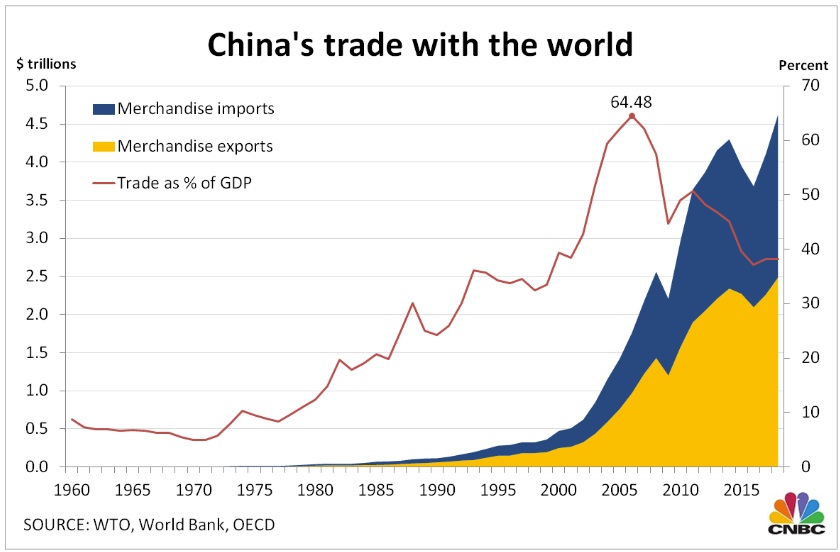 Factory of the world

One major driver behind China’s economic rise was its massive network of factories that churned out everything from toys to mobile phones for consumers all over the world. 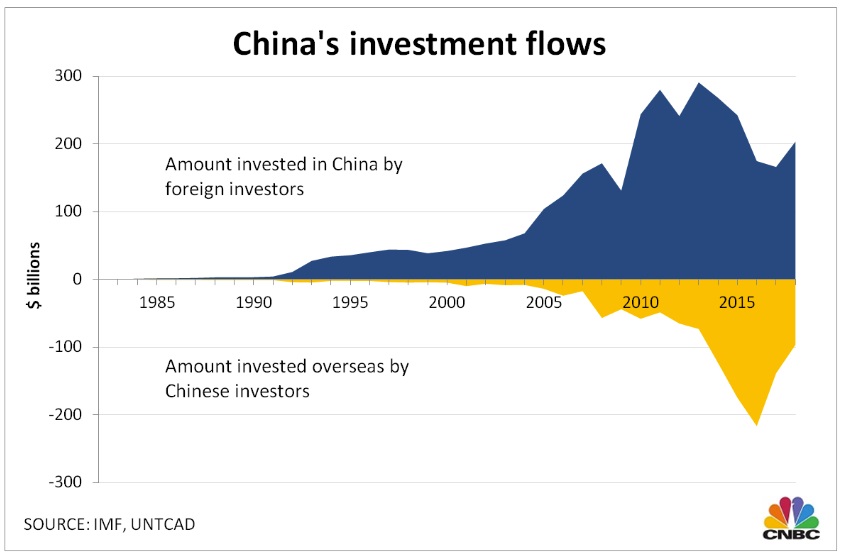