This week will be critical for the British currency, which may result in increased volatility of sterling both downwards and upwards. Right now, positive market sentiment supported by hopes for approval of the UK exit from the EU. It is important to remember that the events around Brexit affect not only the British pound but also the euro, not to mention UK stock markets and shares around the world. 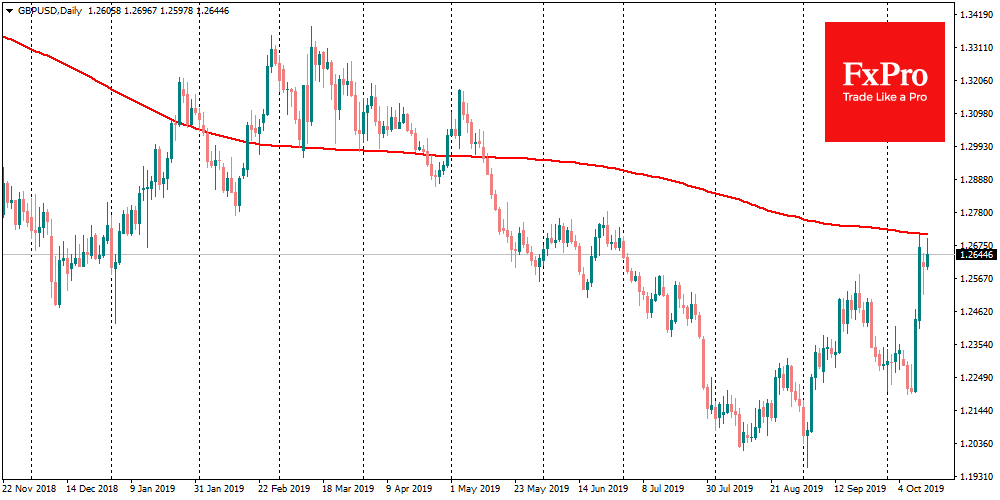 Today, October 15, EU ministers will meet in Luxembourg to discuss the latest changes to the deal proposed by the British Prime Minister and discussed with the Prime Minister of Ireland. At this level, the current agreement seems to be working and is unlikely to meet obstacles or negative responses. And that may become quite good news for the pound. But it will be harder in the future.

On October 16, the deal proposals wood need to be finalized before the crucial EU summit. A critical test is a meeting between Macron and Merkel, whose feedback may stall or give further impetus to the discussion. The pound and markets may have to survive a few hours in the background of heightened nervousness. At the EU summit on 17-18 October, Brexit’s discussion is likely to overshadow all issues, including defence, security and climate change. The most important question is whether the European Union will approve Britain’s proposals. Hints and comments from officials long before the final press conference may cause a strong market reaction.

If Brussels and London reach agreement, this new plan should also be approved by the UK Parliament. As the FxPro Analyst Team said, Prime Minister Johnson hopes that PMs will do this on the special session on a Saturday. Although the markets have met news on Brexit’s postponement very positively earlier, at this stage, the deal will drastically reduce uncertainty and could dramatically increase the purchase of British currency. In this case, Sterling could potentially return to the area above 1.32, where it was in March, from 1.2660 now. 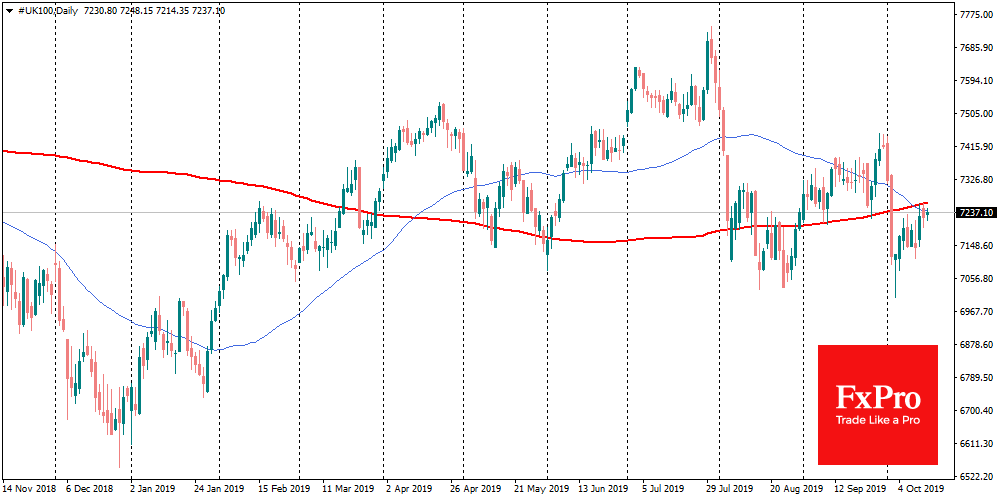 Without the deal approval from the EU, or UK Parliament and MPs, Johnson will have to make an official request to the EU for another three-month postponement. First of all, it will be a return to uncertainty. Markets have a very negative perception of uncertainty so that the initial reaction could be a sell-off of the British currency.

However, there is also a greater chance that during the new deferral Brexit’s opponents may put on a vote an amendment requiring a public vote on the deal with the EU, or even a call for new general election. In the latter case, the chances of Britain’s exit from the EU are reducing, which may have a positive impact on the British currency and return the purchase of risky assets to the markets.

Formally, there is still a realistic chance that Britain may exit from the EU on October 31 without having a finalized deal. Analysts estimate the chances of such an outcome at 5-10%. This scenario could be a black swan for the British markets, like the unexpected outcome of the referendum in 2016. In this case, GBPUSD can decline below 1.20 very quickly, causing a shock wave in the markets.