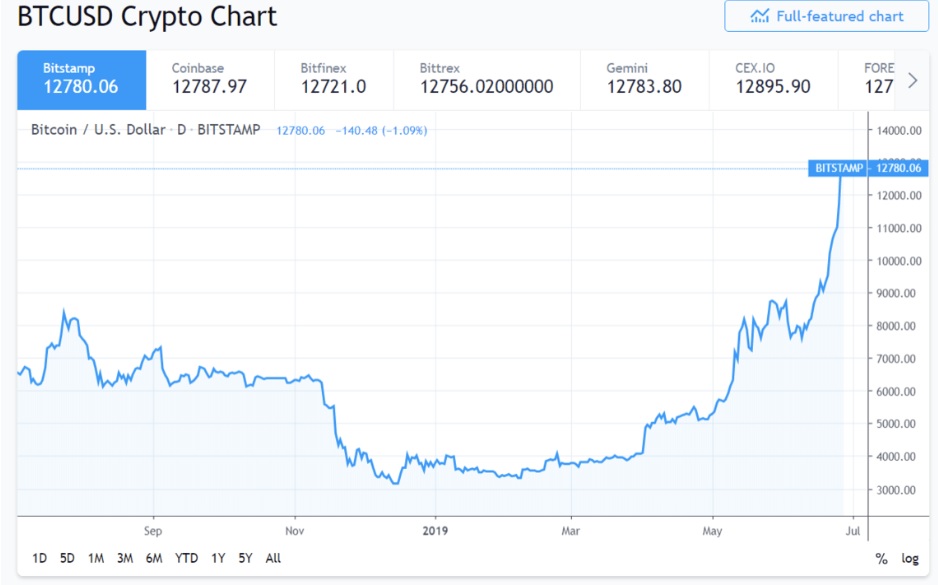 The price of bitcoin has more than tripled this year, making it one of the best performing asset classes out there. Not surprisingly, institutional investors have piled into bitcoin to take advantage of the terrific price rally and mint more money.

This is evident from the latest data from bitcoin-focused investment firm Grayscale, whose total assets under management (AUM) just crossed the $3 billion mark.  Analysts expected institutional investors to drive into cryptocurrencies this year, and that has been the case so far.

Grayscale reported in May that hedge funds went on a bitcoin buying spree. In the first quarter of 2019, hedge fund inflows into Grayscale’s products shot up to $24 million as compared to just $1 million in Q4 2018. The firm also added that 56% of its total investments during the quarter were driven by hedge fund inflows, leading to a 42% quarter-over-quarter jump in the firm’s total inflows. Grayscale’s publicly-quoted Bitcoin Investment Trust (GBTC) seems to be the biggest beneficiary of the hedge fund inflows. The product accounted for nearly $2.85 billion of the firm’s total assets under management according to the latest report.

The price of bitcoin has rallied remarkably this year despite geopolitical tensions and a volatile stock market that’s giving rise to fear among investors. This has cemented bitcoin’s position as a safe-haven asset, giving hedge funds a new asset class to invest in other than the likes of gold.

This is probably why institutional investors are now more inclined toward bitcoin as an investment. Asset manager Fidelity, which started a bitcoin custody service for its customers earlier this year, carried out a survey of 441 institutional investors. It found out that 72 percent of the surveyed investors have a preference toward purchasing investment products with digital assets.