Gold volatility set to increase due to trade wars uncertainty

Chinese and U.S. politicians cannot agree on terms of mutual trade. Periods of high market volatility increase the demand for gold as a protective asset. However, it would be too simplistic to believe that gold will grow until the parties finally agree.

Gold price rises sharply during periods of increased market volatility. One such case was on Tuesday when the decline of the American market by 1.5% lead to a gold price jump by 1%. However, when the dust settled with the degree of market tension decreased, the prices for the precious metal often returns downward.

As the FxPro Analyst Team said, the status of a protective asset for gold implies its use as a safe-haven, where investors can weather the storm in the financial markets. But gold reacts symmetrically to the incoming information, climbing sharply on the news about the escalation of trade tension and declining in response to the increase in the chances of China and the U.S. trade deal. 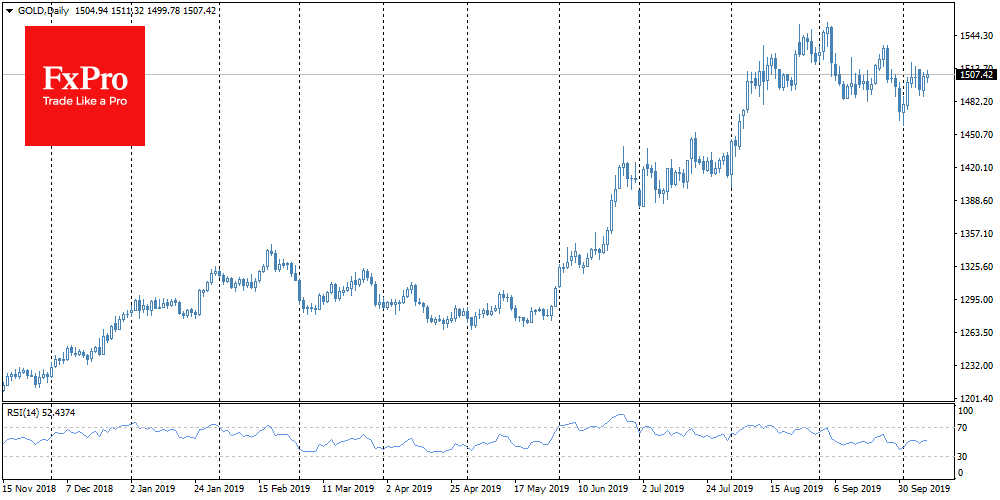 The price is now close to $1,500 per ounce – where it was two months ago, obviously losing its growth momentum near this round level. Losing impulse for growth partly deprives gold of the status of a safe harbour, as the precious metal is in the power of market storms. 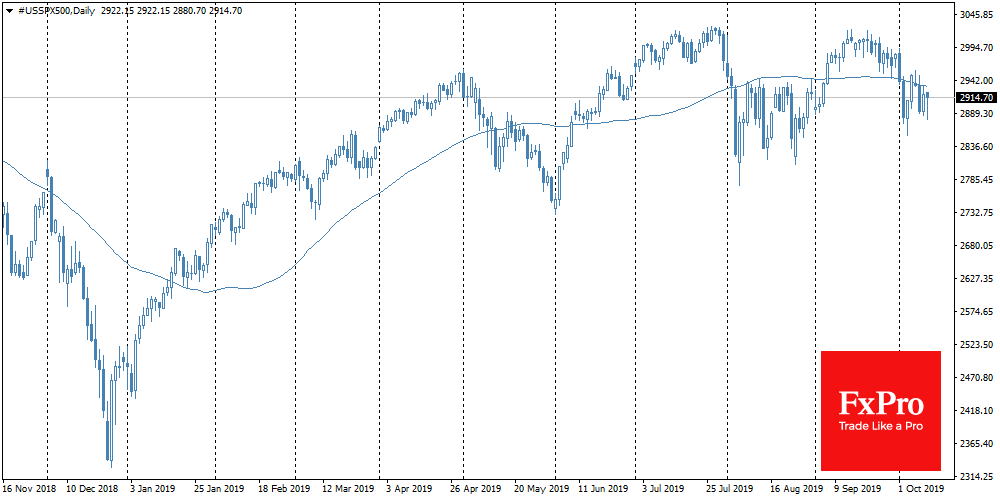 Nevertheless, gold has increased dramatically this year, and this trend has only an indirect connection with trade wars. Maybe the monetary policy was the main reason behind recent gold growth. And this connection puts gold on the same side with the stock markets, rather than being antipodes.

The chart shows that both gold and the SPX index experienced an impressive growth impulse in June when the Fed’s interest rates cut appeared on the horizon. Policy easing increases the attractiveness of gold, stocks and other alternative investments against the debt markets, where interest rates reached multi-year or even historical lows in the summer.

Another source of long-term gold growth is the acceleration of inflation, which is a consequence of lower interest rate policies. Inflation undermines the purchasing power of the dollar, which is good for stocks and gold. The massive gold rally of recent years was not so much related to the collapse of the markets of 2007-2008. The price growth attributed to the period from the end of 2008 to 2011, when it became clear that the financial system withstood the blow, and the central banks flooded the fire with massive injections of liquidity. During this time, gold tripled in price to levels above $1,920. Repetition of such a scenario could trigger gold to the region of $3,000 per ounce. 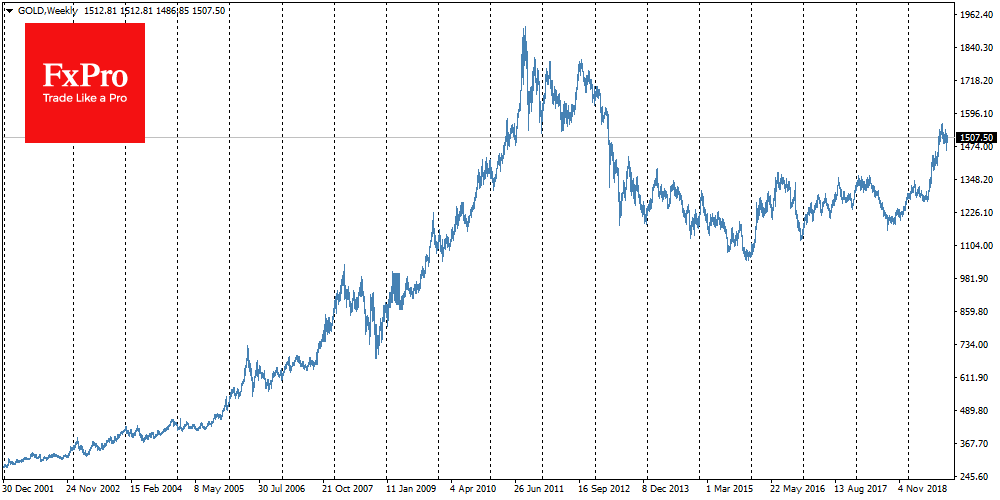 The downside of such a connection is the fact that gold is vulnerable to a decline in case global politicians manage to regain confidence in the markets. In this case, the issue of policy normalisation may reappear on the agenda of large central banks. It promises to blow of the recent “bubble” with a potential of price drop to the $1,300 area until March 2020.

In any case, gold is unlikely to sit in a narrow trade range, hiding behind the status of a safe harbour.