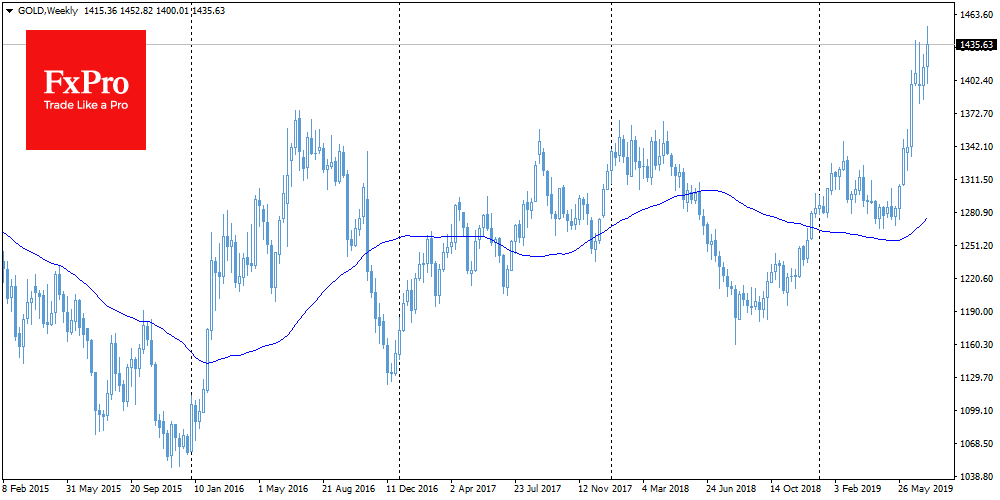 Gold benefits from a combination of two factors: lower interest rates in debt markets and continuing hopes that the global economy will maintain healthy growth.

The current situation resembles the dynamics from 12 years ago, when the Fed reduced the rate and supported the banks, despite the generally healthy economic situation. Back then, the softening of monetary policy led to gold strengthening by more than 60% over the next eight months.

The repetition of such a scenario could push the gold quotes in the next six months to new historical highs above 2,000.

Despite the attributed safe-haven status, gold is much more likely to grow along with markets, than in periods of heightened turbulence. If the policies of the world’s largest central banks keep the markets from selling, it may fuel an increase in gold quotes.