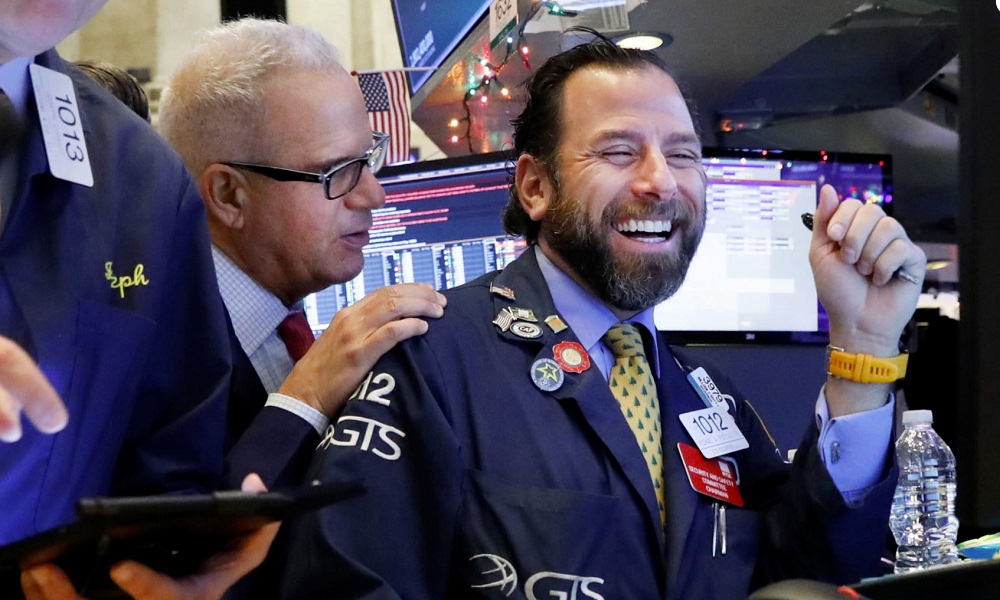 Global stock markets have been on a torrid run in 2019, adding more than $17 trillion in total value, according to Deutsche Bank calculations. The value of global equities began the year just under $70 trillion but has now surpassed $85 trillion, according to a chart from Deutsche Bank’s Torsten Slok.

The banner year for equities has been helped by easier monetary policy and political developments around the globe. Central banks around the world have taken a more dovish approach, boosting markets. The Federal Reserve has cut its benchmark interest rate three times this year, and the European Central Bank cut its already negative rates even further.

The global trade outlook — in turmoil since the election of Donald Trump and the vote for Brexit in the United Kingdom — also became more clear during the year. On the United States’ trade fronts, the House of Representatives passed the new North America trade deal from the Trump administration, and the country reached an apparent deal with China in phase one of trade negotiations. In Europe, the resounding victory for Boris Johnson’s Conservatives is expected to give him the power to negotiate the country’s exit from the European Union. The large climb for world markets has been largely dominated by the U.S. markets, however. The rally in the U.S. has been broad, with the S&P 500, Dow Jones Industrial Average and Russell 2000 all rising more than 20% this year.