Germany has just released unemployment data for April. The increase in the number of unemployed amounted to 373K, to the highest levels from November 2016. The unemployment rate jumped from 5.0% to 5.8%. The average forecast of analysts suggested growth by 75K and unemployment to 5.2%. As we repeatedly noted earlier, analysts sharply underestimate the magnitude of the loss of the labour market and business activity. Subsequently, this may cause a severe reassessment of prospects.

This report made a wave of pressure on the single currency, not letting EURUSD above 1.0890. The downward momentum in the pair did not receive its development in the next hours, as market participants are waiting for new ECB comments on monetary policy. The publication is scheduled for 11:45 GMT, followed by a press conference at 12:30. No rate changes expected, as well as other program parameters. However, the chances are now that the decisions and comments of the ECB can cause strong market movements. 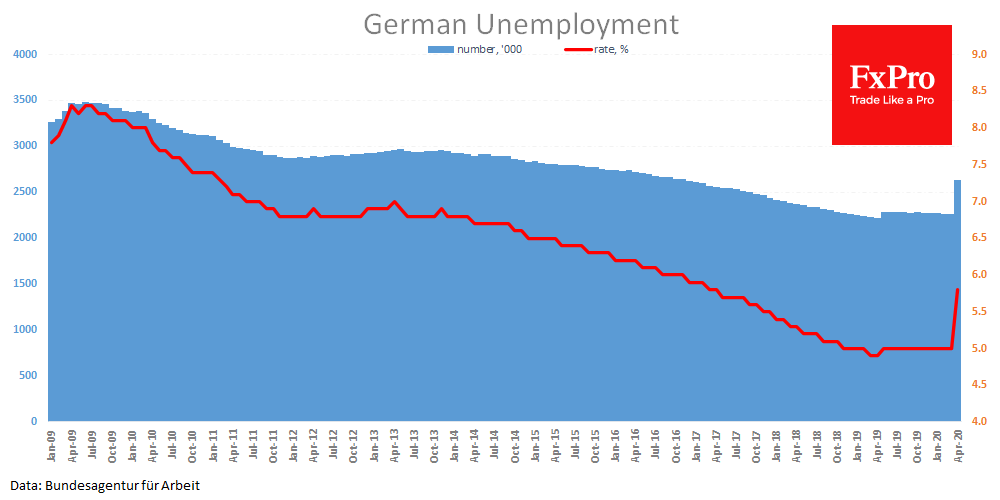