From trade optimism to trade fears: markets in red

Market focus This week marks a turn towards safe-havens. Market participants reduce positions in risky assets on fears that the continuation of trade conflicts will significantly pressure the economic activity. A noticeable shift in expectations triggered the process of escape velocity after the strong rally in the first four months of this year that was fed by the trade deal hopes. As often happens, optimism quickly changed to fear. 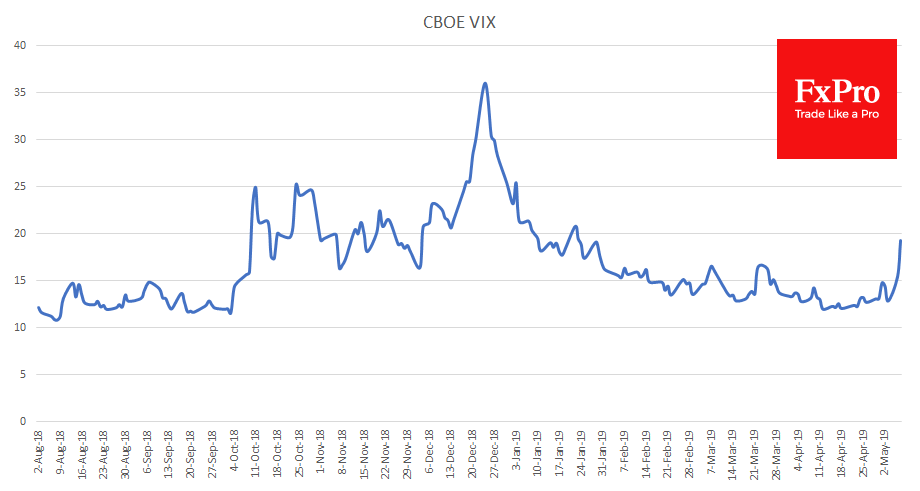 Stocks The key U.S. stock indexes turned sharply to decline. The S&P 500 intraday declined over 2.3%, showing the sharpest drop in the last 6 weeks. The so-called fear gauge — VIX — continued its climb, reaching this year highs at 21.75, but later corrected to 19.3, showing an increase of more than 67% in just two days. The previous two equally sharp bursts of the VIX in October and December last year ended with S&P 500 collapses by 12% and 16.5%, respectively, over the next few weeks. 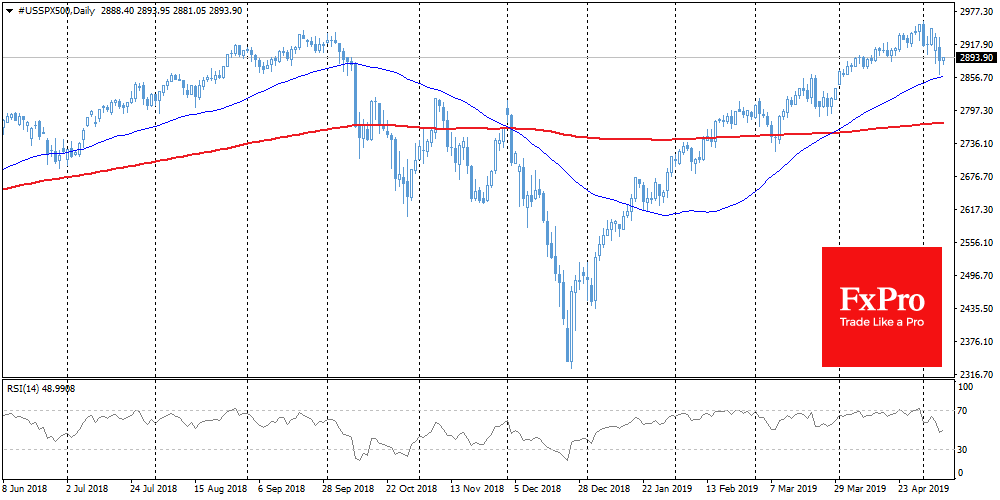 EURUSD On Tuesday, the European Commission cut its forecasts for growth, which increased market anxiety regarding the state of the global economy. However, the EUR reaction was limited, since the more relevant PMI indices earlier this week were higher than expected, noting the relatively good state of the service sector, which accounts for about 70% of the economy. 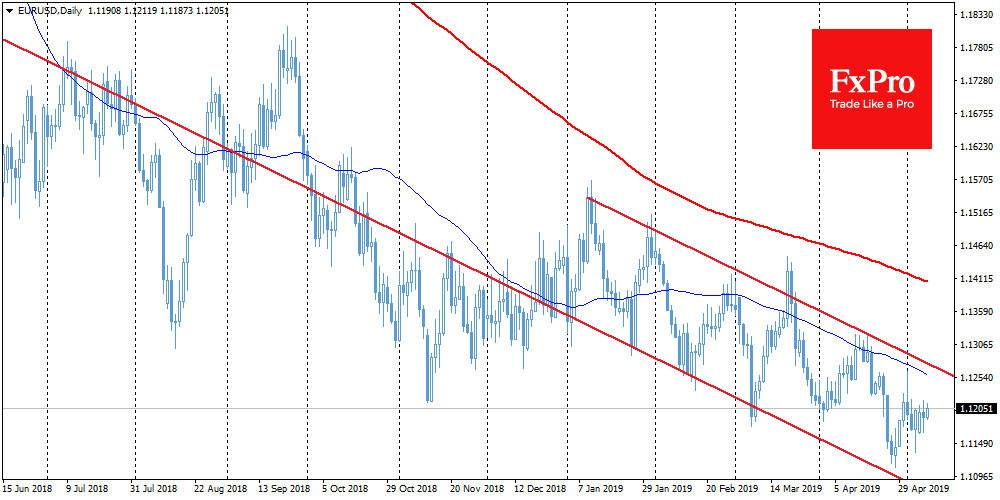 USDJPY The dollar fell below 110 yen at the start of trading on Wednesday amid a sharp reversal of markets to decline. For two weeks, the USDJPY rate declined by 2.2%, acting as an indicator of demand for “safe-havens” along with the U.S. and Japan bonds. The mood of the markets is largely dependent on the course of negotiations between China and the United States, and therefore we cannot exclude sharp fluctuations in both directions. 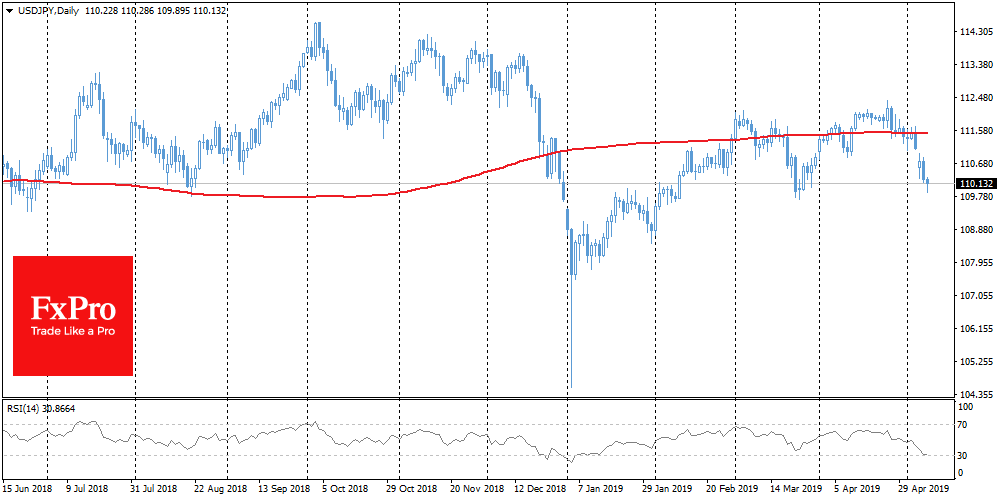