EURUSD It seems that the series of bad economic data in the eurozone has been left behind. Monday’s PMI indices in the service sector exceeded expectations in addition to strong inflation data at the end of last week. Due to this data, the EURUSD managed to return above 1.1200. Today, the focus of investors with positions in the euro is the publication of the European Commission forecasts. Optimistic forecasts can further support the euro. 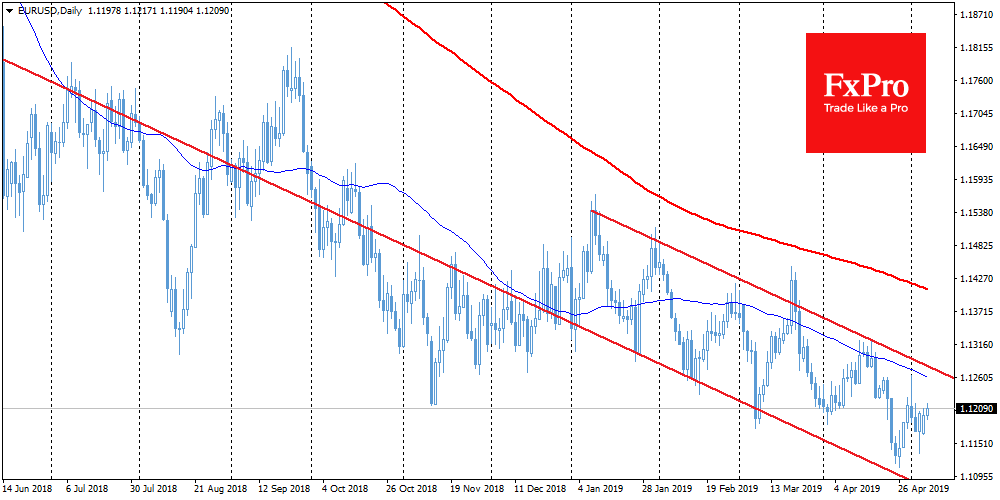 AUDUSD, NZDUSD The Reserve Bank of Australia decided not to cut the interest rate, which was expected by most of the surveyed analysts. As a result, AUDUSD jumped 0.6% to 0.7040. The recovery of the pair, however, is restrained by concerns about the US / Chinese trade deal. Next on the agenda is tomorrow’s meeting of the RBNZ. The economies of Australia and New Zealand are tied to exports to China, so the actual and planned steps of the PBOC related to monetary policy since the beginning of the year have somewhat relieved the pressure on the RBA and RBNZ. 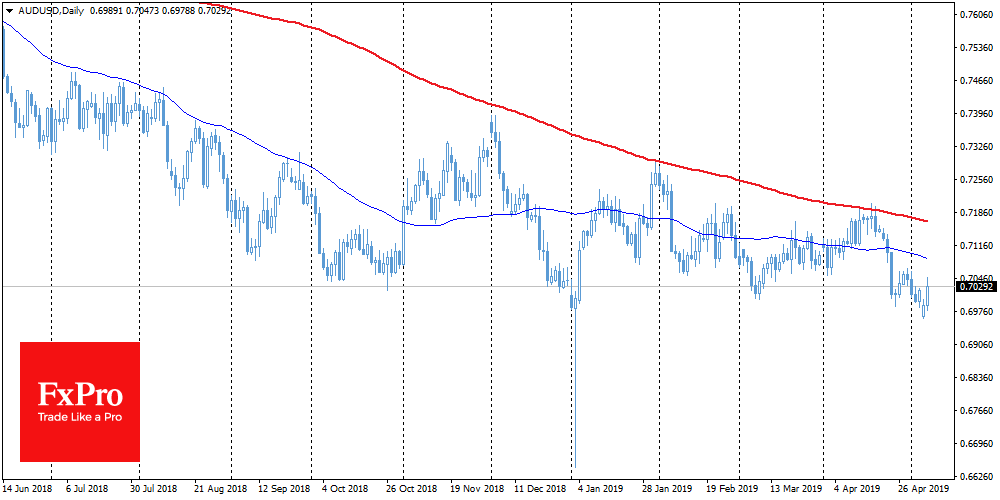