Home › Market Overview › Fed assures that economy “is okay”. Is it worth believing?

Fed assures that economy “is okay”. Is it worth believing?

The Federal Reserve cut the key rate by a quarter of a percentage point to 1.75%-2.00%. In the press conference, Powell noted the “favourable” economic forecast, explaining that this easing step was to “provide insurance against ongoing risks”. Strictly speaking, these comments turned out to be a little hawkish than the market expected, pointing to a possible pause in policy easing.

Overall, Powell was very optimistic about the state of the economy, noting healthy growth rates of employment and consumer activity, despite the lower capital expenditures of companies.

Powell’s speech proved to be very convincing, as the economy has recently provided very positive economic data. A few hours before the rate decision, we saw the highest number of construction permits in 12 years. The day before, the Fed had published robust industrial production data, indicating a likely upward reversal in business activity not only in the consumer but also in the manufacturing sector.

Financial markets closed Wednesday’s trading with a slight increase of 0.03% for the S&P 500, having recouped the initial losses by more than 1%. Among the anxious moments, it is difficult to ignore the lack of unity in the Fed. Three out of 10 voting members of FOMC dissented from this step. Two of them prefer not to change the rate, and one of them prefer to reduce it by 50 points. There was even more separation in the Fed’s forecasts, reflecting the high degree of rate uncertainty even for the regulator. However, the uncertainty is primarily caused by the U.S. – China trade negotiations, out of Fed’s sphere of influence. 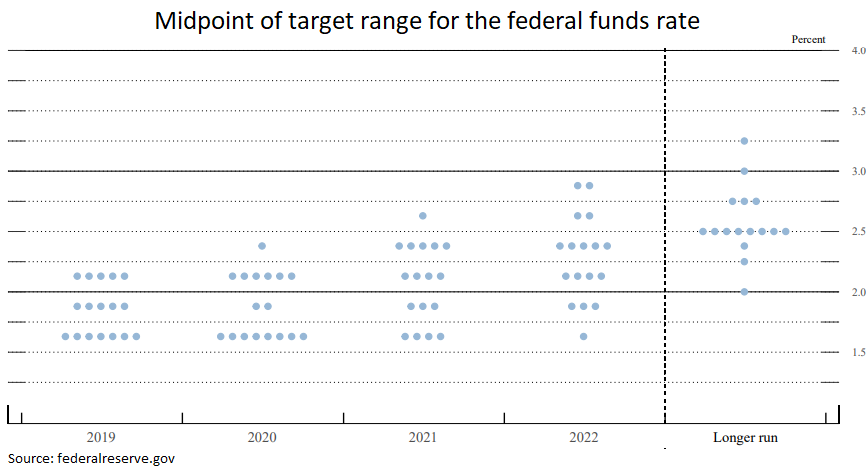 As the FxPro Analyst Team said, the Fed may well start a new trend among the world’s central banks – a pattern of confidence that the economy will handle the difficulties. If not, the help will quickly come. On Thursday morning, the Bank of Japan also generally supported the overall line with the Fed, deciding not to change the monetary policy parameters.

The softer tone of central banks often supports equities, so the tone of the Fed and the Bank of Japan caused moderate pressure on the equity market, as well as supported the growth of bond yields. 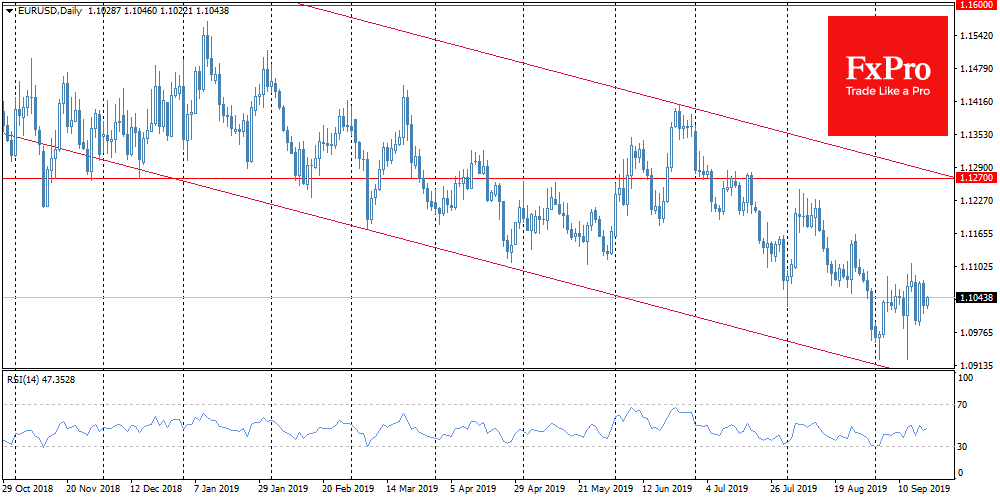 The markets attention now focused on the meetings of the Swiss National Bank and the Bank of England. If the desire to actively support the economy will step back to a reluctance to put undue pressure on the pedal of monetary easing, the stock markets may be under some pressure. However, as in the case of the Fed, this pressure can be very moderate and short-lived.

USDJPY lost about 0.5% in the morning after lack of changes from the BoJ. EURUSD treading waters around 1.1000 for two weeks already while GBPUSD several times bounce back from 1.2500 during the week. Most of the “yielding” emerging market currencies are climbing over the last 24 hours. All these are signs of calm in the currency market.

A canary in a coal-mine may be the weakening of the Australian dollar and the Chinese yuan in recent days. Among stocks, one can point to a significant decline in revenue forecasts for FedEx, an international logistics company that has seen its worst growth rate in 10 years and significantly reduced its revenue forecasts. These worrying calls, in general, do not look serious enough to talk about a new global crisis right around the corner.