Fears of Trump impeachment reasonably put pressure on the markets

American markets came under pressure on Tuesday and stay in red on Wednesday morning after the Democrats launched the formal procedure of impeachment of the U.S. President. The reason was the suspicion that Trump sought foreign help to smear a political rival.

Market historians suggest that Wall Street should not be worried, as the initial market downturns were quickly redeemed. Nevertheless, it looks like an unnecessary simplification of the current situation. Let’s try to see why the markets still have reasons to worry. 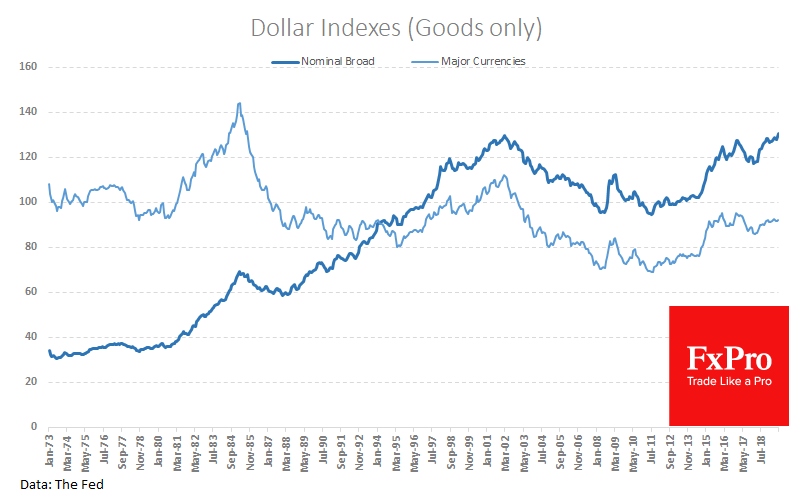 The impeachment requires 2/3 of the senators’ votes, and Republican Party representatives currently own the majority of the Senate, so it may not go any further than the House of Representatives. However, this excludes that there are also quite a few opponents of the current president among the Republicans. In the event of a growing scandal, there will be even more of them or Trump, as Nixon, may resign.

As the FxPro Analyst Team said, markets are trying to be the first to react to events based on first talks, assessments, and hints. Acting according to the logic “buy rumours, sell facts”, we have repeatedly observed a seemingly opposite reaction. They grew on the bad news, as it has already been priced in the quotes.

Stock markets love Trump (if such a word is applicable in this case) for his constant pressure on the Fed with rates cut. Besides, he implemented a tax reform that helped U.S. stock indices update their historical highs in 2018, despite the trade wars. For comparison, the German DAX30 now 10% below its peaks in January 2018, the Shanghai-based China A50 is 9% lower, while the S&P 500 stands 3.5% higher. At the same time, the dollar added 10% during this period, which is tantamount to an additional impulse to the stock prices. 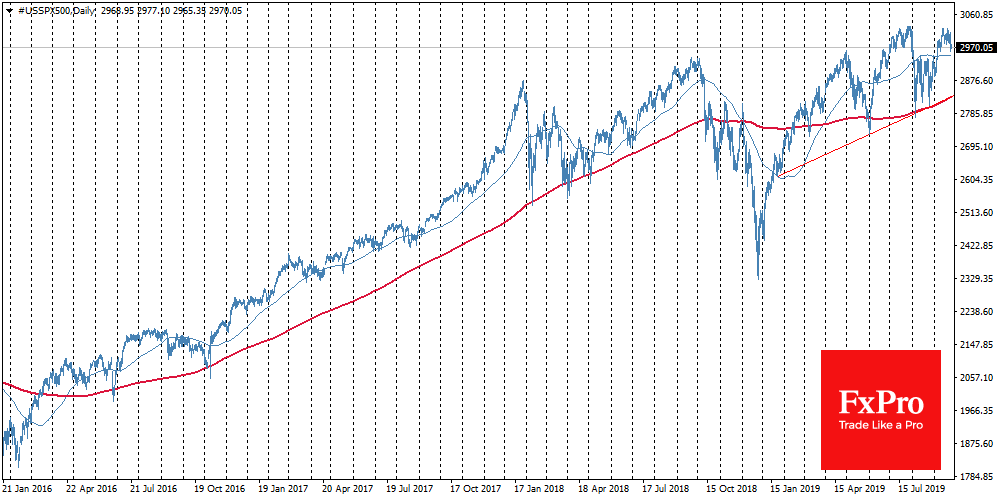 Now, let’s move on to trade disputes. Donald Trump was criticized for unleashing tariff disputes, but what’s done is done. Trump initiated trade talks, so the possible change of president in the U.S. is likely to turn into a lull in negotiations. Who wants to spend time and energy in delicate negotiations with a man who is slipping away from power. Right now we are witnessing some easing of rhetoric, but the impeachment story looks like a severe brake on the pace of negotiations. The freezing of talks at this stage promises to continue to cause a slowdown in the global and American economy, causing pressure on stock markets.

For some time, the markets may become vulnerable to the news of a possible Trump impeachment, increasing the purchase of protective assets in a period of heightened uncertainty. Paradoxically, the dollar is in the category of “safe” assets. Its may further strengthen from the current levels near the two-year highs to the basket of major currencies, and historical highs to the broad trade-weighted basket could become an unnecessary obstacle to the economy and dramatically increase the chances of slowdown.

No matter how badly many market commentators treat Trump, the U.S. president’s impeachment process promises to be a new sensitive topic for the markets. Further continuation of the story potentially may return the S&P500 to the August lows near 2800, which is 6% below current levels.