Facebook, Apple, Google, and Amazon: a tough time ahead 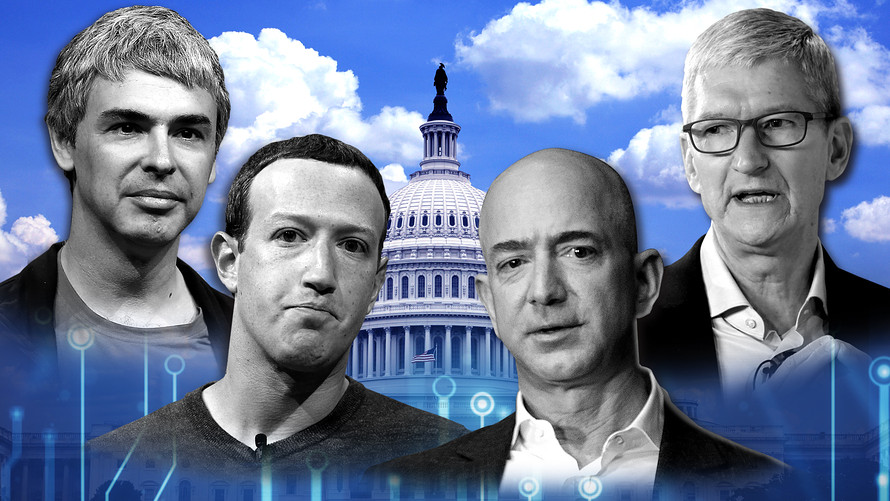 The Justice Department’s broad-based inquiry into tech companies could be a politically motivated saber-rattling investigation or a battle between two government agencies, but that doesn’t make it any less of a concern to investors in the most valuable companies in the U.S. Tuesday’s news of a new, seemingly broader investigation into Big Tech adds another big cloud for investors in Facebook Inc FB, +0.02% Apple Inc. AAPL, +0.78% Alphabet Inc.’s GOOG, +0.72% GOOGL, +0.78% Google and Amazon.com Inc. AMZN, +0.45% , even if some believe it is a politically motivated move that will not end in serious charges or changes.

“Without much more information, this sounds more like the politics that the antitrust division has been playing for the last couple of years,” said Larry Downes, a senior industry and innovation fellow at the McDonough School of Business at Georgetown University. “They know antitrust law has not changed in 20 years.”

In an unusual statement, the Department of Justice confirmed that it is “reviewing whether and how market-leading online platforms have achieved market power and are engaging in practices that have reduced competition, stifled innovation, or otherwise harmed consumers.”

Beyond Democrats vs. Republicans, there are some who believe that the new investigation is part of interagency squabbles between the Justice Department and Federal Trade Commission, which reportedly took time splitting up authority over individual antitrust probes before Justice declared its own inquiry into the entire sector Tuesday.

No matter the motivations behind the new investigation, it further clouds the potential for some of the largest and most prominent American companies, especially Facebook (already facing a $5 billion fine from the FTC), Google and Amazon. These inquiries are never completed quickly, and the rhetoric only seems to be ramping up as we head toward 2020, so it could remain a scary unknown for quite a while.

The Big Tech antitrust investigation may be a political game, but that doesn’t mean it will end quickly, MarketWatch, Jul 24