Home › Market Overview › ECB Day: in anticipation of the decision

ECB Day: in anticipation of the decision

Market focus Stock indices are growing on expectations of the Fed and the ECB’s imminent policy easing. Meanwhile, Haruhiko Kuroda, Governor of the Bank of Japan, has also hinted at the willingness to join the key “trend” of recent weeks. Speculations about a possible reduction in rates help the markets, causing the euro and the Japanese yen to weaken since the event – albeit a potential one – is already embedded in the dollar quotes.

It is worth noting that the readiness of the largest central banks to help the economy is very commendable and supports optimistic sentiments. However, it is surprising that central banks rush to act based on only a small range of signals, without waiting for the appearance of clear signs of an economic downturn. Such a rush distinguishes this situation from previous historical episodes. There are reasons to believe that financial regulators are led by governments, whose sole purpose is to gain a competitive advantage in international trade.

The EU and US PMI data were released with a decline yesterday. At the same time, composite indexes remain above 50, in the growth territory. In Britain, have seen an increase in the number of mortgage loans issued in the last three months, demonstrating that borrowers maintain confidence in the future.

Stocks The Nasdaq and S&P500 closed Wednesday at historic highs, due to speculation around a possible policy easing. Texas Instruments Inc gave hints that the slowdown in the semiconductor industry may not be as long as previously stated. The company’s comments had a strong influence on the indices, as it is considered one of the overall economic situation barometers. 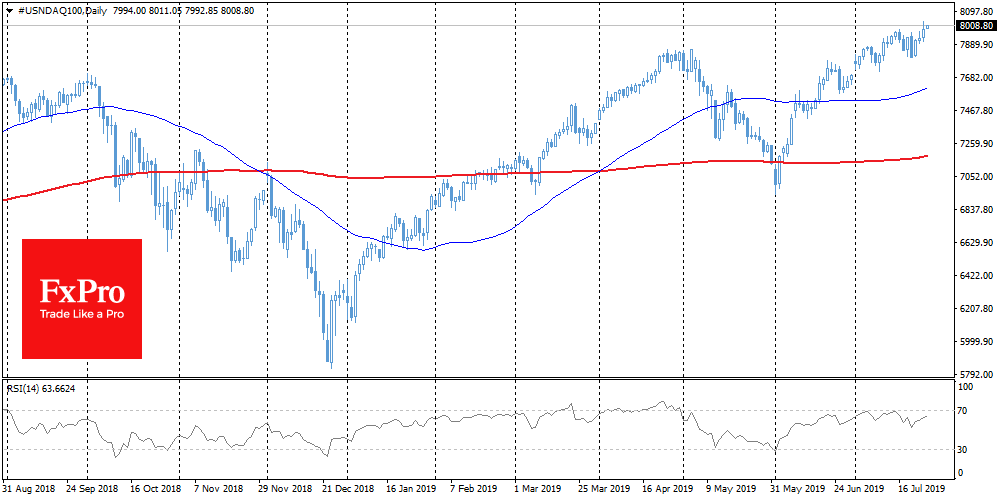 EURUSD The single currency continues to be under pressure this week. Since Monday, the markets have been revising their expectations from the ECB’s actions, taking into account that the rate cut is not the only lever in the regulator’s hands. Other measures may well be taken to maintain liquidity, and of which we could learn about any statement of intent, during today’s Mario Draghi press conference. 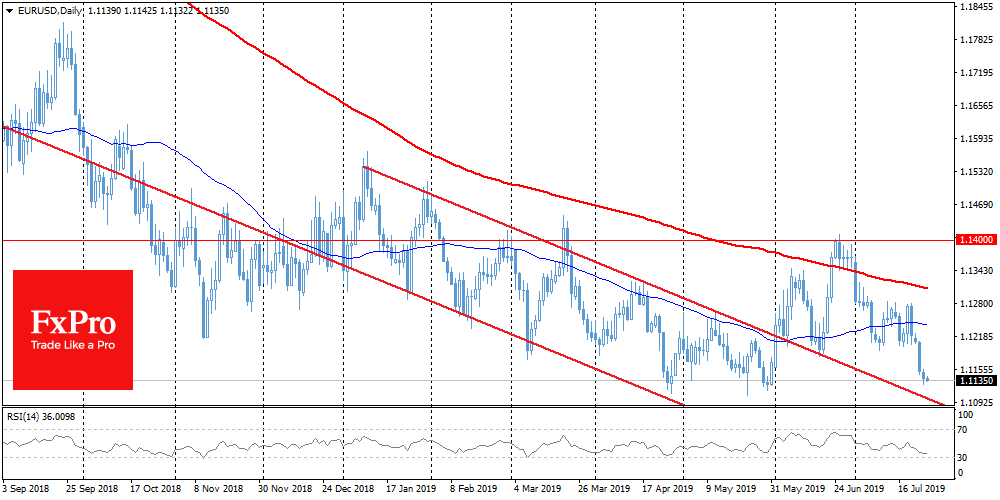 AUDUSD The Australian dollar has been losing ground since last Friday, despite the positive dynamics of the US and Japanese stock markets. The Australian currency has its reasons for weakening, as investors expect further steps to be taken in reducing rates from the RBA. However, AUD often acts as a reliable indicator of sentiment, and the Aussie now warns that, despite the growth of markets, difficult times may lie ahead. 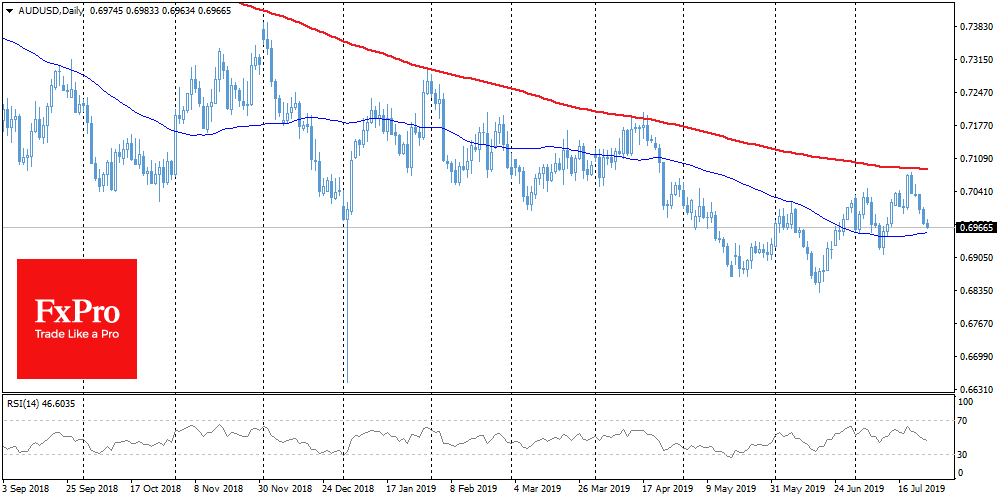