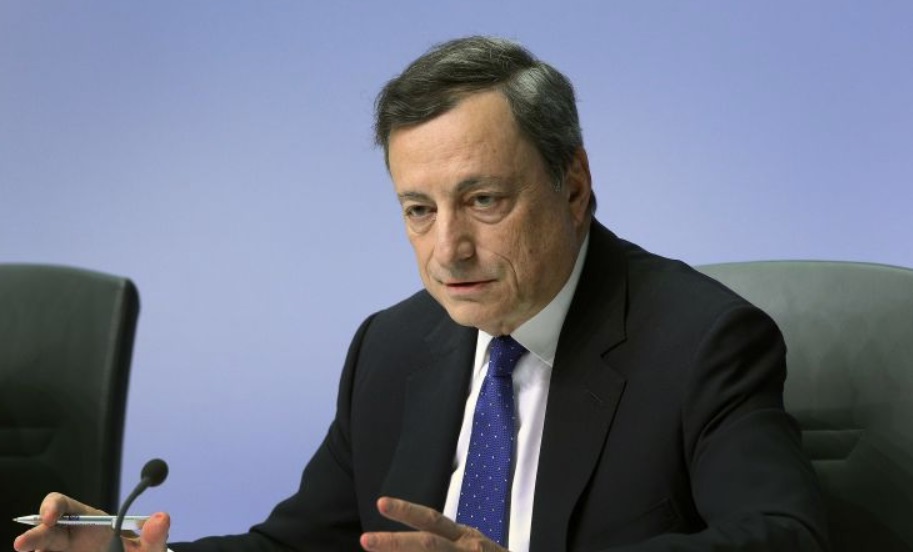 Europe’s head central banker was less inclined Thursday to interest rate cuts and monetary stimulus than expected, and his tone convinced markets that the Federal Reserve will have a similar stance at its meeting next week.The outlook now is that the Fed will trim rates by just a quarter percentage point, not a half point, as some had suspected.

The European Central Bank kept rates steady but said that it could lower them in coming months, and that it was ready to deliver further stimulative measures. But when ECB President Mario Draghi spoke after the statement, he was dovish but did not provide more details on asset purchases and said the odds were low that the European economy would head for a recession.

“Draghi made a lot of promises but he didn’t do anything actually,” said Ward McCarthy, chief financial economist at Jefferies. “He came out of the starting gate fast, but the follow-through did not deliver on those expectations. I think the expectation was that he would be more committal than he was. There was an expectation that the ECB was ready to move sooner. This had knock-on effects for expectations for the Fed next week. The thinking is maybe those that were expecting a 50 basis point cut should downgrade those expectations.”

The result was a swift, wild swing in bond markets and the euro, which had skidded to a year low, before totally reversing its move to be higher on the day. German 10-year and 30-year bund yields fell to new lows on the ECB statement but reversed sharply while Draghi spoke. The Treasury market went along for the ride, and the U.S. 10-year yield, which influences mortgages and other lending rates, slid to 2.01% and then jumped to as high as 2.1%.