Home › Market Overview › Donald Trump is now the third president in U.S. history to be impeached by the House

Donald Trump is now the third president in U.S. history to be impeached by the House 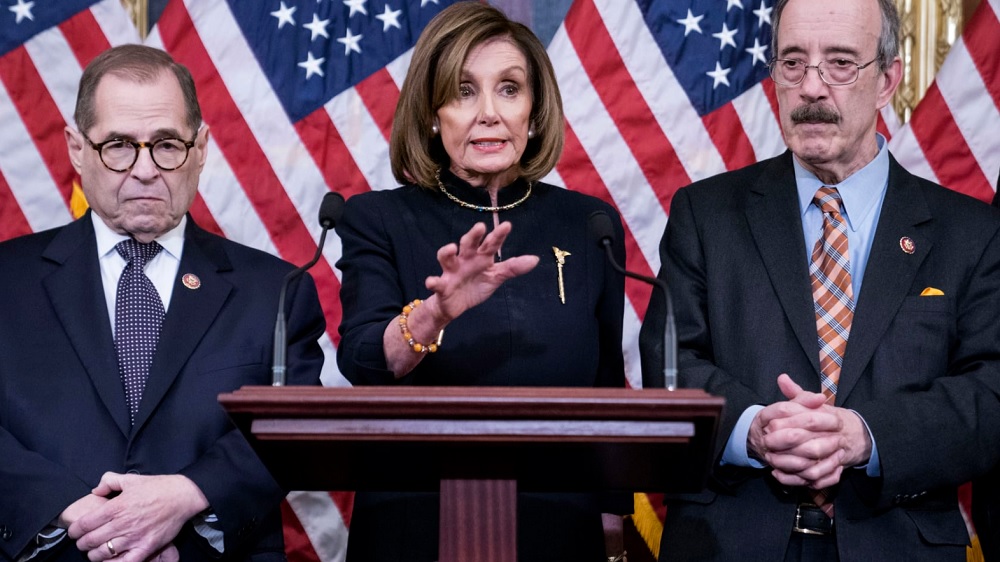 Democrats on Wednesday night voted for two articles — abuse of power and obstruction of Congress — after eight hours of debate on the House floor, where hundreds of lawmakers traded barbs for and against impeachment.

The historic votes capped a three-month inquiry by House Democrats into Trump’s dealings with Ukraine. But the impeachment process is far from over: The proceedings now move to a trial in the Senate, which holds the final authority on whether to convict Trump and remove him from office, or to acquit him.

Republicans hold a 53-47 edge in the chamber. Conviction and removal requires 67 votes. No Senate Republicans have signaled that they would vote to convict Trump.

Here’s what to expect: House lawmakers may be passing the impeachment reins to the Senate, but they still have business to take care of. After the votes to impeach Trump, House Democrats will select so-called impeachment managers to appear before the Senate during the trial and share findings from their inquiry.

House managers have historically been members of Congress, who assume the role of prosecutors in the Senate trial. For instance, 13 Republicans from the House Judiciary Committee acted as the managers in then-President Bill Clinton’s Senate trial, presenting their case for his removal over three days.

Donald Trump is now the third president in U.S. history to be impeached by the House, CNBC, Dec 19
Article Rating
Rate this post
Related Articles