The dollar turned downward on Tuesday after touching two-week highs and is slightly changed on Wednesday morning ahead of the Fed rate decision. Debt markets priced in a 98% probability of rate cut today, which will be the third consecutive easing of monetary policy. The tone of accompanying comments may have a much more significant impact on the markets, where the markets will be looking for hints at further steps of the Central Bank.

At the moment, the market prices in a 21% chance of another decline in December. The Fed can strengthen or weaken these expectations. In both cases, the dollar is likely to move from its current position. 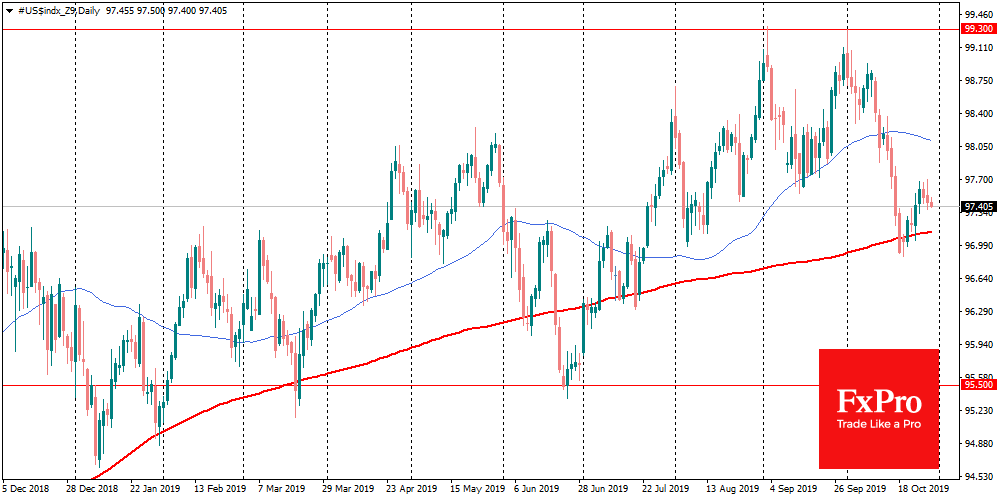 As the FxPro Analyst Team said, earlier Fed’s Powell repeatedly noted that easing of monetary policy is a “mid-cycle adjustment” to secure growth and was not a sign of an imminent recession. Hints that the Fed is set to take a long pause after today’s step could support the dollar, as the markets will have to discount the chances of further policy easing.

Within the local trend, the dollar index has a place to grow. After touching a 3-month low near the 200-day average of October 18, the dollar index added 0.5% but remained 2% below its peak levels in early October. DXY may quickly return to its previous peak in case of a clear signal from the Fed. For EURUSD, there is potential for decline to 1.09 in this case.

However, over the last 24 hours, the chances of another option have increased somewhat. The US Central Bank may well keep the possibility of a further rate cut in the coming months. Consumer sentiment has been deteriorating for the third month in a row, although previously it remained an essential driver of economic growth. Today will be published the first assessment of the US 3Q 19 GDP, with expectation for slowing to the 1.6% annualised rate, the weakest over the last four years. Previously, we saw retail sales, durable goods orders, housing sales, and home prices came out weaker than expected, raising a degree of concern about whether the world’s largest economy is indeed immune to the global slowdown. 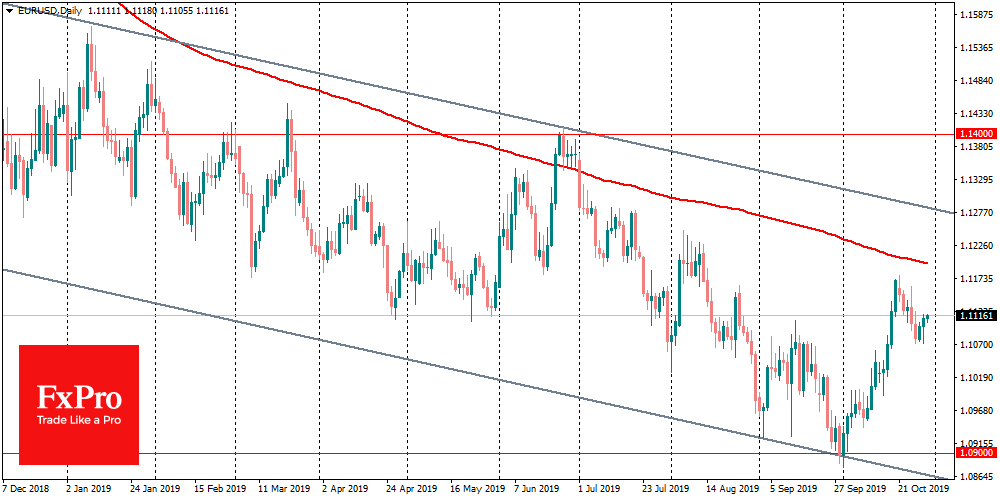 Possible rising Fed concerns about the health of the US economy, there is potential to weakening of the dollar in the coming weeks and even months. Further active Fed’s rate cuts can fuel domestic and even global growth, as well as pull up financial markets.

Dollar enjoys relatively favourable technical picture, with the DXY is above the 200-day average. The Fed’s softness can break this. If Powell hits he is ready to further rate cuts, the dollar can break its upward trend, potentially targeting levels 2% below current levels. For EURUSD, this threshold can be at 1.12. Climb above this may open a straight way to 1.14 before the end of the month and to1.15 by the year-end.