Politicians have forgotten how to negotiate. Hopes for the Sino-US trade deal as well as UK-EU Brexit deal are melting away once again. The US authorities are moving forward to limit capital flows to China just a few days before the trade talks. Moreover, US President Administration seems ready to expand the companies so-called blacklist and announced that ready to invest in European competitors of Chinese IT companies. All these news severely suppress expectations from the upcoming trade negotiations this week. Financial markets have returned to a decline. The S&P 500 declined by 1.5% on Tuesday, and the dollar returned to growth, adding 0.4% on DXY and lead EURUSD to decline below 1.0940 at one point. The protective assets demand mainly caused USD strengthening this time other than by the belief in the US economic strength. 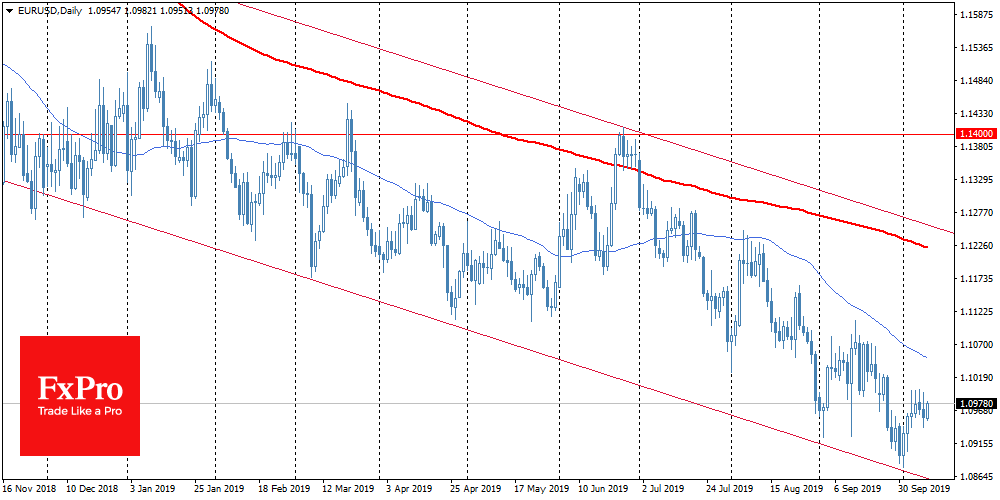 Moreover, producers’ prices in the US in September were much weaker than expected, further increasing expectations of Fed rates cut at the end of the month. PPI declined by 0.3% MoM and slowed down to 1.4% YoY vs the forecasted 1.8%. Manufacturer prices are often an early indicator of consumer inflation, due on Thursday.

As the FxPro Analyst Team said, it is even more remarkable that the USD growth took place against the background of Powell’s announcement on Fed buying assets on its balance sheet. The Chairman of the Federal Reserve Board noted that these new measures, Fed will announce later, but they should not be confused with QE. Their goal will be to normalize the situation in the money markets, not to create additional pressure on interest rates in the economy. Market demand for protective assets suppresses signals, which in ordinary times would contribute to the weakening of the dollar. 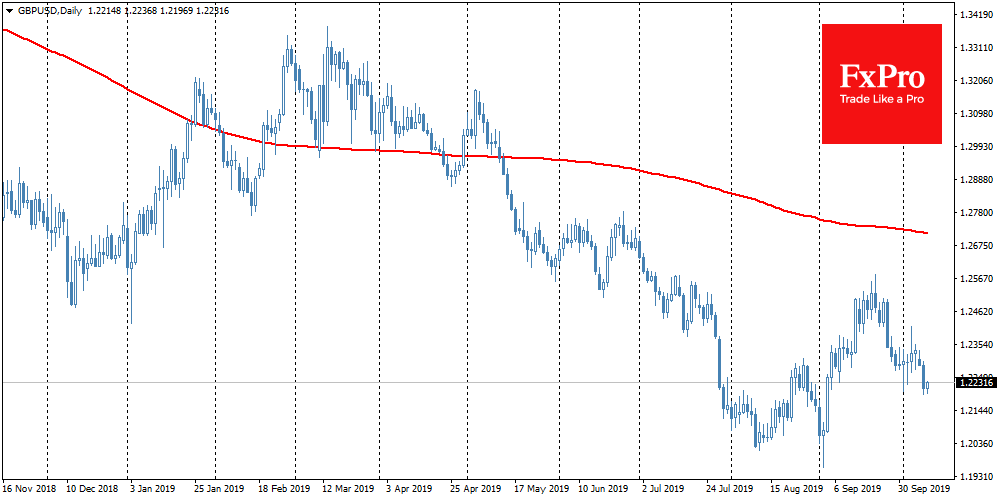 Separately, the GBPUSD returned to 1.22, losing 0.7% overnight and returning to one-month lows. After the conversation with Johnson, Merkel said that the chances of a deal are decreasing. All this brings back uncertainty to the markets, which may persist until next week when the EU summit will take place. The majority of observers are inclined to believe that the UK will get a new Brexit postponement, as the current plan will not be approved. The news about the Brexit delay is often decisive for the pound, but now, due to increased uncertainty, makes markets cautiously consider buying the British currency. GBPUSD is quite capable of returning to the area around 1.20 on this news, especially if at the same time increases the demand for the dollar and other protective assets. Nevertheless, the decline in this area looks like an extreme scenario.