Home › Market Overview › Disappointment with the Fed and tariffs; markets waiting for the NFP

Disappointment with the Fed and tariffs; markets waiting for the NFP

Market focus Trump announced 10% tariffs on Chinese goods worth $300 billion since September 1, thus ending the US-China trade truce after disappointingly slow progress being made during negotiations. In addition, the president threatened to tighten these conditions in the event that negotiations drag on. As the FxPro Analyst Team said, despite those expectations from the previous round were already low, the escalation of belligerent rhetoric caused a weakening of key market indices and put pressure on Asian currencies.

Today, the Nonfarm Payrolls will be released in the United States. As a rule, the markets are completely calm the day before, as if preparing for a large portion of important data. In this regard, it may well be that the changes in tariffs are not yet fully incorporated into the quotes. This news is capable of having an even stronger impact on the prices of key indices at the end of the day and at the start of the next trading week. In other words, it may well turn out that the reaction of the markets after the NFP publication will also contain a deferred reaction to new tariffs.

It is expected that the report on the US labour market will mark a slowdown in employment growth from 224K to 160K. This is below the average job creation rate over the past 10 years, but it is unlikely to scare markets and adjust them to the inevitable rate cut in September.

Stocks US key stock indexes sharply turned to decline after the news on tariffs. Intraday S&P500 fell by 2.3% and failed to cling to levels above 3000. Fiercer than expected, the Fed’s tone and the escalation of trade conflicts drove the US market from historic highs by 2.7%. Now, the focus has shifted to the third key event of the week – the employment report. If it does not meet the expectations, it will be difficult to count on the positive dynamics of the markets. Moreover, it can provoke the beginning of a deep correction. 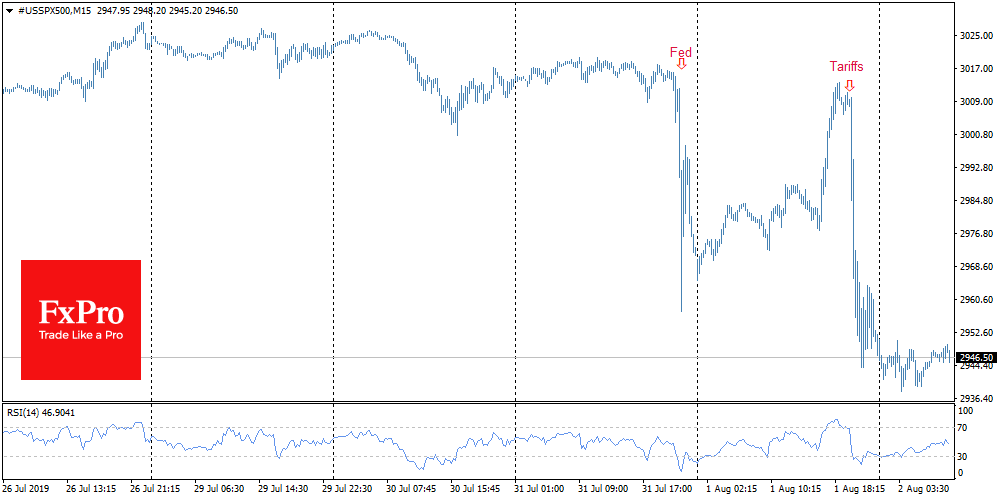 EURUSD The single currency sagged to 1.1025 on Thursday, in reaction to the Fed’s comments. However, the pair managed to regain some positions, returning to 1.1080 at the time of writing. However, the previous strong support at 1.11 could turn into the resistance now. Escalation of trade conflicts earlier spurred the dollar strengthening. This relationship may well remain in force, developing a trend to reduce EURUSD. 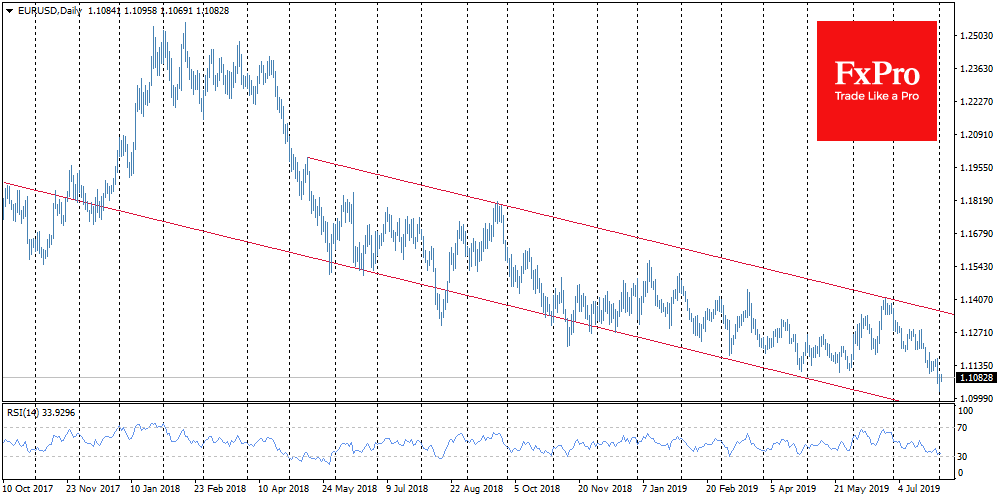 USDCNY Chinese yuan was hit on the news about the new tariffs. Adding almost 1% overnight, USDCNY jumped back to the highs of October 2018 and June 2019, at the peak of trade wars fears. Prior to this, the pair were invariably rejected from these levels, not without the help of interventions from the People’s Bank of China. Traders with a yuan should be careful, as the bank may retreat a little to protect the national currency. 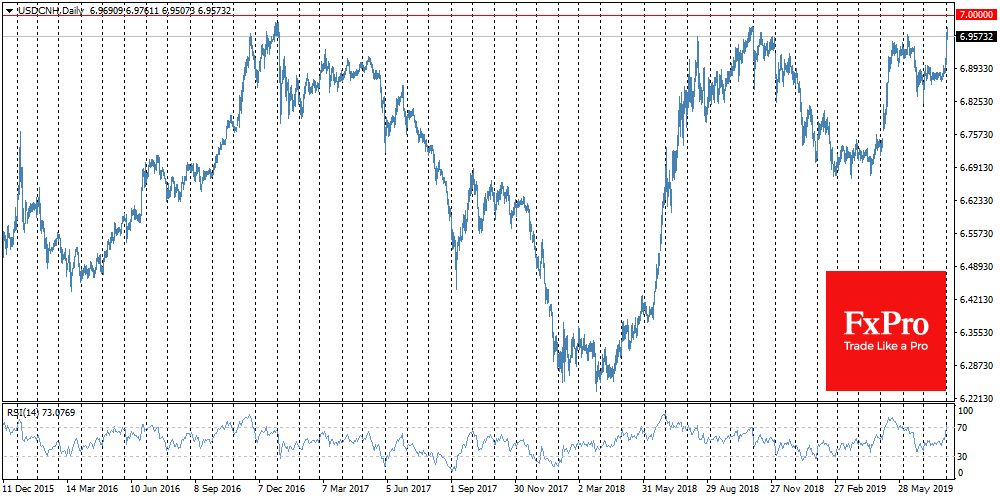