Market focus Markets strengthened yesterday after the People’s Bank of China tried to contain the national currency volatility. The official rate was fixed below 7.0. However, offshore yuan gave up a little on Wednesday, trading at 7.06. Markets continue to wonder whether the PBoC will support the exchange rate, or just try to calm the markets, but allow its creeping weakening. Judging by how the regulator has been acting over the past year, organised easing seems to be the most attractive option for an export-oriented country. As a rule, central banks limit themselves to temporarily restraining market panic, while trying to avoid completely reversing the trend towards a weakening currency, as a weakening exchange rate usually accelerates economic growth.

Additionally, markets were reassured by the fact that the US side revealed its intention to continue trade negotiations. This was a very expected move because raising tariffs was just one method of accelerating the dialogue – not the ultimate goal of Washington politicians. 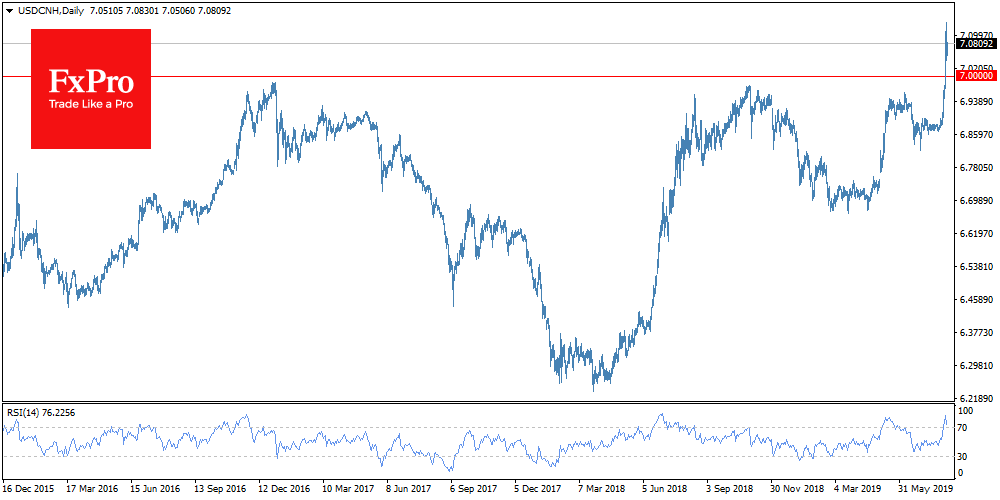 NZDUSD The Reserve Bank of New Zealand cut the rate immediately by 50 points to 1%, while the vast majority assumed a decrease of only 25 points. As a result, NZDUSD collapsed 160 points to levels below 0.6400 – the lowest since 2016. New Zealand is a small country that is heavily dependent on the growth rates of China and Australia. As the FxPro Analyst Team said, softening policies eloquently reflect concern in this part of the world. This may be a signal that another country is ready to take the path of currency wars, stimulating the economy through a weakening exchange rate. 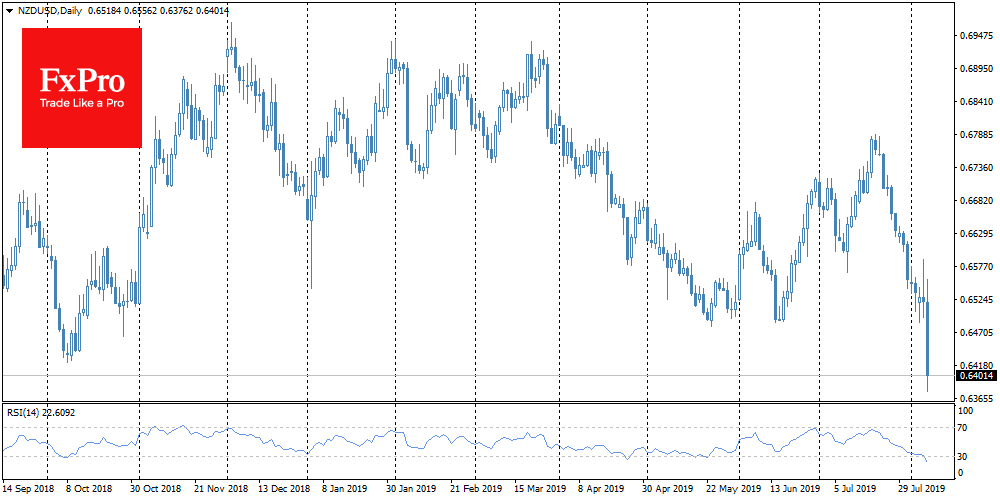 EURUSD The single currency is trading at 1.1200. Since last week, the EURUSD rate has a direct relationship between the intensity of market fears: the chart rose from 1.1020 to 1.1250 against the backdrop of market turbulence, and then rolled back to 1.1200 at a rebound and hovered at this level in anticipation of further signals. Today, little data is published, and therefore, the attention of the markets will be attracted only by Evans’ speech, which will commence at the beginning of the American session. 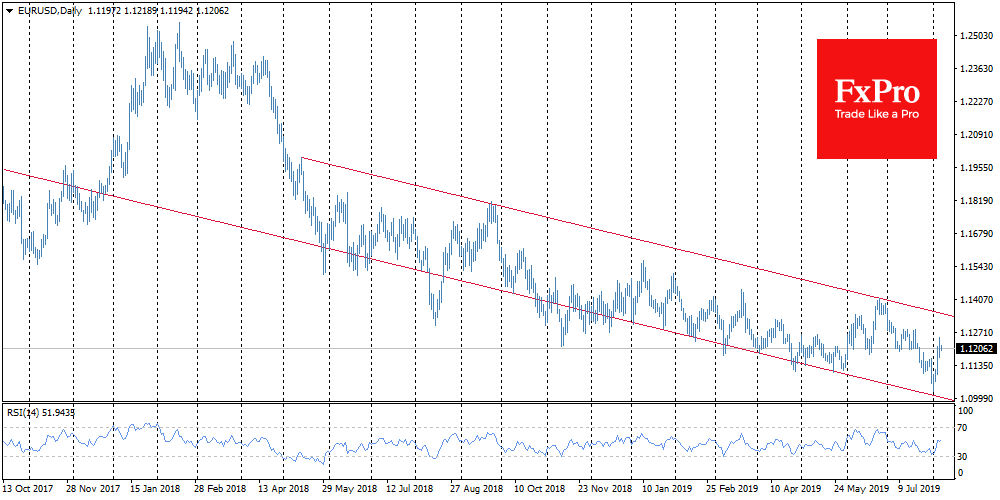 Stocks Markets made a sharp leap on Tuesday. Key US indices jumped 1.2% -1.3% but hovered near achieved levels. Suddenly, the actions of the People’s Bank of China became the main driving force for the markets: the main sites are where the yuan is. At the same time, the weakening of peripheral currencies cannot be overlooked. A sharp easing of the RBNZ policy alongside more easing from Thailand and India may not be the last evidence that more and more countries are trying to weaken their currency in order to spur growth. 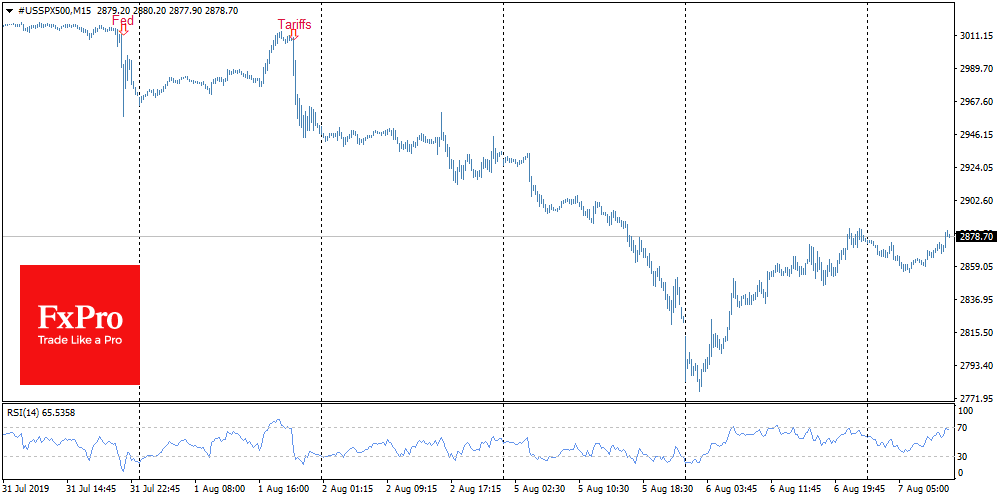