Chinese yuan could head to 7.2 versus dollar in November, Goldman says 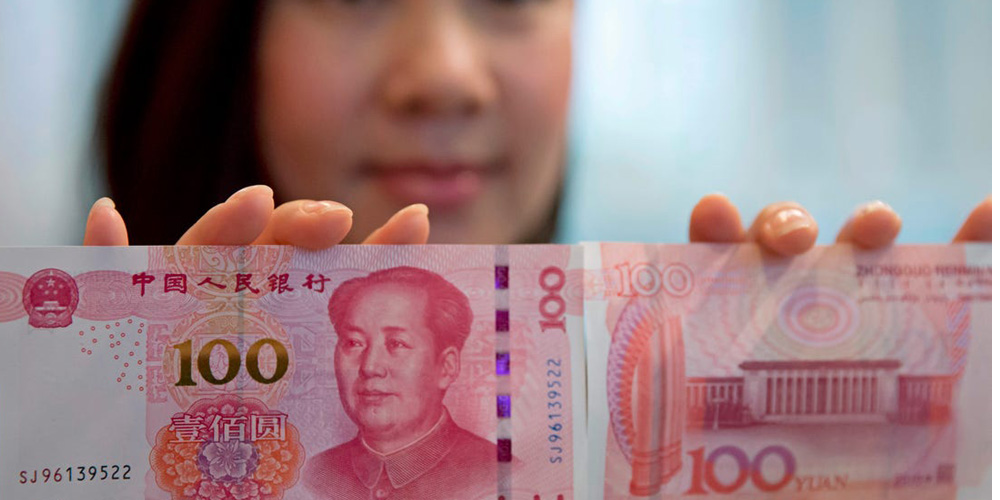 The Chinese yuan is expected to show some near-term weakness against the U.S. dollar, according to investment bank Goldman Sachs. On Friday afternoon, the onshore yuan changed hands at 7.0663 at 2:28 p.m. HK/SIN after the People’s Bank of China fixed the day’s midpoint for the exchange rate at 7.0749.

“We forecast a rise back to 7.20 versus the dollar, so trading towards the weak end of the band around the fix,” Zach Pandl, co-head of global foreign-exchange rates and emerging markets strategy at Goldman Sachs, told CNBC’s “Squawk Box” on Friday. That move will likely happen “over the course of the next month, is our best guess,” he added.

Earlier this month, when the U.S. and China reached a partial breakthrough in trade negotiations, the yuan strengthened from levels near 7.11 to around 7.06 per dollar. China maintains strict control of its currency’s exchange rate for the onshore yuan, which is traded on the mainland. It is allowed to trade within a narrow band of 2% above or below the day’s midpoint rate, and if it deviates too far, the Chinese central bank steps in to put a lid on volatility.

The yuan weakened past a psychologically important level of 7 per dollar in August, which led analysts to believe that China could let its currency weaken to help offset the impact of higher duties on Chinese exports to the U.S. A weak currency makes a country’s exports cheaper on international markets, and therefore more attractive.