Market focus Chinese data shows a slowdown in the economy. Retail sales, investments in fixed assets, industrial production – all these figures significantly below expectations in April. The effect of monetary policy easing in previous months and weeks has not yet reached the economy. What is even more disturbing is that the Chinese economy may need even more stimulus.

Stocks Key US stock indexes on Tuesday raised around 0.8%, offsetting a third of decline at the start of the week. Chinese China A50 jumped 2.5% on Wednesday, showing a more confident rebound. However, this growth, as we noted the day before, do not look steady. Futures on the S&P 500 lost a positive momentum, trading virtually unchanged from the beginning of the day. The yield on 10-year government bonds fell to 2.38% —minimum levels since March, reflecting increased demand for defensive assets and could turn into increased pressure on stock indexes later in the day. 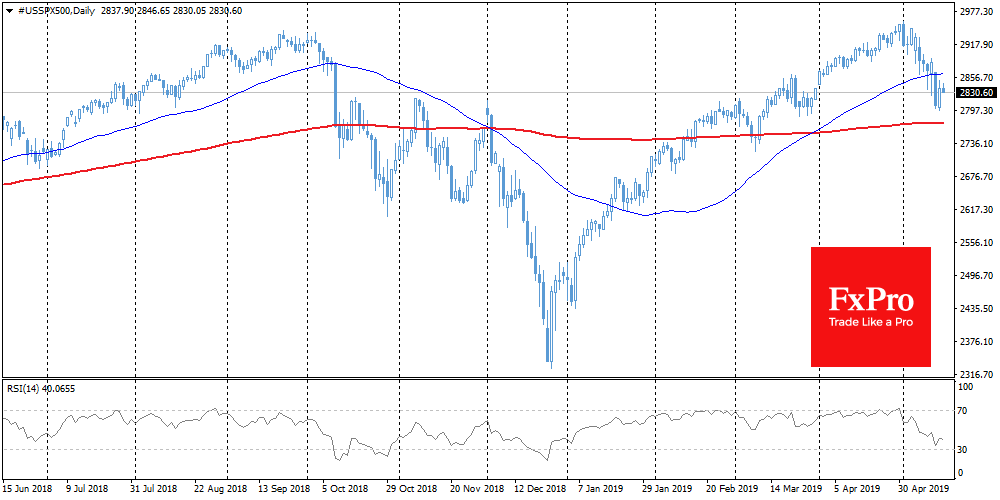 EURUSD The single currency returned to 1.1200, developing a retreat from the resistance of the downward channel and the MA50. Germany’s ZEW business sentiment index unpleasantly surprised yesterday. Instead of growth, which was predicted by market analysts, the index returned to negative territory. Escalation of trade disputes has a negative effect on business sentiment in Germany, despite the fact that assessments of the current state are gradually improving. EURUSD may again be under pressure if there is an increase in demand for defensive assets in global markets, and because of this, the pair may remain within the downward channel from the beginning of the year. 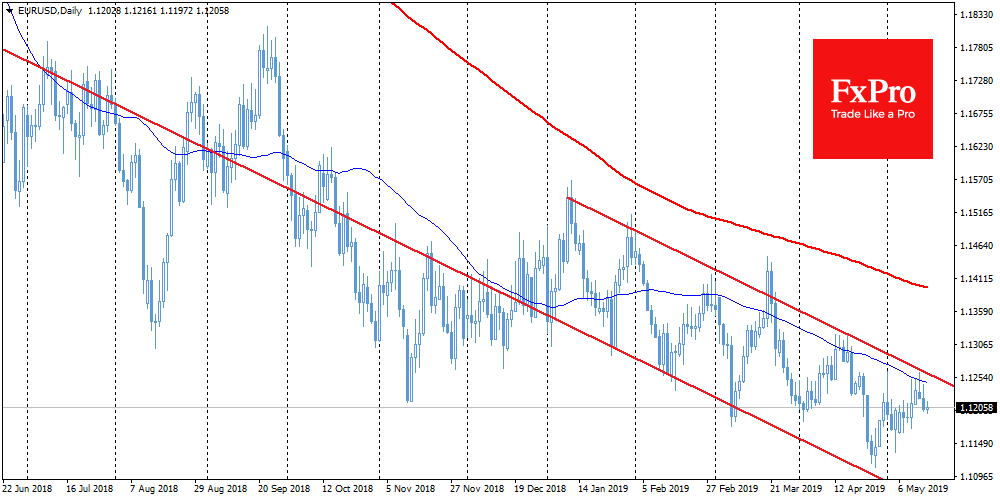 Chart of the day: AUDUSD The Australian dollar declines to 3-year lows area against the dollar. Since the middle of last month, AUDUSD has lost about 4%, increasing the decline in the downward trend. Weak data from China and the persistence of fears around trade wars fuel pressure on the Australian dollar. After 2003, AUDUSD was below 0.700 only during periods of highest fears around the state of the global and Chinese economies. A decrease to these levels can serve as an indicator of increasing tension on the part of investors, despite some rollback of stock markets. Tomorrow morning, the Australian labour market will be in the spotlight. It remains strong, and a new batch of good data may ease some of the pressure on the Aussie. 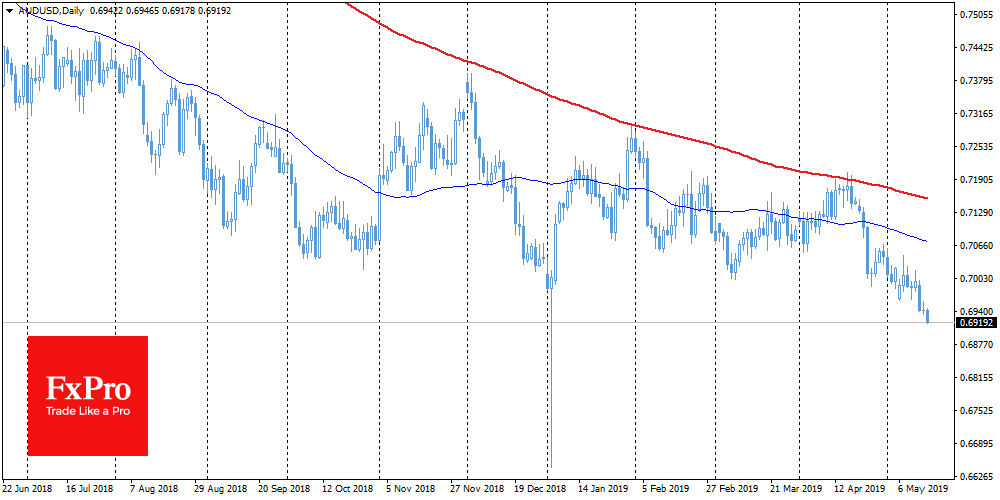