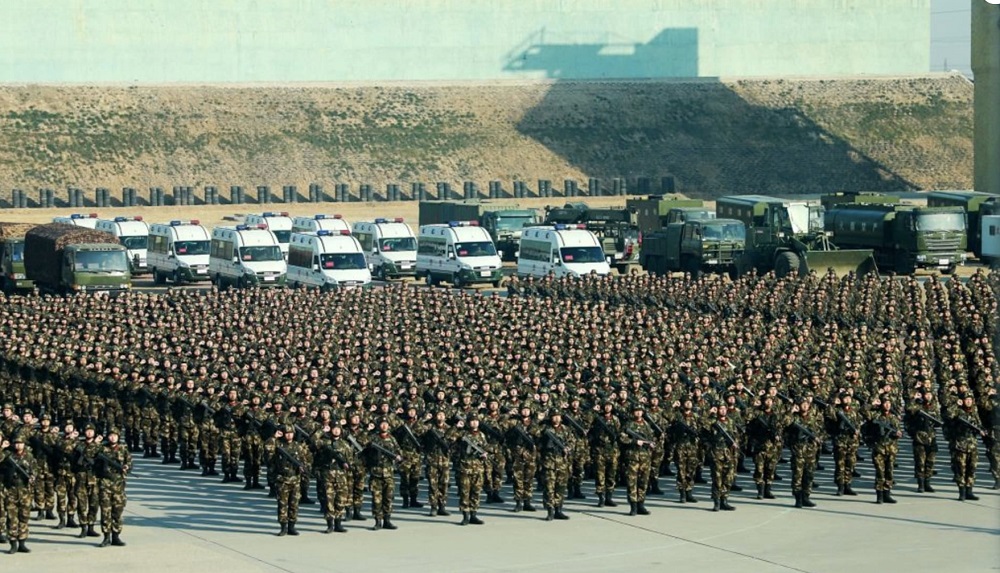 NATO, the 29-member military alliance, was set up 70 years ago to counter the threat posed by the-then Soviet Union. But now, another rising military power is in its sights: China. As heads of state and government gather in the U.K. Tuesday for a two-day meeting of the alliance, shifting geopolitical relationships and emerging challenges will be in focus for the fractious group. Previous meetings have been dominated by the alliance’s old foe Russia, following Moscow’s annexation of Crimea from Ukraine in 2014.

However, many experts and leaders within the group think the alliance should now be focusing on new and emerging military powers, like China. NATO Secretary General Jens Stoltenberg told CNBC Monday that the country is “coming closer.” “What we see is that the rising power of China is shifting the global balance of power and the rises of China — the economic rise, the military rise — provides some opportunities but also some serious challenges,” Stoltenberg told CNBC’s Hadley Gamble in London.

“We have to address the fact that China is coming closer to us, investing heavily in infrastructure. We see them in Africa, we see them in the Arctic, we see them in cyber space and China now has the second-largest defense budget in the world,” he said. According to NATO’s own estimate, China had the second-largest global defense budget in 2018. In March, China set its 2019 defense spending at 7.5% higher than a year ago, raising spending to 1.19 trillion yuan ($177.61 billion), according to known figures (some believe the actual figure could be higher).

The U.S. and NATO, are watching China closely. Stoltenberg told CNBC Monday that NATO did not want to “create new adversaries” and that “as long as NATO allies stand together, we are strong and we are safe … We are by far the strongest military power in the world.”