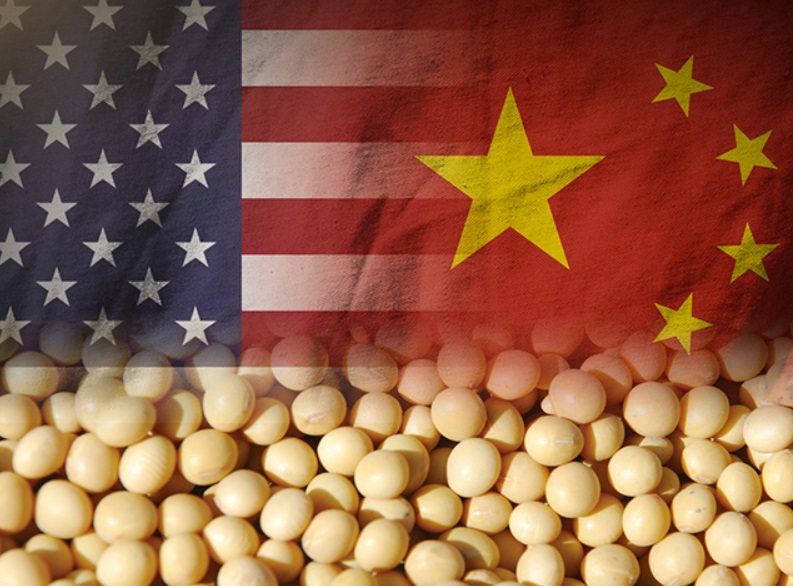 China has halted purchases of American soybeans in another move in the escalated trade war with the U.S., according to a Bloomberg report. Chinese buyers have stopped ordering and don’t expect to resume the purchases due to the disagreement over trade between the world’s two largest economies, the Bloomberg report said, citing people familiar with the matter. They also said China currently has no plans to cancel previous orders.

U.S. soybean farmers have taken a hard hit from the trade tensions as the value of soybean exports to China fell 74% to $3.1 billion in 2018 from about $12.2 billion the previous year, according to the U.S. Department of Agriculture. The Trump administration last week announced a $16 billion trade aid program for American farmers impacted by retaliatory tariffs. Soybean futures tanked to the lowest since 2009 on May 13 as the trade war heated up.

The latest move from China followed a slew of tit-for-tat tactics between the two countries. China has threatened to cut off its rare earth mineral supply to the U.S., a crucial material in the tech supply chain, after President Donald Trump blacklisted Chinese telecom giant Huawei. The U.S. Defense Department is now looking to reduce the country’s reliance on Chinese rare earth materials.