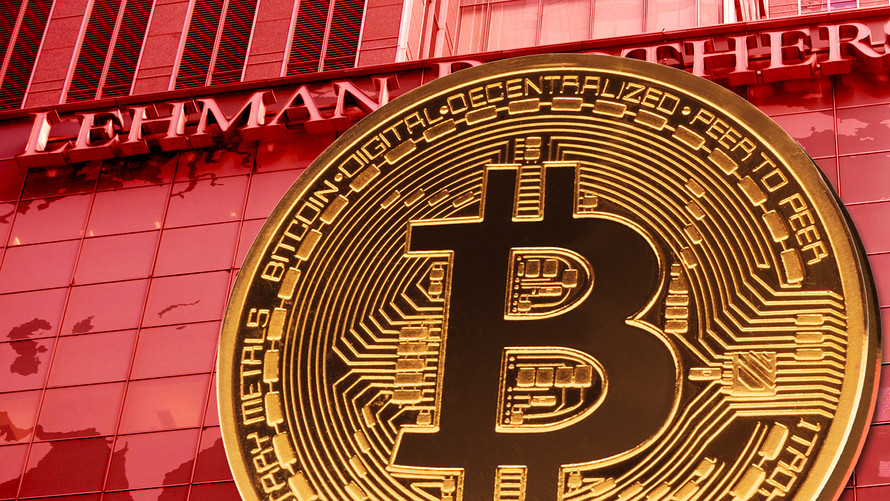 In the aftermath of the bankruptcy of Lehman Brothers, which accelerated a global financial crisis, the cryptocurrency bitcoin was born, and an entirely new financial ecosystem was devised. However, at least one expert is challenging the conventional wisdom that bitcoin and decentralized technology were the result of evangelists pushing back against the fallout from an economic crisis that brought the financial system to the brink, resulting in a wave of easy-money policies advocated by global central banks.

“Bitcoin happened to be launched in 2009, but it was the culmination of decades of attempts to create a digital currency on a peer-to-peer basis,” said David Yermack, a professor of finance and business transformation at New York University. “Commerce on the Internet has come to rely almost exclusively on financial institutions serving as trusted third parties to process electronic payments. While the system works well enough for most transactions,” as the bitcoin developer (or, perhaps, developers) Satoshi Nakamoto posited in a famous white paper on Oct. 31, 2008, “it still suffers from the inherent weaknesses of the trust based model.”

Still, Yermack said, even if bitcoin wasn’t inspired by the financial crisis, in his view, the “timing of its launch could only have helped attract users.” The emergence of bitcoin led to a further 2,000 cryptocurrencies that at one point were worth more than Apple Inc. AAPL, -1.14% and Amazon.com Inc. AMZN, -0.99% . In 10 years, the cryptocurrency boom has made many people rich and many others poor — or even incarcerated. Yet the person — or persons — behind bitcoin has remained a mystery, as has, as a result, the intent. Was the idea to disrupt the guardians of the global economy, as some assert, or was bitcoin originated for the anonymous exchange of funds in illicit commercial activities? Or maybe a bit of both, according to Sarit Markovich, clinical associate professor of strategy at the Kellogg School of Management at Northwestern University. “The quest to be decentralized can be tied to a financial crisis, but if we didn’t have bitcoin it’s likely something else to challenge centralized payment systems would have emerged.”